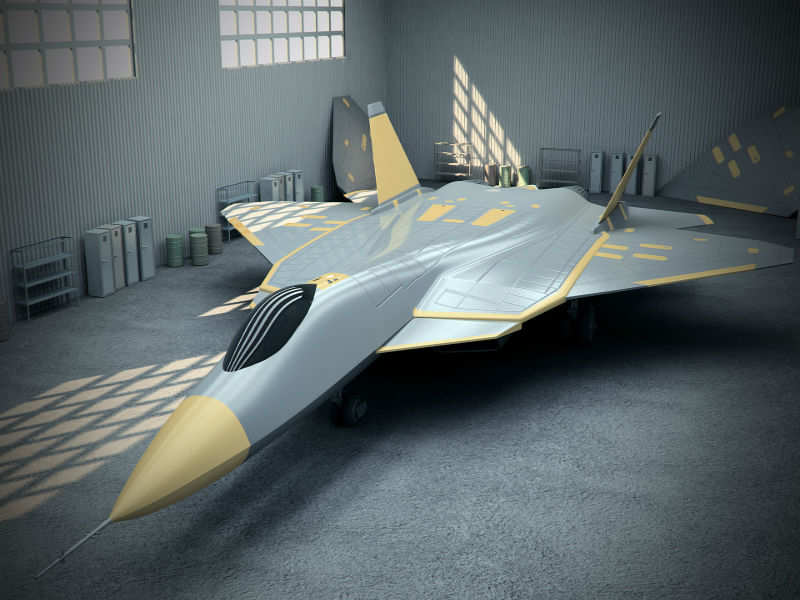 The Sukhoi/HAL Fifth Generation Fighter Aircraft (FGFA) or Perspective Multi-role Fighter (PMF) is a fifth generation fighter aircraft being developed by India and Russia. The is being developed for the (IAF) and is a derivative product of PAK-FA. The completed FGFA will include a total of around 45 improvements(expected) over the T-50, including stealth, advanced sensors, super cruise, networking and combat avionics as per the Indian conditions and will be armed with the weapons like , a Beyond Visual Range (BVR)missile developed and tested by India.


The need and the delay

Former Defense Minister Antony’s Moscow visit in October 2007 to co-chair the annual session of on military-technical cooperation (IRIGC-MTC) marked the start of FGFA project with the aim to induct the futuristic stealth fighter by 2016-17. The $295-million preliminary design contract signed in December 2010 was allocated for the 50:50 design and production agreement which was a mere part of the massive US $30 Billion project.

The purpose of having the next generation FGFA is to execute a credible deterrence power and to attain independence is developing the indigenous technology under the transfer of technology agreement. Why waste so much money on an older 4th generation plane, when we can divert that money to develop Advanced Medium Combat Aircraft (AMCA) and the advanced LCA .
Advertisement

The IAF currently maintains 34 squadrons of 550+ fighters while the sanctioned number is 42 squadrons. This reduced capacity can have serious outcomes if it faces a two front war situation given the multiple threats that India perceives.

Regular reports of differences between the joint development parties over design and work agreements are further pushing the trial and induction of the fighters. Earlier it was expected to induct the fighters by 2016-17 but the delays and cost-overruns are pushing the dates towards 2019-2020, however prototypes will be coming soon.


Area of concern and the possible outcome

Reduced IAF's fleet strength means fewer aircraft have to perform more missions to get the work done. Imagine this situation in a two front war scenario. This is where India quickly needs to induct more locally built advanced version of Tejas fighters and more locally assembled Su-30MKIs which are top of the line 4++ generation fighters. On the lines of SU-30, India can take 20-25 of FGFA jets in fly away conditions and rest can be made under license. India has done remarkably well by cutting down the MMRCA deal to 36 Fighters and saved around 18 Billion USD which can be further pooled into the faster development of the Fifth generation fighters like FGFA and AMCA which will form the future force multipliers for the country.

Advertisement
(image credits: Defenceprojectsindia)
NewsletterSIMPLY PUT - where we join the dots to inform and inspire you. Sign up for a weekly brief collating many news items into one untangled thought delivered straight to your mailbox.
CAPTCHA: