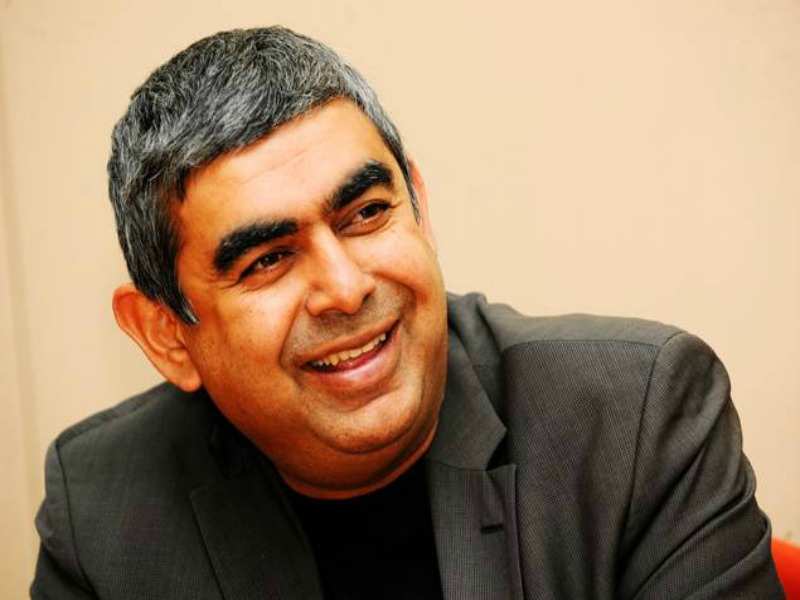 Sikka said the company will aggressively work towards automation across top customer projects and reduce its bench.

Sikka wants to make Infosys a $20 billion company by 2020 and is going to focus on driverless cars and automated driving.

"We see now digital connectivity, we see now computing making its way into places where they were never before -- so if you look at some places where we inhabit, cars for example, assistive driving, driverless car infrastructure has become quite commonplace...assistive driving capabilities are there in every car now...we do a lot of this work, we do a lot of this work in our own driving and automation of the driving experience for companies like Toyota and Boeing and so forth," said Sikka.

Meanwhile, Infosys is presently working on projects in areas including industrial internet and also on technology components of machines such as landing gears for airplanes that GE builds.

Advertisement
"What we can think of services that can transcend space and time constraints. One example of this is the work we have done with GE -- the landing gear traditionally used to have four sensors and the landing gear is an incredibly important part of an airplane..these systems need to have 100% reliability otherwise people die. We have recently together with GE instrumented these landing gears around 30 additional sensors..we can basically do everything that we can think of on the digital twin of the landing gear. All its operational behaviour, its operational parameters, its health, predicting its useful remaining life and how it intersects with the number of remaining flights planned, things like that," explained Sikka.

Sikka also wishes to its bench through the Zero Bench initiative that the company has put in place internally, Sikka said.