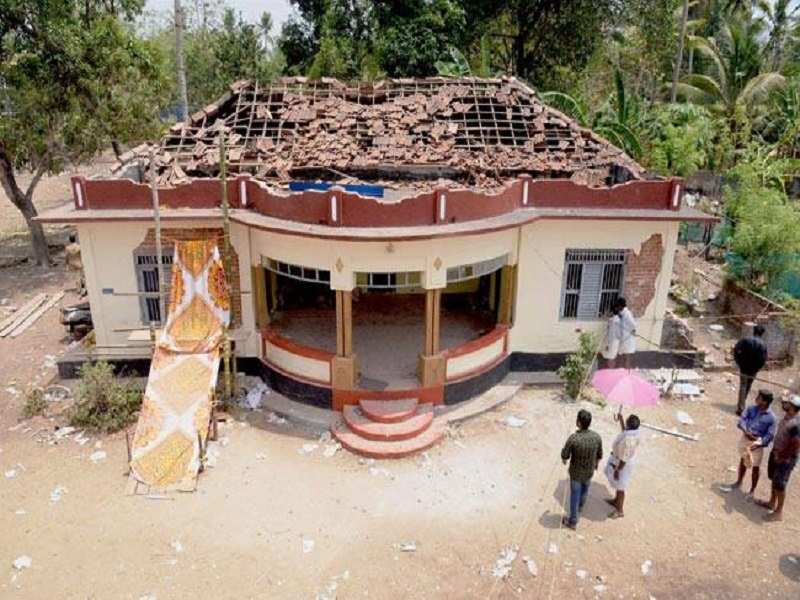 A total of 112 people have died so far because of a huge fire that erupted early morning yesterday, as a result of a massive fireworks display. The display was a part of the concluding day of the annual festival at a Kali temple in Paravur, Kerala. The fire has also incinerated and wounded nearly 400 others, who were in the radius of half kilometres from the temple.

Last evening, police detained five people and filed cases against contractors and , who were entrusted with the fireworks by the temple authorities. While Surendran is himself critically injured in the fire, Krishnankutty is absconding.
Prima facie, temple authorities violated the district administration's order against holding a fireworks show, while also violating the Supreme Court's directive against the use of fireworks beyond 10pm.
Advertisement

As the incident saw the light of the day, rescue teams found bodies charred beyond recognition, with several body parts missing, some of which were littered on tree branches and under concrete slabs.

"It wasn't the fire alone that scorched people but the way they were hit by broken concrete that flew like projectiles. People close to the fireworks display were flattened by heavy stones and concrete," Biju G, a witness, told TOI.

The incident reportedly occurred when sparks from a rocket fell on an auto packed with explosives and on an adjacent storeroom that stored more explosives.
Advertisement

To make things worse, it has come into notice that the permission for the show is refused every year, but the rule is violated nonetheless. Even the police remain away from intervening, because of the fear of hurting religious sentiments associated with this 50-year-old practice.
"We will investigate how the orders were flouted and who was responsible for the decision to go ahead with the fireworks display," said CM Oommen Chandy.

However, the rescue work needs to be given a special mention. PM Modi himself flew down to Kollam with a team of specialist doctors from AIIMS, asking to break the protocol. "It was a shocking and horrific accident. In the explosion, heads got severed from bodies. We will ensure all support. We stand with the people of Kerala and will extend all possible help," Modi said. IAF also made available its helicopters for swift rescue operations.

From the international circuit, Pakistani PM Nawaz Sharif and Russian President Vladimir Putin have conveyed their condolences to President Mukherjee and PM Modi.