EXCLUSIVE: Kshitij Marwah, the pioneer of hardware manufacturing spaces in India has more to offer to the country than just technology 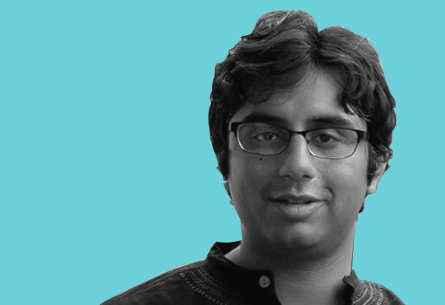 Advertisement
was at the bottom third of his class at IIT Delhi. During convocation, he told his father he stood towards the last as the queue was arranged alphabetically. But he was one of the very few in his class who managed to grab an opportunity to work with doctors at Harvard Medical School and managed an internship at the during his four year course. Traditional method of education never really impressed him. He was always innovating and experimenting.

“If someone quits a comfortable well paying job to start something new, he/she is a risk taking personality. That makes one successful,” he said.

After working at MIT media labs, he started in India, working closely with young talent. These workshops saw the inception of products like smart fabrics and smart sensors.

Now he has his own start-up, which was launched two months back. He is making it big with the first Tesseract product that can create Virtual Reality images and videos.

Kshitij will address the TEDxGateway on December 5. At TEDxGateway, TEDTalks video and live speakers will discuss and debate to spark deep discussion and connection in a small group. Attendees of TEDxGateway will include philanthropists, policymakers, industrialists, CXOs, entrepreneurs, creative heads, students, CEOs, scientists, artists, corporates and bureaucrats from across the nation.
Advertisement

Kshitij talks about his products and all that is wrong with the start-up spaces in India, in chat with Business Insider India.

How is the 360 camera different from the other products that are there in the market?

We don’t see the world as 2D images. We see the world in 360 degree view, in 3D. But our phones and Televisions give us a 2D view of the world. So we thought how we can build a camera which can record in 360 and in . We started this product last October. At that time there weren’t such products in the market at all. In countries like India, Russia, outdoor maps don’t exist. was not allowed to make 360 degree footage in India.

So we thought of creating maps in 360 and in VR.

How was manufacturing in India done?
Advertisement

First, we had to figure out the manufacturing hubs in India. It took us two months of cajoling the players to convince them to manufacture for us. The sensors used were Sony sensors which came from Japan. But the optics of the lenses was made in India. The whole circuitry, PCD and the electronics that power the whole algorithm for spacing, blending and VR compression were all made in India.

What challenges did you face while making technology in India and promoting it in India?

When we started off in India, everybody told us that India cannot produce a hardware product. So I made it with my own money. The next thing was to sell it. When we approached a major real estate portal, the first thing they said was have you sold it in the US market.

It took a lot of effort to convince them about the uniqueness and the productivity of the product.

We launched it in August and in two and a half months we have sold 50 devices.
Advertisement

Selling it in the US market was ironically a bit easier than the Indian market. They are more accustomed to technology. People in India take time to understand technology first.

Where does India stand with respect to Virtual Reality?

VR has two parts, content and capture. It is much more difficult to capture in VR than display in VR.

VR in India will catch probably one or two years later than the US. India will jump into the VR boat when the devices to capture and display will be cheaper and anybody can afford it.

Hence we will not target the consumers in India first.
Advertisement

So we are going to start with B2B route in India. Slowly cost will come down as it becomes popular. We are going to have more evolution in the western market and then maybe after two years you are going to see a big boom happen in India.

India is experiencing a start-up boom. What are the main gaps in infrastructure and how can it be solved?

For start-ups we need to set up economic zones in conjunction with industrial parks. We need to have a manufacturing facility right next to the innovation zone.

What about the manpower? Our educational system does not foster innovation. What is your say.

It is true. During our MIT media lab workshops we received emails from IIT students stating that IIT has completely stifled innovation. We need to create role models and successful companies in this space.
Advertisement

What is the first big challenge that an entrepreneur faces when he/she tries to come out of his/her comfort zone to do something new?

There were two challenges that I faced. There was a dearth of capital and dearth of right mentors in the space.

What will you talk about in the TEDxGateway in December in Mumbai?

What will be some of the daily life applications of Vicam?
Advertisement

1. Application in home security-you can just put this camera in your homes and completely monitor your home sitting in your office.

3. Movie making- You would be able to see not only the actors but the surrounding too.

5. With this camera we can build self driving cars in India- We can map the roads accurately.

Which section of the society do you target with your technologies?

Right now the technologies are expensive. As we get more adoption, the cost will come down.

We will start with businesses and bring it down to consumers.
Advertisement

What is your opinion about the government’s Digital India and Make in India?

It is a brilliant initiative. But we need a programme to focus towards early stage companies to ‘Make in India’.

(Image credits: TEDxGateway)
NewsletterSIMPLY PUT - where we join the dots to inform and inspire you. Sign up for a weekly brief collating many news items into one untangled thought delivered straight to your mailbox.
CAPTCHA: