EXCLUSIVE: Life as a Captain of Sea Shepherd, the pirates of the sea 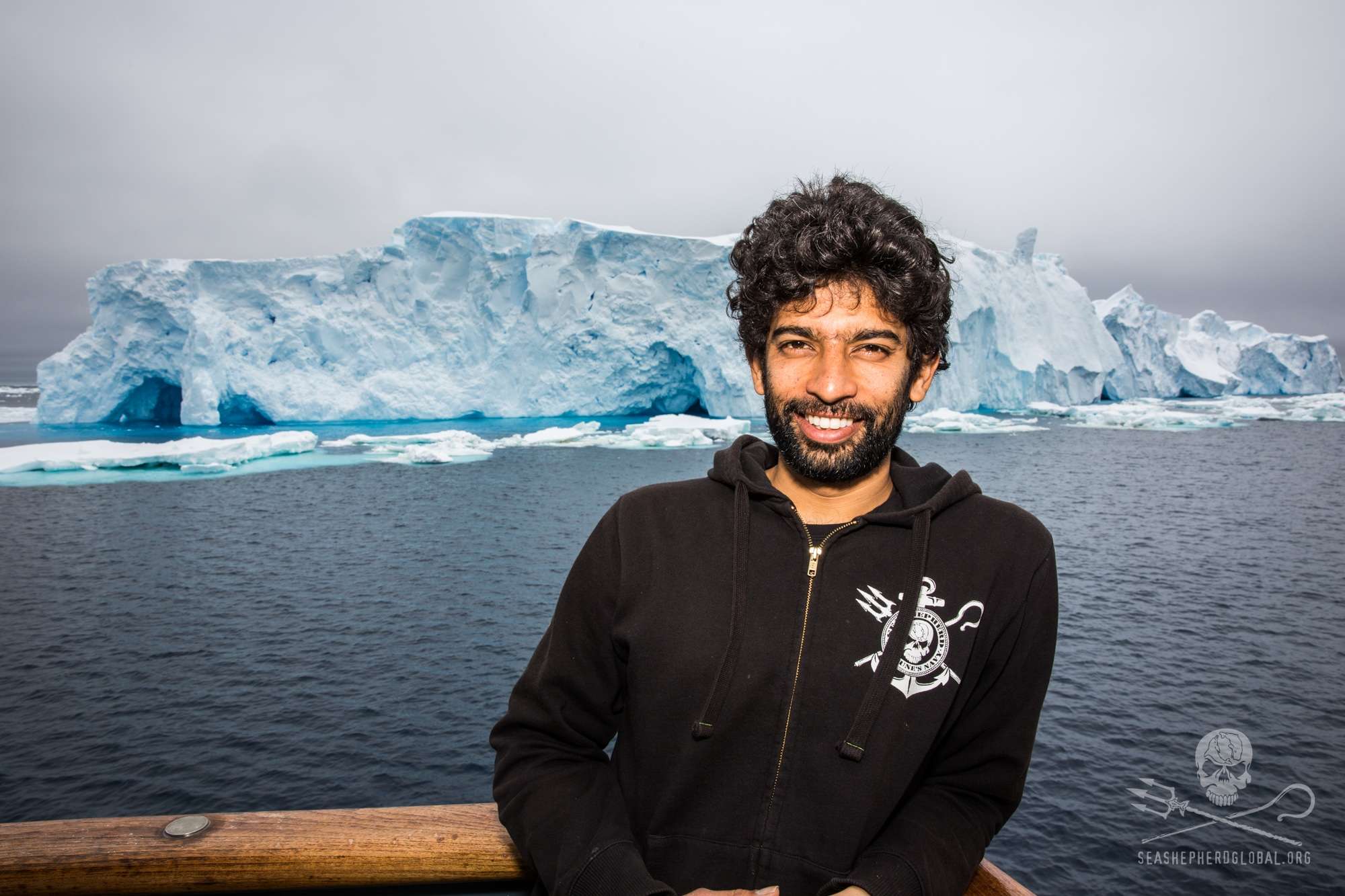 Amazing OffersView all Offers
“We have been fired upon, rammed by ships...But I never thought of quitting.”

This defines the life of the captain onboard the ship which goes to some of the most dangerous missions on waters. Siddharth Chakravarty, a captain joined the team in search of doing something worthwhile for the waters that he traversed for 10 long years. Though he puts his life at risks in almost every mission, fighting against powerful sea lords and even the government at times, he intends to keep doing this.
TOP VIDEOS FOR YOU

“I find a purpose here. I find that I bring a lot to work and there is a lot for me to do. I have only reached halfway. So I intend to keep doing this for a while,” said the captain.
Advertisement

How is it to be captain Sea Shepherd? The captain, who has just been back from a one of its kind campaign against toothfishing in Antarctic waters, reveals this and a lot more about the rash Antarctic waters in chat with Business Insider.

What are the highs and lows of being the ?

The highs are that you get to be multiple things by being the captain. I been in seas before but being in Sea Shepherd allows you to be a captain, a spokesperson, be in the media, to lead a crew, plan a campaign and visit some of the most beautiful places.
Advertisement

The lows are that you are in a constant state of tense. The campaigns are not easy and relaxed. You are dealing with poachers who are exploiting international laws. You have got a crew to take care of. You have got weather, ice, navigation to take care of. There is hostility and aggresion on the sea. These are followed by criticism of the media.

Oceans and seas are unpredictable forces of nature. Sometimes they are calm and other times they are relentless and harsh. But Sea Shepherd goes on with its missions. What are the risks involved on such missions?

Antacrtica is traditionally known as being one of the most perilous stretches of water. So when we leave Australia and New Zealand and head south we have to cross bands of really rough weather and then we are down in the ice. The sea is relentless and you cannot stop it. I being the captain of the ship, it is constantly there on the back of my mind that I have to relent. I have to give in to its unpredictable nature.
Advertisement

Fighting criminality at the oceans comes with its risks and these are risks we are willing to take. The oceans are in peril and we believe that direct action is needed to bring about big change.

How difficult it is to cooperate with different governments and gain their support?

The campaign was heavily subsidised by the Japanese government.
Advertisement

But in the , a campaign against toothfishing in the Antarctic waters, the Spanish poachers were being investigated by the Spanish government itself.

Sometimes we work in collaboration with the governments, we take their maritime police onboard. In other times, we go and directly enforce the laws because there are so many loopholes in the conservation laws. The big place where we really come in effective as the parallel police is the high seas which belong to no one and governance of the commons doesn’t work there.

To save those places, somebody else has to go and enforce those laws.
Advertisement

Because we are civil society, we carry no weapons on board and the organisation that represents Sea Shepherd has mission statement to non-violently use direct action to carry these operations. In fact media is one of our strongest tools. We send messages to other countries to keep a lookout for these vessels.

When we announce, we want the poachers to know that we are coming for them. The success of our campaign lies in the poaching operations being suspended. If by the initial information that we are coming they move, it is a victory anyway. If not, then we release risks.
Advertisement

I remember before the last campaign (Operation Icefish) when we were going and speaking to the legal fishing vessels to ask them what it would be like, all of them replied we were crazy to go after listed (Thunder). They would be armed and our lives were at risks.

Since you fight against illegal trades and sometimes the government, have you ever been bribed or threatened to be silent and stop what you are doing?

I haven’t faced it from my side yet, but sea shepherd had over the years had incidents where the ships are confronted by the locals when they are in dock. The Japanese coast guard came down upon us during Japanese whaling campaign. We have also been fired upon. We have been rammed by ships. We also had a mayday when the Japanese Big Factory ship came after us and rammed all three of our vessels and tried to capsize one.
Advertisement

During these difficult times how difficult it is to manage the whole crew?

It is a challenge definitely because as we sail with a lot of volunteers, people who come with lot of dedicated interests in the campaign and while that allows for an incredible support on the campaign things, there are days when things are not going right. I think with each campaign you grow as a leader, you grow to understand that people are people and there is a way to deal with them. Being at the helm of these campaigns requires a certain personal outlook to the campaign which inspires the crew and allows them to feed of your energy. Most of the times there are good days and they outweigh the bad ones.

You do enjoy what you are doing now.
Advertisement

Well perhaps enjoyment is not the right word. I am very interested in what I do. I find that I need to keep doing this because there is a lot to be done. I do find a purpose in my life.

What has been the scariest experience?

In the 2012-2013 Japanese whaling campaign, a big Japanese whaling ship came and hit us from the back. We had a helicopter at the back and a crew standing with water cannons, flooding their engine room. I had seen our sister vessel being almost capsized by the same ship two days later. We pushed through it. We pushed through a 160- 170 miles of ice through 3-4 days, trying to get to a place where whalers might be. There was a helicopter operation which happened in sub-zero temperature. So every time the helicopter is gone, they update after 3-4 minutes. During this time, you keep your finger crossed and hope that they haven’t caught a wind drift or nothing else has gone wrong with the helicopter. The whole crew is constantly trying to keep the engines operate at its best condition.
Advertisement

What has been the most exciting part?

I think for me coming back from a campaign with Sea Shepherd is always exciting because even though we were facing an opponent which is much bigger and stronger than us we had driven them out of their poaching grounds. Those are the moments you know you have lived out of the long hours of cold and the endless attention that follows throughout each campaign.

You deal with illegal trades on waters. Some of them are subsidised and some on international waters where no law works. How do you handle the legality of Sea Shepherd?
Advertisement

Sea Shepherd works with proper permits and permissions before departing for the campaign. The legality issues that have mainly come up with are with the poaching ships or the companies that we are targeting. When they see they will end up losing their money they try to drag us to the court. It has never been from the Government. We have never been in court defending our actions.

But yes, the Japanese navy took Sea Shepherd to court. A similar thing happened with a British company called Fish and Fish that illegally caught 700 bluefin tuna in the Mediterranean. Our divers went in and cut their nets and released the catch. They took us to court and but the British courts ruled that they had no claim and dropped all charges. Just last month I was in in a court house with the two captains and officer of the Thunder. They argued that our actions have driven them to sink their vessel and they were not guilty. We provided all the testimony we could and successfully sent them away to prison for 3 years.

You are often termed as Eco-terrorists or militant environmentalists. How do you deal with these allegations?
Advertisement

Because we are radical in what we do and because we bring about change, people are sceptic about our work. Eco-terrorism is a term coined to silence such organisations and their actions. But at the same time we let our actions speak for ourselves. They rather be talking about you rather than not talking about you at all. As that means you are making a difference.

What have you personally sacrificed?

I don’t really look at my life as being a sacrifice. If you look at some traditional parameters, I don’t have a family and am on the move all the time. I miss talking with my mother. I crave home-food. Although it seems like I do miss a life, I look at them as being something that has come out of the choice that I have made in doing something that I believe in.
Advertisement
(Image credits: seashepherd)
NewsletterSIMPLY PUT - where we join the dots to inform and inspire you. Sign up for a weekly brief collating many news items into one untangled thought delivered straight to your mailbox.
CAPTCHA:

Next StoryKing of Bollywood in trouble for financial irregularities in IPL?
Advertisement
Popular on BI
1
A judo coach fired up his black belt Olympian by violently shaking her and slapping her around the face
2
CDC: The coronavirus could be 'just a few mutations' away from evading vaccines
3
It's not just Zomato — From Happiest Minds to CDSL, some of India's hottest stocks are melting too
Latest Stories
Trending News
Buying Guides
Advertisement
Advertisement
King of Bollywood in trouble for financial irregularities in IPL?
These trends show online shoppers are going absolutely crazy this Diwali!
Ace shuttler Saina Nehwal turns investor!
Popular Categories
Trending Right Now