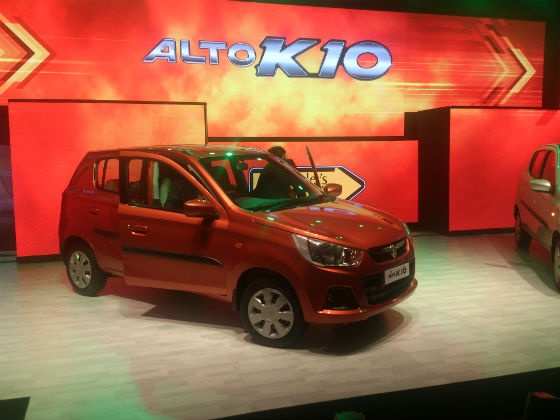 This is great news for people who have been looking for a budget car with automatic transmission. has launched the new 2014 version of the Alto K10 and has automatic variants as well. Before this, the Indian maker had the Celerio as the mid segment model that had an automatic version as well.
Advertisement
Advertisement

Maruti expands its arsenal of entry level hatchbacks and should please users. Managing Director and CEO said "Alto K10 is the third Maruti Suzuki car within few weeks where our suppliers and engineers have improved the fuel efficiency substantially. We are positioning the new car as a mass market product equipped with futuristic technology to cater to very demanding, value conscious customers".

Another interesting fact that came to life is that Maruti spent over 200 crores in developing this car in . Maruti has had some good explosive months like August and some really low months in 2014. The company would want to gain some good sales momentum from this entry level passenger car. The new Alto K10’s price starts from Rs 3.82 Lakhs.