Meet Samira Asgari, the Iranian scientist banned from entering the United States despite having a valid visa 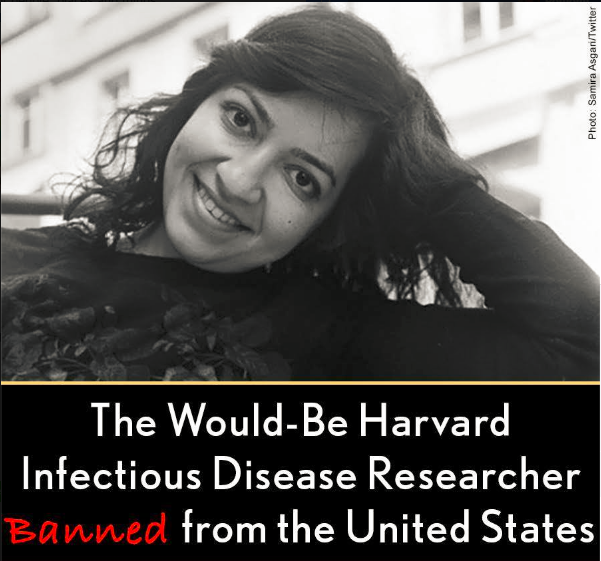 US President Donald Trump's new executive order that bars residents of seven majority-Muslim countries ( Iran, Iraq, Libya, Somalia, Sudan, Syria, and Yemen) from entering the country has already starting affecting numerous people who love the country as their own, for no fault of theirs.

One of the people caught in this unfortunate crossfire is 30-year-old Samira Asgari. Her fault? She's Iranian by bith.

Advertisement
Asgari had spent months on planning her big move from Switzerland to the United States. If everything had gone according to plan, the scientist would be settling into her new home in Boston with her boyfriend on Saturday night.

Except she didn't. Asgari didn't even make it to the United States.

She had secured a postdoctoral fellowship at the Harvard-affiliated Brigham and Women’s Hospital in Boston, and even had won an award for her research in Switzerland, that would pay for her salary at her new Americanb lab. All in all, it was a happy time for Asgari. Everything was going right, she thiught.

Advertisement
Except that hwer happiness was shortlived. Just as she attempt to board her second flight to Boston on Saturday morning, after flying from Geneva to Frankfurt, she got the biggest shock of her life.

“A gentleman stopped me from boarding the plane,” she said. “He told me he was a consulate of the American government in Frankfurt and not allowing anybody with a number of nationalities to board planes to the United States. They had already unloaded my luggage and everything,” she said.


I was pretty excited to join @soumya_boston's lab but denied boarding due to my Iranian nationality. Feeling safer?

Naturally, she was confused. Her first reaction was telling the man that it couldn't be happening to her, because she had a valid visa. The answer she got was that 'it didn't matter'. She would need to board a flight back home as she would definitely not be allowed to enter United States of America. Imagine the helplessness.

Advertisement
Now, as a result of that executive order that has sparked widespread protests, a would-be Harvard researcher is left without a job or a home. For no fault of hers.

Next Story5 things ridiculously successful people do before 8am
Advertisement
Popular on BI
1
Elon Musk's brain-chip company, Neuralink, released a video of a monkey playing video games with its mind
2
Prince Philip quote about reincarnating as a deadly virus to solve 'overpopulation' resurfaces
3
Prince Philip's death doesn't impact the line of succession since he was never going to take the throne
Latest Stories
Trending News
Buying Guides
Advertisement
Advertisement
5 things ridiculously successful people do before 8am
Tens of thousands protest Trump's immigration ban in cities and airports across the country
How to make your Mondays more productive from tomorrow
Popular Categories
Trending Right Now
More from our Partners