Meet the two IITians who have started 'idea cafe' at IIT Roorkee, and plan to hit 10 more IITs with their stellar idea this year 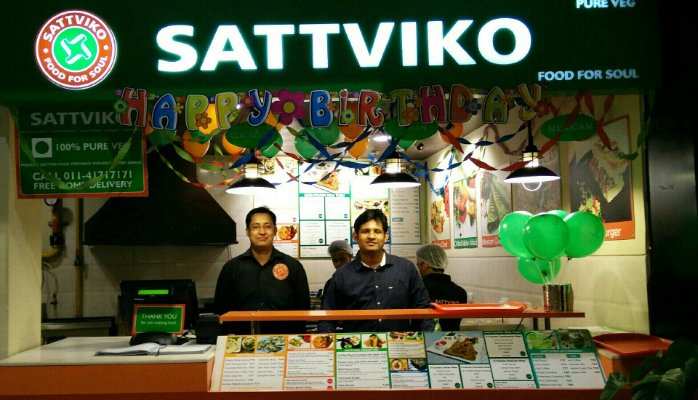 Two batchmates have returned to the campus five years after graduating from the college to start a café called Sattiviko Idea Café. You may call it their way of paying back to the college which it is, but more importantly, the duo wants GenNext to get inspired and feel encouraged to start their own businesses.
Advertisement
It is for this reason and ’s venture is not simply a restaurant, but an innovation/incubation center of sorts. It's a place for students to interact and exchange ideas with former graduates/seniors/mentors while sitting across the food tables savouring some delicious food in between their classes.

This idea cafes will see mentoring sessions by a group of over 300 entrepreneurs and professionals like InMobi co-founder Mohit Saxena, Commonfloor founder Sumit Jain, and Raman Roy, chairman of Quattro BPO Solutions among others.
For their noble deed, the duo has got 2,200 sq/ft space inside the campus, and that too at a very cheap rent.
Their vedic journey started back in February 2014 when Prasoon had quit his five year old venture Tech-buddy, a consultancy firm, and opened an NGO called Swarajneeti with the sole purpose of educating the modern generation for transparency in democratic India via innovative technological tools.

Post elections, however, he decided to devote all his time to his new venture , along with his batchmate Ankush Sharma.
The start-up was inspired by the sattvik way of life that emphasized purity and served cuisine from India. But soon after some time, they adopted cuisines from across the world, such as Mexican, Italian and American that conform to certain rules - no onions or garlic!
Sattviko started as a quick-service restaurant and then evolved over the years to become an e-marketplace, delivering an exceptional experience to customers who look to adopt yoga and its practices.
Advertisement
It currently has two outlets in Delhi and one in Gurgaon which cater to approximately 500 people. Sattviko raised Rs 2 crore as seed funding last year, in a round led by online real estate portal CommonFloor co-founder Sumit Jain, Xerox India Non-Executive Director , and executive .
Both the young founders have big dreams for Sattviko. They want to take their baby to become a 100-crore plus company in the next few years. They also have plans to launch 10 Idea cafes across IITs in the country this year. For now, Sattiviko Idea Café is a rage in the campus and all we can say is - What an idea, sirji!
NewsletterSIMPLY PUT - where we join the dots to inform and inspire you. Sign up for a weekly brief collating many news items into one untangled thought delivered straight to your mailbox.
CAPTCHA: