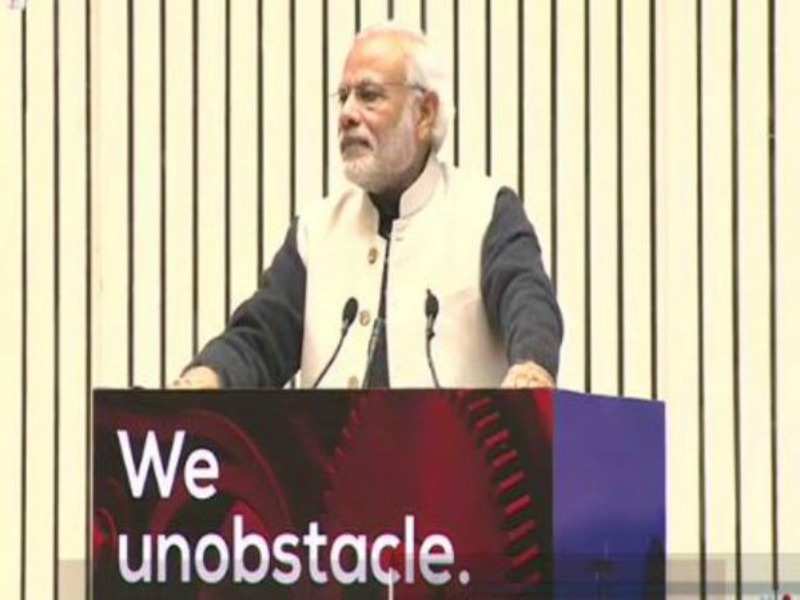 At a time when growth across the globe is turning tepid and wealth creation is becoming daunting amid capital squeeze, encouraging to enhance long-term growth is the most sensible thing any government can do.
Advertisement

More than anything else, startups are a big source of income and employment; they also foster innovation. In a nutshell, the Startup Action Plan (SAT), announced by , is aimed to do exactly the same.

It is also aimed at making life a bit easier for startups in the country. It is also a clear shift from the hitherto-followed government approach of focusing on big companies many of which are nearing an untimely demise.

A humongous Rs 10,000 crore fund to enhance the startup ecosystem, no income tax for the first three years of operation for startups, an app to help complete startup registration within a day, SAT sounds pretty ambitious peripherally. But is it so encouraging if one tries to read between the lines?

The euphoria fizzles out once one understands how startups are defined. The first part of the definition is harmless—a startup should have annual turnover of less than Rs 25 crore in past five years. However, the second part is tricky—a startup shall be eligible for tax benefits only after it has obtained certification from an inter-ministerial board.

Advertisement
This body would be set up by the Department of Industrial Policy and Promotion, which is part of the commerce ministry, to validate the innovative nature of the business for granting tax benefits. It also has to be funded by an incubation fund, angel network or private equity fund registered with SEBI.

A stipulation asking for recommendations from government machinery reminds one of the ‘license raj’ when entrepreneurial attempts were smothered by bureaucratic intervention and corruption.

Asking startups to be funded by SEBI-acknowledged funds before even becoming eligible for benefitting from the fund of funds effectively put them in a chicken or egg situation—if they are already sufficiently funded, why should they go through the hassle of reinventing the wheel?

The government is expected to make the whole fund-raising process easier for startups. However, if startups have to go through a more rigorous vetting process at a SEBI-sanctioned fund and emerge victorious to be eligible to even apply to be funded by the fund of funds, does not the whole process defeat the very purpose for which the mega fund is created?

While media headline celebrated the unprecedented Rs 10,000 crore fund, a quick flashback would reveal that the fund was originally announced one-and-a-half years ago in July 2014 by Finance Minister Arun Jaitley.

Advertisement
So this fund of funds is effectively old wine in a new bottle. While the fund—to be managed by a board with private professionals drawn from industry bodies, academia and successful startups—may provide a much needed leg-up to the startup ecosystem, it would be effective only if it is allowed function without meddling from the government or bureaucracy.

SAT also aims to create a Hub. While it wouldn’t hurt to have a platform that can connect multiple players in the startup ecosystem, leading to knowledge sharing and enhance opportunities for mentorship, at this point in time no one knows what form the Startup India Hub would take, what its agenda would be and how exactly it will help wannabe entrepreneurs.

Clarity is a minimum requirement for a key strategic policy initiative like SAT, but sadly something like Startup India Hub points to the fact that those who gave finer shape to the initiative terribly lacked the same.

While SAT is engineered to address funding needs of startups, it clearly missed out something as much as or even more crucial as financial support—skills development.

The country’s fledgling startups ecosystem lacks avenues for training and mentoring for entrepreneurs. For example, while India boasts of an increasing number of software programmers, the quality of coding skills available in the country needs a lot of refinement. Considering a significant chunk of new-age entrepreneurs belongs to IT space, efforts to rev up coding skills among youngsters would lend an edge to any initiative aimed at boosting the domestic startup world.

Advertisement
SAT also is silent on another key requirement for driving innovation in technology—mobile and internet infrastructure. Unless issues of data speed and internet access are tackled, the mobile tech sector will continue to be constrained. SAT has ignored the fact that only a quarter of Indians have reliable access to the internet. So a clear guideline on how to bring the next 500 million Indians online would have made the action plan more meaningful.

However, despite the drawbacks, SAT stands out as the first serious attempt by the government to acknowledge and nourish the country's startup space which—if provided the right direction, mentoring and technology and infrastructure back-up—is capable of producing innovation that can trump peer efforts anywhere in the world.