'Mr Pompeo, you can stop': China hits back at criticism over Latin America

SCMP
Apr 16, 2019, 08:00 IST
Chinese Foreign Ministry spokesman Lu Kang during a news conference in Beijing, China April 23, 2018. REUTERS/Jason Lee/FilesReuters
China's foreign ministry has hit back at criticism from US Secretary of State over the country's activities in Latin America, urging the top US diplomat to watch his words.

Speaking during a four-nation tour of Latin America last week, Pompeo said Chinese financial intervention in had "helped destroy" the country and called on leaders in the region to see who their "true friend" was.

Advertisement
Lu, during a regular press briefing, said the US secretary of state had "wantonly slandered" China's relations with Latin America.

"For some time, some US politicians have been carrying the same version, the same script of slandering China all over the world, and fanning the flames and sowing discord everywhere," Lu said.

"The words and deeds are despicable. But lies are lies, even if you say it a thousand times, they are still lies. Mr Pompeo, you can stop," the spokesman said. 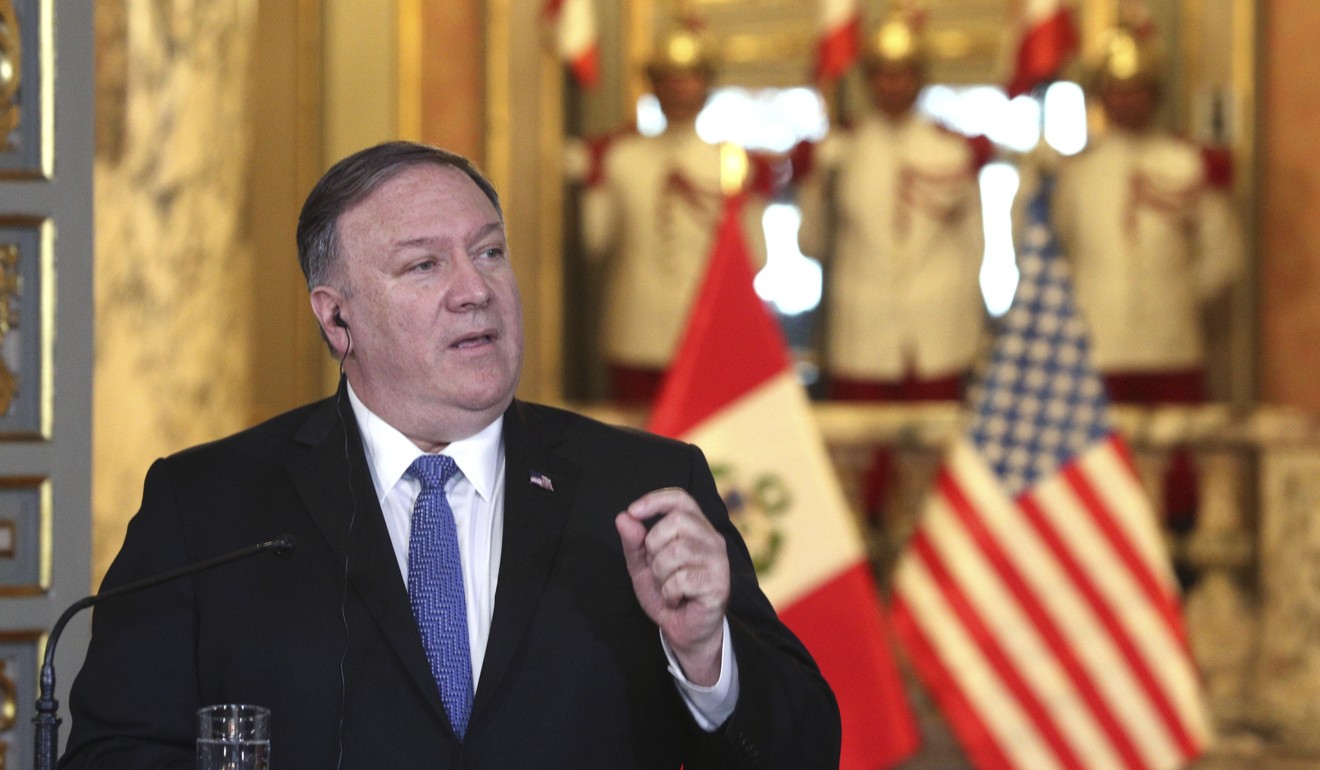 Amid the ongoing political crisis in Venezuela, Washington has pressed President Nicolas Maduro to step down and urged other countries to join a coalition in support of opposition leader Juan Guaido. But China, the top creditor of the country with the world's biggest oil reserves, has backed Maduro.

Lu said the US regarded Latin America as its own backyard, and had pressured, threatened and even toppled other countries' political regimes in the region.

Advertisement
"The Latin American countries have good judgment about who is their true friend and who is false, and who is breaking rules and making trouble," Lu said.

Lu is not the only Chinese official to have gone on the offensive over Pompeo's comments. On Sunday, China's ambassador to Chile, Xu Bu, said in an op-ed piece in Chilean newspaper El Mercurio that the US secretary of state was "totally wrong".

"Pompeo's body has entered the 21st century but his mind remains in the 20th century, full of thoughts about hegemony and the cold war," Xu wrote.

Advertisement
While Chinese diplomats are not shy about expressing their indignation when China is criticised, they usually follow diplomatic protocol in their counter-attacks.

Shi Yinhong, director of 's Centre for American Studies, said the unusual outbursts had most likely been prompted by the frequency of Pompeo's attacks on Beijing in recent months.

"Probably the Chinese side has also given up hope on him [curbing his criticism of China] too," Shi said. "But we don't know if next time Beijing will change its tune [and soften its response]."

Advertisement
In February, when asked about Pompeo warning Eastern European countries of the security risks associated with cooperating with China, foreign ministry spokeswoman said Beijing was "concerned about some of his remarks". She said "the US has been fabricating various unwarranted charges and cooking up all sorts of threat theories without any firm evidence", which was "extremely hypocritical, unjust and immoral".