On the threshold of Digital India, Pitroda shows the way to dreaming big! 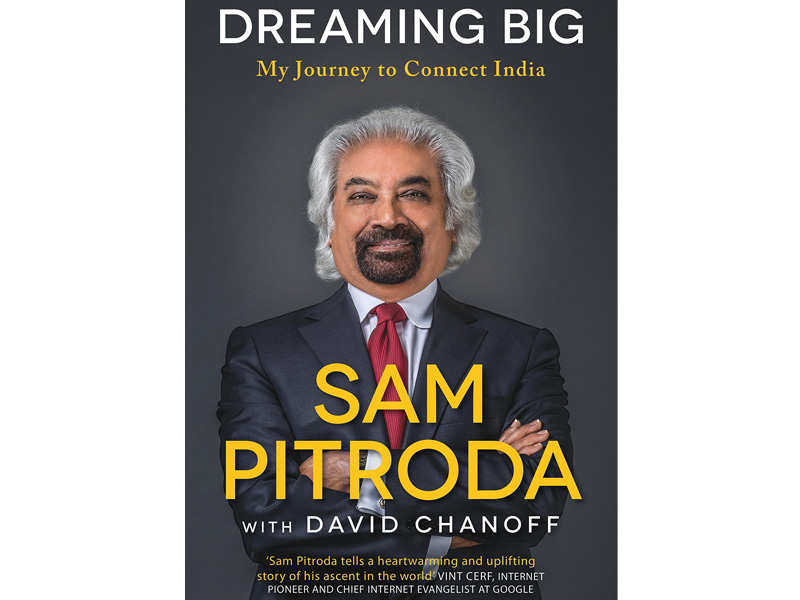 The country is about to cross one billion phone connections mark, and has the objective to reach every village in the country. On the threshold of this exciting opportunity ahead, , the man who revolutionized telecommunications in India, says the country is on the verge of a .
Advertisement

At his ‘Dreaming Big: My journey to connect India’ Sam Pitroda aka Satyanarayan Gangaram Pitroda, said the stepping stone for Indian digital revolution was laid well in the past and the country could now harness the fruits of this foundation work that was done excellently, to the last detail.

Though he said the foundation for this was laid by late PM Rajiv Gandhi, Pitroda was glad that Modi government was providing it with the necessary push and focus to make it a tangible reality to suit today’s globalized world.

The book was launched by Sam’s close friend Reliance Industries Chaiman – who happens to be one of the highly influential industrialists whose company is listed on Forbes list of successful companies in India.

At the launch held recently in Mumbai, Ambani who was all praises for Pitroda said: “With Persistence and positivity, impossible can become possible. He is the pioneer who built the foundations for and personally drove the mission to expand its reach.”

Advertisement
Ambani made no bones about his appreciation for his much accomplished friend Pitroda who is his “friend, philosopher, guide and a daring dreamer” who saw the future much ahead of everyone else, and played an active role in steering it and making it stronger and focused on growth.

“Sam urges us to dream big. His book tells us the importance and urgency of connecting India and Indians. He sees India as the smartest society in the world and inspires us to become leaders in our lifetime,” Ambani added, stating India has all the chances of leading the world in the course it has trained its eyes on.

For his part, Sam who came across as a much cautious senior expert, who has the roles of telecom engineer, inventor, entrepreneur, and policymaker under his belt, set out a note of caution against high decibel campaigning for digital India, without having to perceive the complete picture. At the same time, he also added that the youth need not become cynical about the possibilities.

“The things which we are doing today are going to become obsolete. Education, Health and Social set up are going to change. The world is ready to be redesigned and about to change drastically in a decade or so. Just get ready” he said.

Pitorda who has the rare honour of having led the telecom revolution in India under the leadership of the then PM late Rajiv Gandhi, said the future belongs to those who are willing to let go of their past. “We all have technological possibilities but we do not want to let go off our past,” indicating breaking away from the shackles of past glory can help India surge ahead without the burden of history or mythology.

Advertisement
Rendering a piece of pragmatic and sound advice to the current administration, Pitroda said investing on infrastructure, self-sustainable power generation methods, and growing skilled labour can provide a major boost to the ‘Make in India’ campaign. “Dreaming Big will inspire to make a bold attempt” he added.

Referring to the possibilities of digital path India is set to embark upon, Sam reiterated that data would be the future. “The concept of money is going to change, we will be trading our own data,” he observed.

Providing some really important pointers to the current administration, this man who saw India’s bright future even when placing a telephone call was a matter of privilege and luck, said building India needs a perspective that is very different from the entrepreneurial skills that are required to build a company.

“Value and cherish all that India has to offer. We as Indians are a model for the world” he said, clearly signifying India need not follow any set rule or model that made any other nation in the world, an economic success.

A believer in the Indian philosophy of Karma, Pitroda recollected the days when he left his most significant assignment in the USA to create the communications model for the India of today. Subsequently, the technocrat with roots in Orissa, also headed the knowledge commission during the tenure of past PM Manmohan Singh.

Advertisement
His insight and incredulous focus in planning, conceptualisation and execution with a rare insight into the potential of India, has made him the most commendable voice as one of India’s best brains.

(Image Credits: Amazon)
NewsletterSIMPLY PUT - where we join the dots to inform and inspire you. Sign up for a weekly brief collating many news items into one untangled thought delivered straight to your mailbox.
CAPTCHA: