India's small savers parked over a $1.5 billion in pension schemes spooked by the stock market carnage in April

Advertisement
IANS
May 3, 2020, 12:32 IST
Source: Needpix.com
India's National Pension System (NPS) has bucked the downtrend triggered by Covid-19 outbreak and the subsequent nationwide lockdown to contain it. During the first three weeks of April, the scheme along with the (APY) has seen an upsurge in new enrolments and an increase in assets under management (AUM) of these programmes.
Advertisement
ALSO WATCH: The CEO of mutual fund house explains how to invest your savings in the post-coronavirus world

In financial parlance, NPS and APY are Central government backed schemes which are administered by Pension Fund Regulatory and Development Authority (PFRDA). The PFRDA is the statutory authority established by an enactment of the Parliament, to regulate, promote and ensure orderly growth of the NPS and the pension schemes to which this Act applies.

Here is a list of top 25 stocks that qualify for ‘Ten Baggers’, according to Ambit

The NPS was initially notified for Central government employees joining service on or after January 1, 2004 and subsequently adopted by almost all State Governments for its employees. The NPS was extended to all citizens of India on a voluntary basis from May 2009 and to corporates in December 2011 and to Non-Resident Indians in October 2015.

"There has been a spark... Almost more than 33,000-34000 people have joined during these first three weeks of April. The 'Total Assets Under Management' has also seen a record rise of Rs 12,000 crore," PFRDA's Chairman Supratim Bandyopadhyay told IANS.
Advertisement
According to Bandyopadhyay, the corporate sector has shown a keen interest to get their employees enrolled into the NPS scheme. Similarly retail customers of the scheme have also grown.

"We have seen a healthy response from the corporate customers. There are at least seven (companies) in the pipeline. They have either already got their board approval or in the process of getting the approval to subscribe," he said.

Currently the PFRDA administered system has seven fund managers. "There has been a massive value addition in the stock prices during this time as we are able to invest in really good quality stocks at very reasonable prices," he said.

On the impact of Covid-19, he said: "Till now we have not seen any redemption pressure. In fact, there has been negligible redemption from both the scheme."

"In APY, we have made provisions that no automatic deduction from the accounts of subscribers happen for three months up to June."
Advertisement
While the APY is a pension scheme focused on the unorganised sector workers, the NPS is a voluntary, defined contribution retirement savings scheme. Besides the NPS, some mutual funds and insurance companies also offer pension plans, which are not under the jurisdiction of PFRDA.

Apart from this, the normal retirement plan options include EPFO, while retirement gratuity is offered by employers to their workers and employees.

Without weddings and fewer Indians in a celebratory mood, Titan’s sales to remain muted for the next 2 years 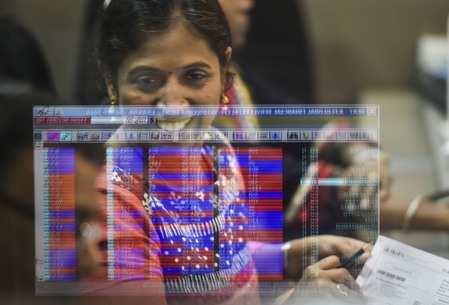 Here is a list of top 25 stocks that qualify for ‘Ten Baggers’, according to Ambit