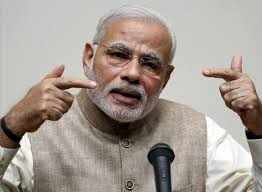 Prime Minister 's surprise move last week to invalidate some 86 per cent of the value of rupees in circulation has caused chaos as hundreds of millions of people figure out what to do with their Rs 500 and Rs 1,000 notes.

It's not the first time distress has spread in the wake of a currency reform. While major operations in developed nations, such as the decimalisation of British pounds in 1971 or the introduction of the cash euro in 2002 went smoothly, others in emerging markets have not -- especially when mounted by governments that, unlike India's, weren't democratically elected . Here are some examples:

On its last legs, the country under in January 1991 withdrew large-ruble bills from circulation in a move to take on the black economy -- one of 's motives -- and shore up the currency's value. The government said the 50- and 100- ruble notes being invalidated amounted to about one-third of the money in circulation, the reported at the time.

The reform failed to halt inflation and instead served mainly t o accelerate a slide in public confidence in the government. As political infighting combined with economic collapse, faced a coup attempt that August which destroyed his authority and led to the Soviet break-up the following year. Learning lessons, 's 1998 redenomination of the ruble, when it removed three zeroes, went altogether more smoothly.

In 2010, the regime of then-dictator mounted a reform that knocked off two zeros from the face value of the old currency in an effort to tighten control of the economy and close black markets. Combined with a poor harvest, the measure left the country with severe food shortages, according to reports at the time. Surging rice prices stoked unrest that prompted an unusual apology from Kim, and -- reports suggested -- the execution of the ruling party's head of finance.


Dictator faced increasing economic disruptions in the early 1990s when his administration mounted successive banknote reforms. A plan to withdraw obsolescent currency from the system in 1993 saw a surge in inflation and a collapse in the exchange rate against the dollar. After a civil war, was ousted in 1997.

Advertisement
Myanmar
In 1987, the country's military junta invalidated as much as 80 percent of the value of money in circulation, according to reports at the time -- as in other such initiatives, it was directed at curbing the black market. One result was the first student demonstrations in years. Deepening economic unease helped trigger mass protests across the nation the following year that led to a government crackdown that killed thousands of people.


The country in 1982 got rid of its 50 cedi note to crack down on tax evasion, address corruption and mop up excess liquidity. The move eroded confidence in the banking system as people turned to foreign currency or physical assets instead. The black market for currency flourished. As rural dwellers had to walk miles to the nearest banks to exchange their money, and after the deadline passed, there were accounts of bundles of notes abandoned as worthless.

In 1984, the military government led by instituted an anti-corrupt ion crackdown that involved issuing new banknotes with a different color, forcing the replacement of old ones within a limited period. The move was one of a series that failed to fix a debt-burdened and inflation-ridden economy. Buhari, who is now in power again, was eventually ousted in a coup the following year.