Advertisement
Rounak Jain
May 15, 2020, 19:00 IST
APMC wholesale fruit market in Navi MumbaiBCCL
Advertisement
The Modi government is using COVID-19 crisis to push through the reforms it has been talking about for a long time. Finance Minister Nirmala Sitharaman made the announcement in the third tranche of the Covid-19 stimulus package today, May 15.
Making the announcement, Sitharaman said that this move will give the choice to sell their produce at attractive prices, instead of being tied down to their local APMCs (Agriculture Produce Market Committee).

“When you create competition for farmers’ produce, the price improves. There are more buyers, more choices. Farmers will get the benefits of that. Whether you have one buyer or ten buyers for a service makes a difference,” said Ashok Gulati, former chairman of the Commission for Agricultural Costs and Prices.


APMC reforms might hit a roadblock in non-BJP ruled states

Modi has been batting for APMC reforms for a long time now. “It is imperative to swiftly undertake market reforms of our decades old and restricted agriculture produce and marketing committee (APMC) architecture,” PM Modi said in a letter to Chief Ministers in 2018.
Advertisement

However, these reforms might hit a roadblock in non-BJP ruled states.

“The APMCs have existed since 1963 and there is a good reason they have been around for such a long time. Reform is welcome but it cannot endanger an existing structure. Our party will oppose this proposal if and when it comes before the legislature," a NCP leader was quoted as saying by Livemint.

Those who favour the existing APMC structure argue that diluting APMC reforms will give power to multinational companies and corporates. They are also concerned about minimum support price guarantee, without price regulation in place.

So far, only BJP-ruled states like Gujarat, Madhya Pradesh and Uttar Pradesh have passed APMC reforms. The Karnataka government issued an ordinance, but it was returned by the state governor earlier today.

Advertisement
Making the announcement, Sitharaman said that farmers should have the freedom of choice to sell their agricultural produce at attractive prices.

Further, she said that no other industry restricts producers from selling their product to whomever they want, and at their desired prices.

To solve this problem, Sitharaman said that the central government is working on a law. This will remove barriers to inter-state trade and allow farmers to sell their produce to the highest bidder, which should result in increasing their incomes.

Apart from this, she also said that a framework for online trading of agricultural produce will also be worked upon. It is likely that this framework will be on the lines of e-NAM, which is a national agriculture market with an online trading platform for farmers.

APMCs were set up with the intention to increase farmers’ incomes by making it easier to sell their produce without having to deal with commission agents.
Advertisement

However, the government criminalised setting up of competing markets in the same area, essentially creating a monopoly in the form of APMCs. This led to traders forming cartels to artificially lower prices of the agriculture produce they buy from farmers. A 2012 report by the Competition Commission of India cites the example of a visit to Ahmednagar APMC which revealed collusion among traders.

These traders then sell the produce at higher prices to end consumers.

While APMCs were formed to benefit farmers, it’s the traders who end up milking both farmers as well as consumers.

India proposes to deregulate prices of onions, potatoes, pulses and other essential food — prices won’t be capped and one can store as much as needed 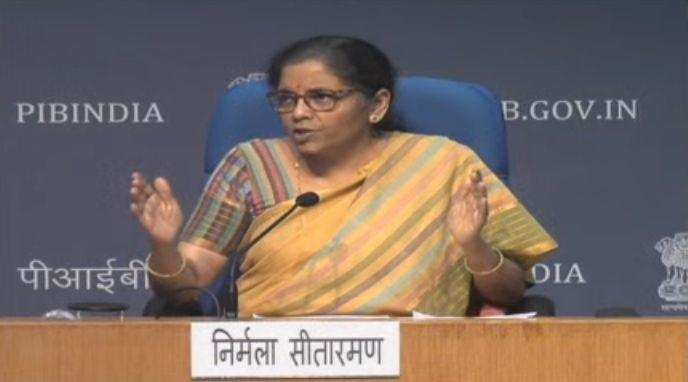