Ramesh Chauhan, the father of Indian soft drink industry is all set to launch new range of fizzy drinks! 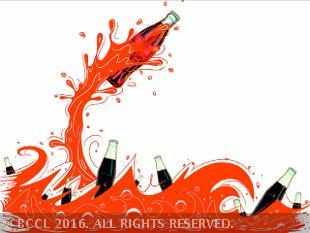 , the father of the and founder of India's largest packaged water brand , is planning a comeback with a new range of , twenty-two years after selling the country's most loved soft drink brands , Limca, Citra and Gold Spot to US beverage giant Coca-Cola.
Advertisement

Chauhan's strategy is simple - take on MNCs such as Coca-Cola and PepsiCo in the Rs 14,000-crore domestic beverage industry. "The four new flavours that are being test-marketed are Pina Colada, Fonzo (a fruity flavour), Spicy Cola and Limmonata (a lemony drink)," said Chauhan. "These are being manufactured at five locations around the country."

The products may be launched as early as next month, said people familiar with the matter. The soft drinks are being priced at around Rs 15 for 300ml PET bottles and Rs 10 for 200ml PET bottles. "Later, we will introduce cans," said Chauhan, who sold his earlier brands to Coca-Cola for around $40 million in 1993. At the time, these brands together commanded around 60% market share in the industry. Last year, Bisleri launched a natural energy drink Urzza to compete with foreign brands such as Red Bull.

After buying them, Coca-Cola killed Citra and Gold Spot to make way for its own brands Sprite and . Thums Up, which was introduced in 1977 by Chauhan and considered by many to be a 'manly' drink, is one of the top-selling carbonated beverages in the country at present.

"The two top beverage makers in the country, PepsiCo and Coke, are in the pincer grip of local soft drink makers, who have cornered around 10-15% of the market with lower priced products in PET bottles. Chauhan is the right man to enter the market at this time," said a senior executive of a large beverage firm. "In the North, which is a big market for cola makers due to an extended summer, consumers prefer PET bottles."

Advertisement
PepsiCo and Coca-Cola are planning smaller packs at lower prices this summer to counter regional players, including Jayanti Beverages of Alwar, Shri Brahm Shakti Prince Beverages of Delhi and Gujarat's Hajoori & Sons, who have flooded the market with lookalikes of the MNCs' products.