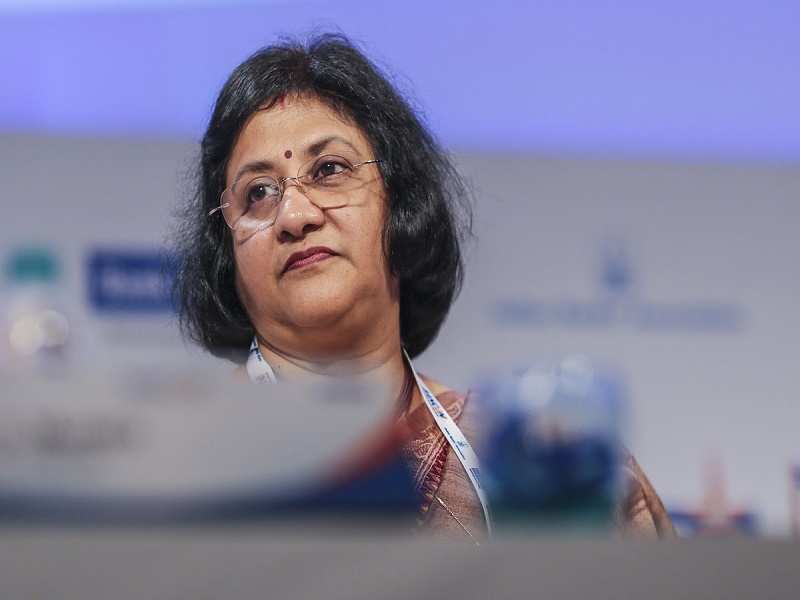 The reason behind India's banking sector facing stress is the "stalling" of projects between 2011 and 2013, said Arundhati Bhattacharya, adding that efforts are being made so that these projects can get "de-bottlenecked".

"The banking sector (in India) faces some amount of stress at this point of time mainly because of the kind of stalling of projects that we saw happen between 2011-2013. Currently we are trying our level best to ensure the de-bottlenecking of all of these projects that got stalled. Some amount of that has been done and a lot still needs to be done," Bhattacharya said.

She added that there is "obviously" an issue when it comes to more and more capital requirement for the banking sector, and that "we are working on various means of ensuring that the banking sector itself is strengthened."
Advertisement

Bhattacharya (60) was in New York, speaking at a conversation organised by the Consulate General of India in association with SBI and the Indus Entrepreneurs.

She had met investors and rating agencies during her NYC visit, labelling India’s macro-economic parameters as "very good", and calling the fiscal deficit well contained.

Speaking on Brexit, she said that it was a "wrong step," since the world today needs to globalise more.
Advertisement

"You cannot roll back what has already happened and become protectionist. Regarding business itself, we don't believe there will be a very large setback for a very large period of time because the financial sector in the UK was always the most open and the most vibrant. Therefore to see it on a reversal path seems a little difficult for us. We have to still assess what the impact will be," she said.

On Brexit's impact on India, she said "if we are to renegotiate our access rights probably we will be able to do a better job than what we have right now because they will have to be separately renegotiated with both the EU and the UK".