India is the fourth highest emitter of carbon dioxide in the world, accounting for 6.6% of global emissions in 2017, according to Emission Database for Global Atmospheric Research.
Advertisement

The top four emitters which covered 58% of global emissions were China (27%), the US (15%), the European Union (10%) and India (7%), according to the projection by the Global Carbon Project. The rest of the world contributed to 41% last year, it said.

In order to stall and its disastrous effects-- carbon emissions must dip to zero, experts say.

However, none of the top 10 countries are on track to meet the climate goals — except for India, said the UN. India was rated two degrees compatible at event in . It means that if all the countries follow the footsteps of India-- it could arrest the average global temperature rise by 2°C by 2100.

Advertisement
The event organised by the UN is bringing together 200 nations to agree on climate change goals. India had earlier asserted that developed countries should step up to fulfil their climate finance commitments by mobilising $100 billion per annum by 2020 to informed parties.

"The developing world isn't really going to act seriously on reducing emissions until the developed world steps up and starts leading the way," said Noah Kaufman, a research scholar at 's Center on Global Energy Policy.

25,000 people from 200 countries are getting together in Madrid to fight climate change 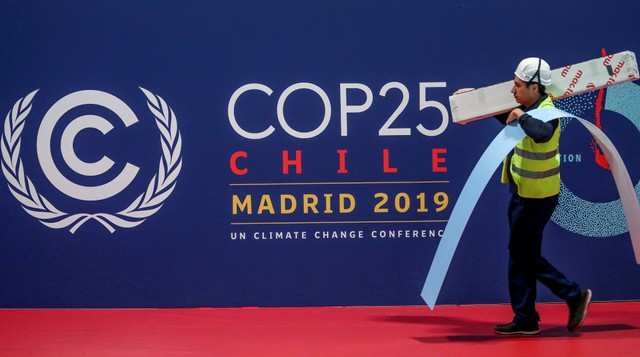 25,000 people from 200 countries are getting together in Madrid to fight climate change