Advertisement
Prabhjote Gill
Jul 1, 2020, 15:40 IST
Artist's rendering shows a thick accretion disk has formed around a supermassive black hole following the tidal disruption of a star that wandered too closeNASA
The fastest-growing black hole in the universe is 34 billion times the mass of our Sun. And, to top it off, it eats the equivalent of one sun — every day. This double the amount that it was estimated to be gobbling up just a month ago.

The dubbed J2157 is only one step short of the largest black hole in the universe — Abell 85 — which has a mass of 40 billion suns. 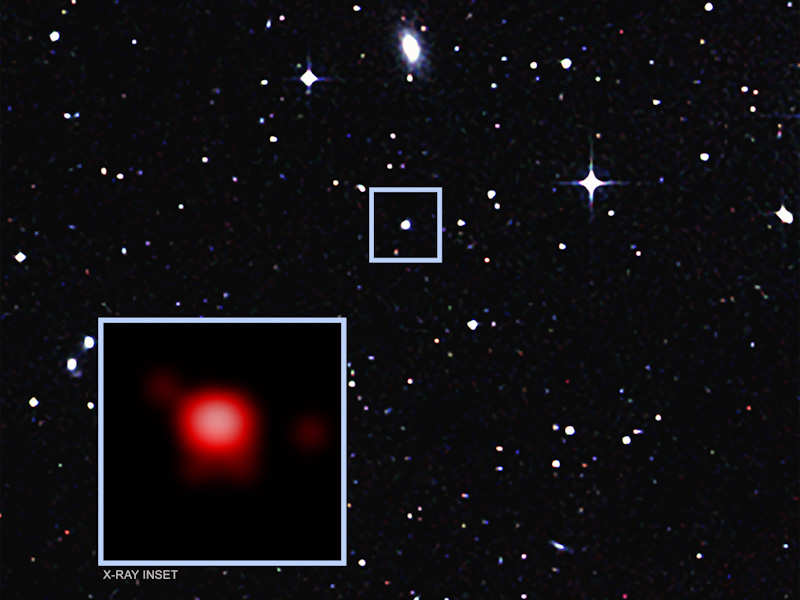 Advertisement
The black hole is 1.2 billion light-years away from Earth and 8,000 times bigger than the black hole Sagittarius A*, which is at the centre of the Milky Way.

“If the Milky Way’s black hole wanted to grow that fat, it would have to swallow two-thirds of all the stars in our galaxy,” quipped Christopher Onker, the lead author of the study published in Monthly Notices of the Royal Astronomical Society.

According to him, how much a black hole can eat depends a lot on how big they already are. In this case, the black hole is already so huge to begin with, which is why it can sustain the diet of one sun a day. The analysis shows that the black hole is growing by 1% every one million years.

Advertisement
The brightest black hole there is
In addition to being the fastest-growing black hole in the universe, it’s also the most luminous black hole on record. Christian Wolf, who discovered the black hole, said, “This black hole is growing so rapidly that it's shining thousands of times more brightly than an entire galaxy, due to all of the gases it sucks in daily that cause lots of friction and heat.”

Wolf believes that if this black hole was at the centre of the Milky Way, it would appear in Earth’s skies 10 times brighter than a full moon. “It would appear as an incredibly bright pin-point star that would almost wash out all of the stars in the sky,” he said.

It would make life nearly impossible on Earth with the huge amounts of X-rays that emanate from the massive black hole.

Advertisement
SEE ALSO:
ISRO, NASA just spotted a black hole spinning so fast that it could be making space itself rotate