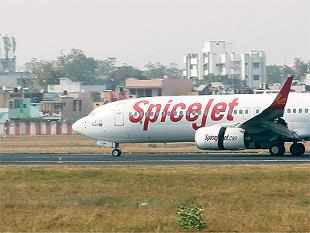 Kapoor prior to his departure from the Gurgaon-based carrier, was discharging the functions and duties of the Accountable Manager as mandated by the aviation regulator DGCA.

The Gurgaon-based carrier in a communication to the Directorate General of Civil Aviation on Friday informed about Gupta's nomination to the position, sources said.

Advertisement
Besides, any other person who has the necessary executive and financial authority to ensure compliance of the requirements of the organization seeking approval can also be nominated as Accountable Manager, as per the DGCA airworthiness advisory circular.

The airline, which is now under the ownership of original co-founder , does not have Chief Executive Officer since 2013. South African national Neil Raymond Mills was the last chief executive of SpiceJet before he quit in July 013.

Besides, the airline also does not have a chief commercial officer since the departure of Kaneswaran Avili in April this year.

"The airline has yet to fill these positions," sources said.

Kapoor, who quit the low-cost carrier to join Tata-SIA joint venture full service carrier Vistara last Thursday, was the third top official flying out of SpiceJet after original promoter Ajay Singh took over the reins of the budget airline.