Sona Comstar IPO worth ₹5,550 crore opens today – find out if this EV battery player has enough juice for a long ride

Advertisement
Rounak Jain
Jun 14, 2021, 12:44 IST
Sona Comstar IPO of ₹5,550 crore is the largest IPO by an auto component maker in IndiaSona Comstar
Advertisement
Sona Comstar, the Blackstone-backed automotive components maker, has kicked off its ₹5,550 crore initial public offering (IPO) today, with the price band fixed at ₹285-291 per share. It is the first of several IPOs launching in the next few weeks.
The Sona Comstar IPO will be open for subscription till June 16. Each lot consists of 51 shares, so each lot will be worth ₹14,841.


Sona Comstar is backed by US-based private equity giant Blackstone. Out of the ₹5,550 crore proceeds from the IPO, Blackstone Group affiliate Singapore VII Topco III would get ₹5,250 crore. The remaining ₹300 crore will be raised via a fresh issue of equity shares.

If successful, the Sona Comstar IPO would be the largest IPO by an auto component maker in India’s corporate history.

Objects of the issue

The company’s prospectus states that out of the ₹300 crore fresh issue, ₹225 crore will be used toward payment of certain borrowings, which will help reduce its cost of finance.

The remaining ₹75 crore are earmarked for general corporate purposes, which includes capital expenditure, working capital requirements and marketing expenses, among other things.

Here’s what analysts are saying

Analysts are bullish on Sona Comstar’s prospects. It has already raised nearly half of the issue from anchor investors, who have ploughed in ₹2,498 crore.
Advertisement
Although some analysts state that the valuation at a 74 price-to-earnings (PE) multiple is rich, they suggest the company is an “exciting” prospect.

“Sona Comstar provides an exciting play on electrification and possesses healthy financial strength but valuations proposed are rich. Nevertheless, we believe the company offers a good investment case on the back of strong growth prospects. Accordingly, we recommend Subscribe only for the long term,” said ICICI Direct in its IPO note.

“Though the valuation appears fully priced in, given its thrust in fast evolving EV space both in India and globally, the market would like to give premium to such emerging growth story. Hence, we recommend Subscribe for Long Term,” the firm said in its IPO note.

Here’s what Sona Comstar’s business is about

Advertisement
Sona Comstar is a supplier of highly engineered, mission critical automotive systems. It supplies components to original equipment manufacturers (OEM) of global auto giants like Ford Motors, Daimler and back home, to Tata Motors and Ashok Leyland, among others.

The boom in the electric vehicle (EV) market around the world has boosted Sona Comstar’s prospects – 13% of its revenue is derived from supplies to the Battery EV segment.

It has nine manufacturing and assembly plants located across India, China, USA and Mexico – six of those are in India.

According to the Automobile Component Manufacturers Association (ACMA), automotive component exports are expected to touch $80 billion by 2026. In FY20, exports stood at $14.5 billion.

IPO watch: List of upcoming public issues in 2021 – from Zomato to GoAir, over a dozen companies have filed for a listing
{{}} 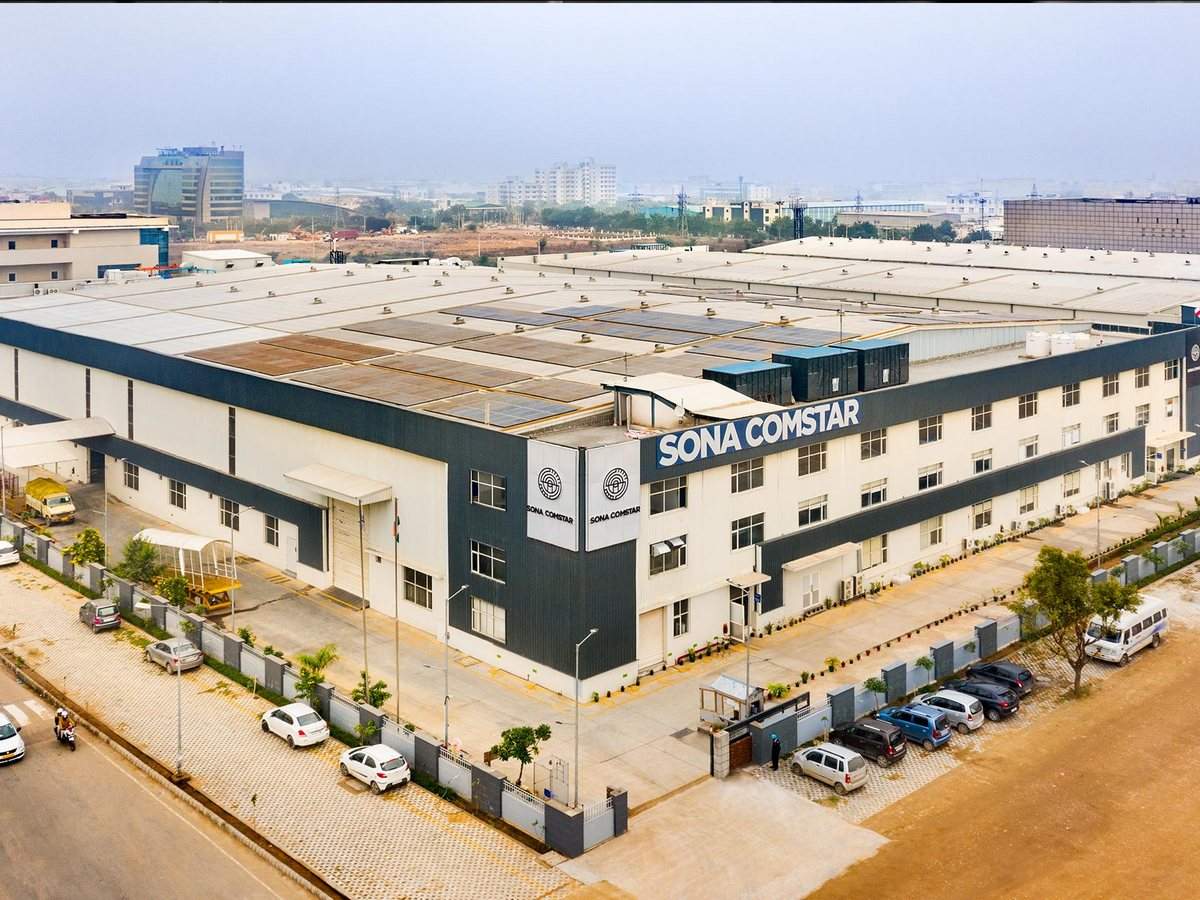