Has the "Naya Jammu & Kashmir" been able to rejuvenate the sericulture industry of the Himalayan region?

Advertisement
IANS
Oct 4, 2022, 17:33 IST
Representational image (IANS)IANS
During the past three years, the and Government has made multiple efforts to develop the agriculture and allied sectors in the region.
Advertisement

A comprehensive "" is being framed to improve the standard of living of the farmers and to allow them to improve their yield, and produce quality products.

One of the important allied sectors that the government has been focusing on in J&K is sericulture, one of the oldest industries in India and Asia. is an agro-cottage, forest-based industry, labour-intensive and commercially attractive economic activity falling under the cottage and small-scale sector. Silk is the final product of this industry.

The government has embarked on a mission to restore the pristine glory of sericulture in "Naya Jammu and Kashmir". It has roped in scientists, officers, and farmers for the holistic development of the sector in the Union Territory. Latest technologies and people-friendly government schemes have gone a long way in increasing the productivity of silk in the Union Territory.

The prime objective of the government is to make the lives of farmers associated with sericulture better so that this dream fabric manufactured indigenously in J&K reaches every nook and corner of the world. Efforts are being put to preserve uniqueness, beauty, and genuineness of the fabric as the quality and craftsmanship are the hallmarks of J&K's crafts.

Advertisement
The Central and UT governments are providing training, technology inputs, IT tools and other infrastructure to support the required transformation of the sericulture sector in the Himalayan region. The roadmap has been framed with an aim to come up with a product that would be able to compete in the international markets.

The government has identified the veterans in the industry and their skills are being used to train the youngsters, who can carry forward their legacy. The sector which till August 5, 2019 — when the Centre announced its decision to abrogate J&K's special status and divided it into two Union Territories, J&K and Ladakh — was in a moribund condition, has now got a new lease of life and is on the revival path.

The area under Mulberry plantation is being expanded to increase leaf availability for rearers and enrich green wealth. The Forest and Sericulture Departments are working closely to achieve the green mission in J&K. Market infrastructures are being improved to facilitate the cocoon growers to sell their produce easily.

One of the three important centres in the country for Research and Development, Training, Transfer of Technology and IT Intervention has been set up at Pampore in Kashmir.

Advertisement
The Silk Samagra Yojana launched in 2017-18 under the guidance of Prime Minister Narendra Modi has proved to be a game-changer in making sericulture sustainable by supporting the country's as well as J&K's silk industry in an integrated manner.

In the first phase of Silk Samagra, about 900 silkworm rearers were directly benefited and about 618 rearing houses were also established in Jammu and Kashmir.

The UT government has increased the revolving fund from ₹70 lakh to ₹3.50 crore. The Central Silk Board has allocated ₹35 crore for J&K under Silk Samagra Phase-II benefitting around 27,000 families involved in sericulture in Jammu and Kashmir.

The Central Silk Board has assured the J&K administration that the funding will be enhanced as per the requirements in Himalayan region so that more and more farmers and entrepreneurs are benefitted in the coming years.

The Sericulture Department in J&K is mulling to include Krishi Vigyan Kendras to enable a strong support system for sharing of information and developing necessary facilities to increase the income of farmers and providing them with linkages to sericulture FPOs.

Advertisement
The Union Ministry of Textiles is supporting all the endeavors of the J&K government to increase silk production in the Union Territory. Private players from across the country are being roped in to invest in the sericulture sector in J&K so that it becomes one of the most vibrant industries.

Sericulture suits rural population working with agriculture, entrepreneurs and artisans as it requires low investment with potential for relatively higher returns. It provides income and employment to the rural poor especially, farmers with small land-holdings, marginalised, and weaker sections of the society.

Though there is no exact record as to how and when exactly the silk industry originated in Jammu and Kashmir, there is a mention of silk and mulberry tree in Rajtarangini — the oldest written chronicle of Kashmir. The references in Mahabharata and Ramayana establish that sericulture was being practiced in J&K from times immemorial. There is evidence in ancient Sanskrit literature that the original home of silk is J&K.

Despite silk being one of the traditional industries in the Himalayan region, it didn't get the desired attention and focus from 1947 to 2019. The half hearted efforts that were put in by the former political regimes didn't produce the desired results.

During the past one year, the 85-year-old Rajbagh situated at the banks of River Jhelum in Srinagar has seen eightfold increase in the production of the silk fabric. The production had declined owing to aging workers and old machines.

The September 2014 floods had severely damaged the traditional looms of the factory making it defunct for many months. The production had come down drastically to 1,000-1,500 metres per month and instead of 38 varieties, it was only able to produce eight varieties. After the introduction of new technology and high-tech looms the factory is on its way to regain its pristine glory. Presently the factory is able to weave 10,000-12,000 metres of silk cloth in a month working in a single shift which means the capacity has increased to produce 1.5 lakh metres annually. During the past one year, the factory has been able to produce 23 varieties of silk cloth.

In Jammu, a silk weaving factory was established at Bari Brahmana in 2020. In the year 2020-21, the factory produced 4.50 lakh metre silk fabric and around 2,0000 families associated with the cocoon rearing in the Jammu Division were benefited due to it.

Advertisement
According to the officials, there are about 7 lakh mulberry trees - 53 per cent (370,000) are in Jammu and 47 per cent in Kashmir. There are 2,800 villages and 33,000 households in which sericulture was generating an income of Rs 2,026 lakh annually and 3.5 lakh man days activities are associated with this profession. The Sericulture Department now has 173 nurseries spread over an area of 963 acres, and 374 mulberry blocks over an area of 2,215 acres across J&K. Out of these, 1,500 villages are situated in Kashmir and the remaining 1,300 villages in Jammu.

Not only silk, Govt focusing on all sectors

The government has been tapping all the resources and is trying hard to put the silk industry in the Himalayan region back on the track. The helmsmen are not only focusing on the revival of the sericulture they are also putting in relentless efforts to infuse new lives into all the languishing crafts of J&K.

This initiative has led to increase in the demands of these products globally and now the efforts are being put in to provide GI tags to more items produced or manufactured locally in the Himalayan region.

Advertisement
Within 3 years of the abrogation of Article 370, a temporary provision in the Constitution of India, J&K products have flooded the global markets and the common man has been the biggest beneficiary.


How a tiger-infested Assamese forest got reduced to barren wasteland in only a decade, and then bounced back 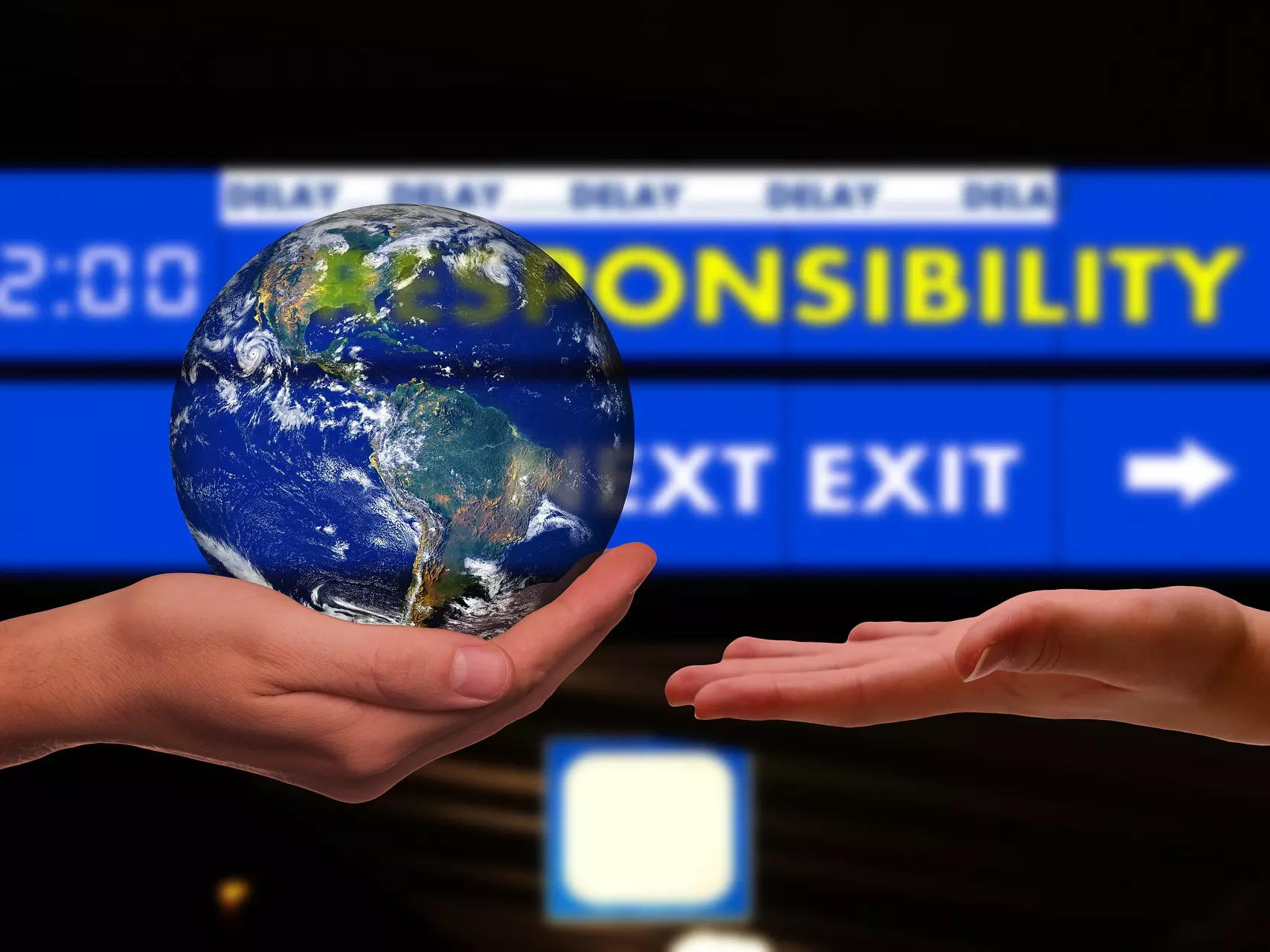 The prime objective of the government is to make the lives of farmers associated with sericulture better so that this dream fabric manufactured indigenously in J&K reaches every nook and corner of the world. Efforts are being put to preserve the uniqueness, beauty, and genuineness of the fabric as the quality and craftsmanship are the hallmarks of J&K's crafts. 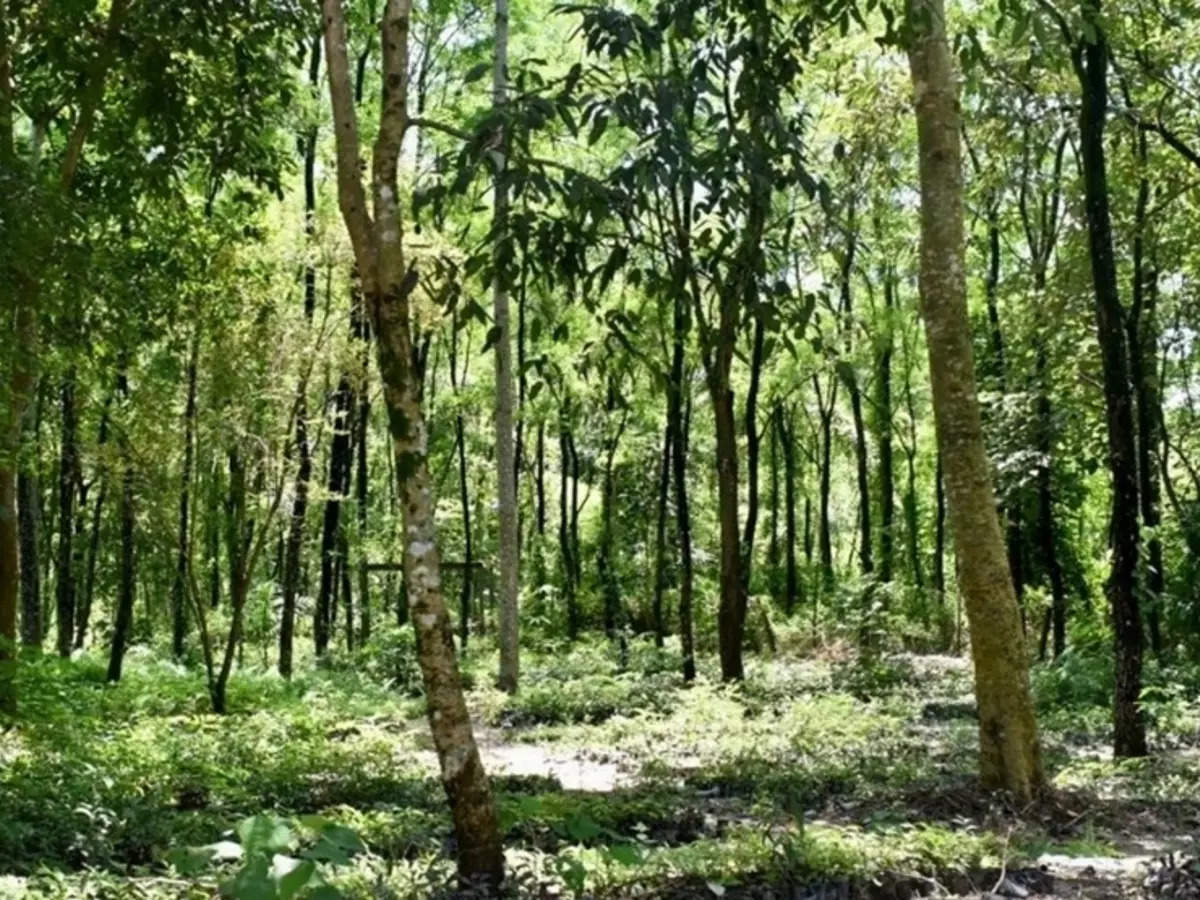 How a tiger-infested Assamese forest got reduced to barren wasteland in only a decade, and then bounced back

The prime objective of the government is to make the lives of farmers associated with sericulture better so that this dream fabric manufactured indigenously in J&K reaches every nook and corner of the world. Efforts are being put to preserve the uniqueness, beauty, and genuineness of the fabric as the quality and craftsmanship are the hallmarks of J&K's crafts.
NewsletterSIMPLY PUT - where we join the dots to inform and inspire you. Sign up for a weekly brief collating many news items into one untangled thought delivered straight to your mailbox.
CAPTCHA: