Advertisement
Dearton Thomas Hector
Mar 11, 2021, 18:18 IST
Software-as-a-service unicorn IcertisIcertis
Advertisement
The Indian startup that helps bigwigs like , and manage their contracts just bagged $80 million (around ₹580 crore) in its series F round of funding.
Pune and Seattle-based Icertis is a startup that uses artificial intelligence (AI) and machine learning (ML) to manage contracts on the cloud. Rather than keep track of compliance or payments on paper, everything is managed automatically by the company’s contract intelligence software-as-a-service (SaaS).

The company said that it was valued at over $2.8 billion dollars (around ₹20,000 crore at current rates) in a press statement. The tech unicorn claims that its valuation tripled compared to July 2019, when it raised the series E round.

EXCLUSIVE: This Indian unicorn helping Google, Microsoft and Apple manage their contracts is hiring⁠— it needs techies as well as people in sales


The company, which was founded in 2009 by Samir Bodas and Monish Darda, has raised over $280 million in private equity funding till date. The latest funding round was led by existing investor B Capital Group, along with investors Premji Invest, PSP Growth, Greycroft, Meritech Capital Partners, and e.ventures.

The firm said it will be using this money to invest in “accelerating AI (artificial intelligence) and blockchain development.” It also added that it will also utilise the funds to expand its sales and marketing efforts.
Advertisement

In an exclusive interview with Business Insider last year, Darda, co-founder and chief technology officer (CTO) of Icertis had said that they will continue to hire aggressively to support their growth and expect the firm to increase its headcount 30% to 40% in 2021.

SEE ALSO:
EXCLUSIVE: This Indian unicorn helping Google, Microsoft and Apple manage their contracts is hiring⁠— it needs techies as well as people in sales 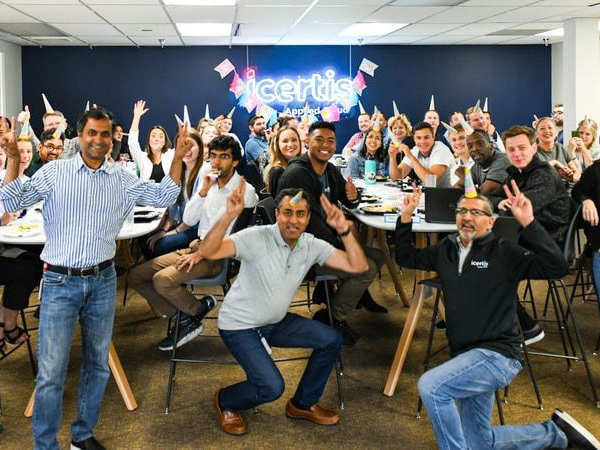 EXCLUSIVE: This Indian unicorn helping Google, Microsoft and Apple manage their contracts is hiring⁠— it needs techies as well as people in sales