Advertisement
Prabhjote Gill
Jul 22, 2020, 14:40 IST
Willt he Jio-Google-Qualcomm triangle be enough for Jio to launch its JioPhoneUnsplash/Qualcomm/BCCL
Advertisement
Reliance Industries’ chairman announced that the company’s telecom arm, Reliance Jio, will be working on a new smartphone for the Indian market. Whether it will be a 4G smartphone or a 5G smartphone still remains to be decided.


While Jio’s most recent partnership with Google for $4.5 billion will help it manage the software side of things. The Jio-Qualcomm investment will also play a key role in ensuring the smartphones are affordable. The system on a chip (SoC) manufacturer commands the lead in manufacturing chipsets worldwide with 40% market share.

Discover the future of SaaS in India
The 6-part video series will capture the vision of Indian SaaS leaders and highlight the potential for the sector in the decades to come.25th Aug, 2022 Starts at 04:00 PM (40 mins)Register Now
Our Speakers
If successful, Jio could be a possible threat to Chinese smartphone makes like Xiaomi, Oppo, Realme, and Vivo who sell around eight in every 10 smartphones in India.

This is a second attempt to make affordable smartphones by both Google and Jio
In its mission to create an ‘entry-level’ smartphone, Ambani asserted that the company’s newest partnership with Google will play a central role. Reliance and Google will collaborate on the software side of things to create a new Android-based operating system for Indian users.

Google picks up a 7.7% stake for ₹33,737 crore in Reliance Jio – the two will now build affordable smartphones for India


One should know that this is Google’s first foray into building an affordable operating system that can be integrated with entry-level phones. In 2017, Google launched Android Go — a trimmed down version of Google’s near-stock offering Android One, targeted at low-end ultra-budget phones — accompanied by lighter apps in the Play Store.

The Android Go operating system is optimised to run with just 512 MB or 1GB RAM. The company claims that Android Go can open apps 15% faster than regular Android and comes with a data saver feature to help users consume less mobile data.

Just as with Android Go, a partnership with Jio will allow Google to increase the number of users of its apps and services. KaiOS, the operating system on the Jio Phone, had beat Apple’s operating system to come in second when it was launched in 2018 — mostly due to the popularity of the Jio Phone and its budget pricing.

It will be a 4G phone to start with
“The new version of Jio Phone, if and when it happens, we are anticipating it's unlikely to be 5G — it will likely it will be a 4G segment,” senior analyst Tarun Pathak told Business Insider. The bigger issue, however, is if these two partnerships are enough.
Advertisement

The collaboration with Google could also put in mobile future partnerships aimed as making phone specially for the Jio network akin to the network-linked smartphones in the US.

What Qualcomm may bring to the Jio smartphone
The company’s JioPhone came with a Qualcomm chipset and that is likely to continue with this renewed partnership. “It remains to be seen how Jio will take on this segment, whether they’re going all out with a 4G smartphone or with Make-in-India,” senior analyst at Counterpoint Tarun Pathak told Business Insider India.

How cheap will it be?
To call it a “made in India” phone, Ambani has to ensure that the new Jio smartphone is not just assembled in India like in the case of Xiaomi, Apple, Samsung or OnePlus. Pathak estimates that 88% of the components needed to build a smartphone come from outside India, mostly from China. “Value-addition in India is just 12%,” said Pathak.

“If you are not dependent on the Chinese you won’t be able to hit the price point which JioPhone has hit in its first iteration — like $20 or so,” said Pathak.

Intel will speed up Mukesh Ambani’s 5G run, power him with AI and possibly a Jio laptop⁠— all in return for massive amount of data 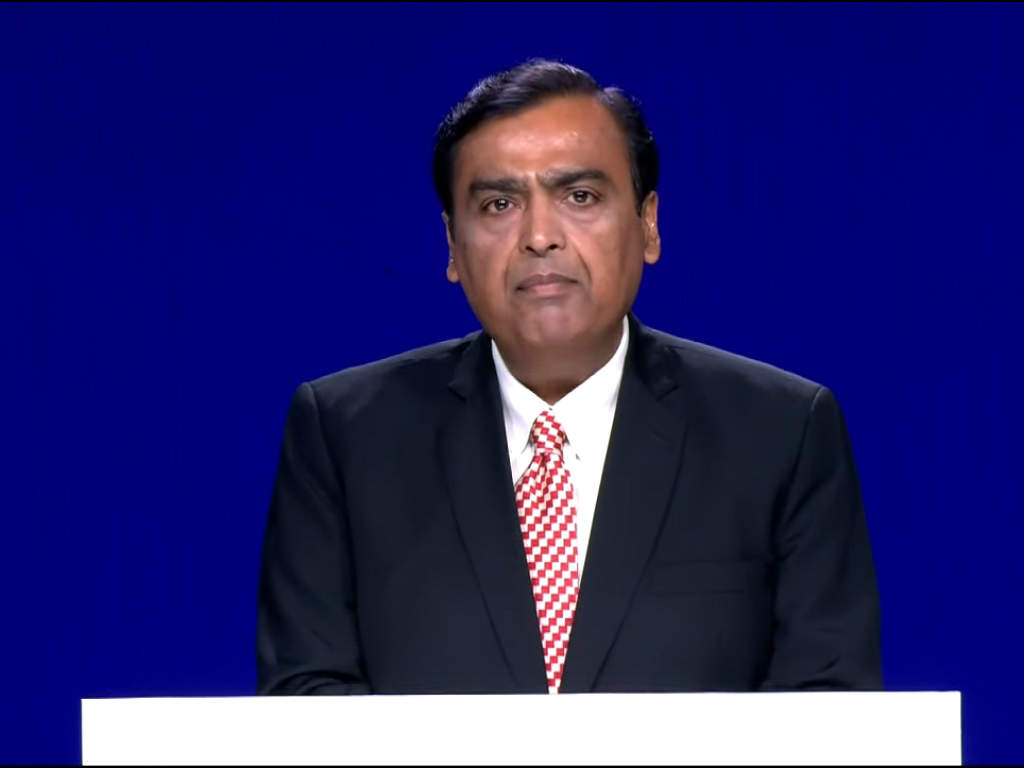 Google picks up a 7.7% stake for ₹33,737 crore in Reliance Jio – the two will now build affordable smartphones for India