Advertisement
Sudhanshu Singh
Oct 13, 2021, 17:57 IST
lntel goes agressive on discrete gaming plans.Intel
Advertisement
Microsoft and Intel are two names synonymous with personal computers (PCs) for all the 90s kids and adults. Even for enthusiast gamers, the only choice was Intel Pentium processors in the 90s, to Core 2 Duos in the mid-2000s, and now we have the 11th Gen Intel processors. The difference now is that Intel is not the only option to game on PCs.
To make 'PC the best place to play', Intel has ventured into the discrete graphics space. It has been hyping the Xe Graphics for about two years but the hopes are tied to the GPU (graphics processing unit), which is said to cater to professional gamers. It's technically the first proper discrete GPU after the Intel Xe DG1 that came earlier this year. To know more about what Intel's gaming division is up to, Business Insider India spoke to Marcus Kennedy, general manager of gaming division, client computing group at Intel Corporation.

Right off the bat, we asked the most obvious question — why did Intel enter into the discrete graphic market so late? And why now?

Kennedy told us that Intel has been making integrated graphics for a long time and gave a few examples including the Iris Xe released with the Tiger Lake CPUs (central processing units). He said, "we are entering at a time when there are certainly incumbents and from our perspective, given our technology and scale, we think that the current market dynamics are pretty ripe for disruption. And, you know, competition is always good."
Complimentary Tech Event

While Intel's big announcement about its Arc Alchemist is still awaited, comparisons are being drawn with AMD and NVIDIA on multiple fronts. While Kennedy did not take names, he claims that Intel has the prowess to catch up with the leaders in discrete graphics space. "The breadth of the architecture spans from mobility to high performance compute (HPC) to what we’re doing in gaming with the HPG (high performance gaming) architecture," he said.

We asked Kennedy about the gaps that Intel is looking to fill that exist there in the gaming ecosystem.

Advertisement
He responded with a similar logic attributing to Intel's age-old existence and its work in making PCs what they are today. Calling Intel one of the "stewards of the PC", he said the company's focus is to continue to advance the PC and to elevate gaming on that PC for the community.

"So whether it's driving technology innovation in collaboration with our partners, or creating innovation behind our walls, and leveraging our partners and ecosystem to go drive it; to us, being at the centre of the PC and in the forefront of the innovation of this platform is the key," he said.

Intel's approach towards gaming is represented as giving an all-around push to the ecosystem to make it more gamer-friendly. This means in addition to focusing on essentials like overclocking, and high refresh rates, other areas like multitasking will be kept in mind too because as Marcus put it "gamers don't just game right".

Following up on Intel's stance on filling the gap in the ecosystem, we asked about the competitive advantages of their products over others.

The way Kennedy answered this made it clear that the company will be making the most out with an option to use Intel in both sockets. That's because having their own CPU and GPU in both sockets will allow the company to take their relationship with game developers to do deeper optimisations. Kennedy said that working closely with game developers allows them to ensure that engines work at their best. In his words, Intel's discrete GPU will allow them "to expose the best experiences that those developers want their gamers to experience on top of both the CPU and the GPU hardware. So we're able to optimise across both of those sockets in a way that we hadn't before."

As mentioned, working with game developers is essential to create a well-optimised gaming experience. With those advantages with Intel, what should we expect to change in terms of the gaming experience as gamers? What does the future look like?

Advertisement
Kennedy started by clarifying that the future of gaming is going to be more than just what's in a single CPU or GPU, it's going to be about the whole experience that the system brings, changing the way we play games on PC.

He also mentioned cloud gaming, which came into existence almost a decade ago and gained popularity in recent years. He said it's catching up partly because of better internet, computing hardware and wireless technology. Also, partly due to larger companies taking more notice of it and putting more investment in it. However, he believes "cloud gaming will never be as good as actual gaming on a client". Adding to that, he says "it's going to get to a place where more gamers will start taking advantage of it and it'll be good enough and we'll be able to bring experiences to gamers that may not have been able to enter the market in the past."

Lastly, he threw light on competitive gaming or eSports. He said, "the trend of more people watching games and getting excited about playing the games that they see on the screen will just feed a virtuous cycle of growth for this segment specifically and gaming will become more mainstream and it'll be just another sport over time."

Given the current circumstances like supply shortage and higher GPU prices right now, consoles look like a favourable option for gamers. It might not be a PC replacement but for casual gamers console is still a good option to resort to. What is your take on console gaming and is there any chance that we can see Intel chips on consoles in near future?

The first thing Kennedy pointed out was that the first Xbox console ran an Intel chip. With that fact on the side, he said Intel wants to "bring the technology everywhere to try to delight as many gamers as we can". So that might be a hint that we may see Intel chips on consoles going forward.

While drawing a comparison Kennedy summed up to say that "consoles are a good place to play, PCs are the best place to play." He says so because of factors like the limitation of first-party titles on consoles, the cap on frame rates as the best consoles can only do 120fps (frames per second) with most titles capped at 60fps. "So the availability of titles and variety of games that are available and the level of audio-visual fidelity, refresh rates, all of those on the PC is definitely a step up," said Kennedy.
Advertisement

The pandemic led many industries to go through a drastic change. How did it change the PC industry in terms of casual users and gamers?

The PC market saw a jump in demand all around the globe during the pandemic. Kennedy said while folks were forced to stay indoors to keep themselves safe, they spent more time at home and spent less money, which eventually led them to spend time on their PCs and had more money to upgrade them as per the need. So, whether it was for education, gaming, or for media for streaming there was a relatively large spike in unit volume. With all members of the family working, studying or gaming at home, the density of PC usage per household also rose globally.

Even in India, Kennedy said the rise in the number of people switching from phone to PC and consoles for gaming increased. In terms of eSports, he said, "more people started watching eSports, as we saw peak concurrent views of all of our eSports events. And it wasn't just our events, it was across the board. All of the record numbers for any of those events happened during those first few months of the pandemic, as people were finding ways to pass the time and better connect with other people."


We did ask about upcoming discrete GPUs from Intel, but he didn't share specifics of the rollout plan. So we moved on to dig a bit about Intel's position on the ongoing global chip crunch.

Acknowledging the shortage in semiconductor components, Kennedy said the situation has increased the demand for Intel products and they have been expanding their manufacturing capacity to grow CPU supply by double digits over the year versus 2020. This added with the fact that Intel’s Chief Executive Officer Pat Gelsinger announced earlier the company’s IDM 2.0 strategy, where the company would leverage the right foundry, whether external or its own, for manufacturing the right product, should ease some of the burdens on the industry as a whole, whether its for processors, GPUs or even car components.

SEE ALSO:
Bitcoin is the newest tool in the battle against inflation — Here’s why
After semiconductor chips and coal, India now has a tomato shortage
{{}} 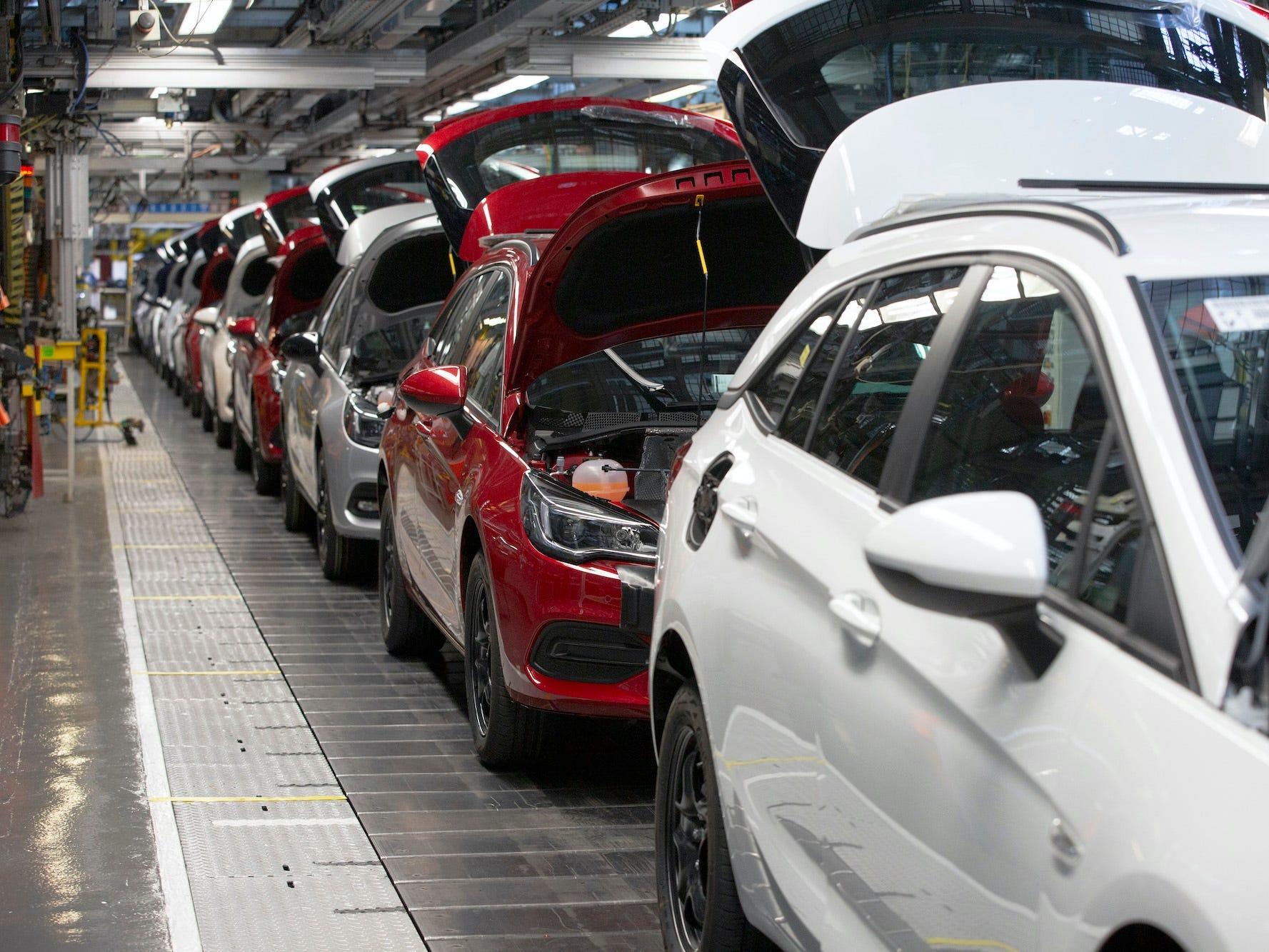