The Drought Series: Telangana is facing its 3rd consecutive drought coupled with a heatwave 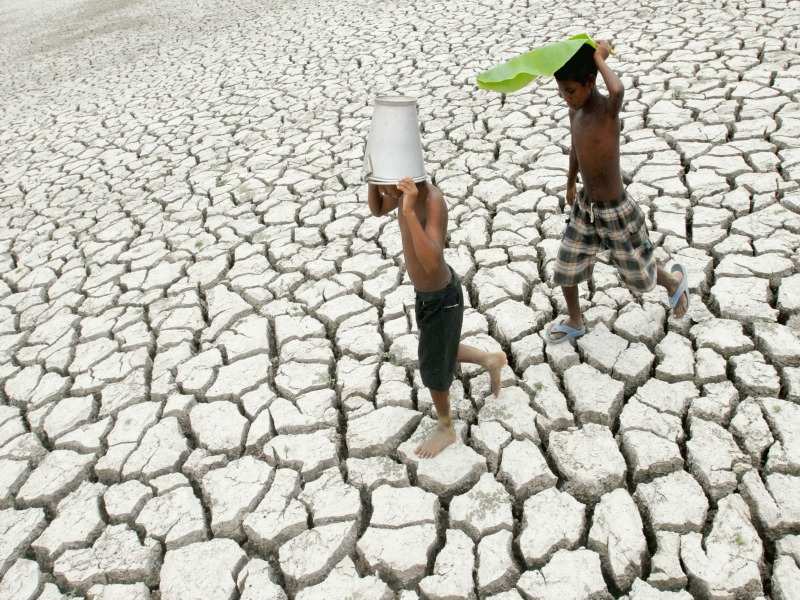 The borewells and hand pumps that were serving the water needs of people of Telangana have dried up. The scanty rainfall has spared no one and even Telangana, which was bifurcated from Andhra Pradesh in 2014, is staring at its third successive drought.
Advertisement

Coupled with an unrelenting heat wave, villages in Telangana are facing a long gap between demand and supply of water. Even Hyderabad is facing the dry spell as four major reservoirs that supply drinking water to the capital city went dry for the first time in 30 years.

Singur, Manjeera, Osman Sagar and Himayat Sagar reservoirs have dried up and presently, there is a gap of 47 per cent between demand for water and supply in Hyderabad.

Meanwhile, other districts and villages of Telangana are also facing the same problem as temperatures as high as 44.6 degrees are making the situation worse.

One of the hottest districts Adilabad recorded 11 sunstroke deaths so far. Till now, 66 deaths have been reported in Telangana.

Advertisement
Clearly, the ban on illegal borewells did not work and the digging activity went on across the state.

Even though the state machinery has stepped up efforts to deal with the crisis, it is not giving immediate relief to the farmers who are selling off their cattle to survive.

(Images: Indiatimes)
NewsletterSIMPLY PUT - where we join the dots to inform and inspire you. Sign up for a weekly brief collating many news items into one untangled thought delivered straight to your mailbox.
CAPTCHA: