The fourth industrial revolution will have effects on India, here’s how 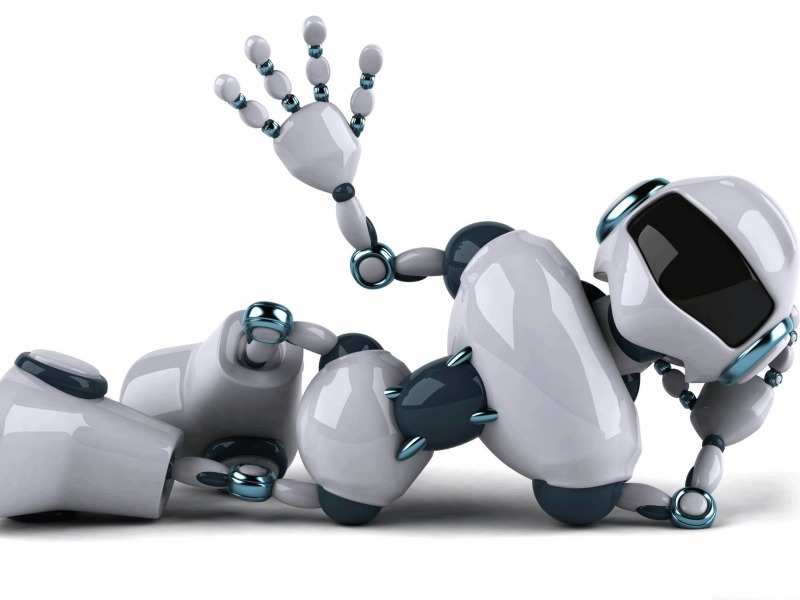 The recent World Economic Forum (WEF) in created a buzz around ‘Fourth Industrial Revolution (FIR)’, which was defined by WEF founder and executive chairman Klaus Schwab as a “technological revolution that will fundamentally alter the way humans live, work and relate to one another”.
Advertisement

The first industrial revolution started in England towards the end of the 18th century with the use of steam power and revamping of the textile industry through mechanisation.

The second revolution began a century later and culminated in early 20th century; it was driven by electricity and a cluster of inventions including the internal combustion engine, the aeroplane and moving pictures.

The third industrial revolution, which was started in early 1970s, was basically digital in nature—it involved application of electronics and information technology to enhance production, and centred around concepts such as mass customisation and additive manufacturing (for instance, 3D printing) whose applications are yet to be explored fully.

The is seen as an upgrade on the third one and is noted for a mix of technologies across biological, physical and digital worlds.

Advertisement
Nicholas Davis, head of Society and Innovation at the , has defined the fourth revolution as the advent of “cyber-physical systems which represent entirely new ways in which technology becomes embedded within societies and even our human bodies”.
In a WEF paper, Davis has spotted genome editing, new forms of machine intelligence, and breakthrough approaches to governance that rely on cryptographic methods such as blockchain, as the early signs of the advent of the fourth revolution.

While the fourth revolution will help lift incomes and improve lives, and lead to long-term gains in efficiency and productivity, it will also pose formidable challenges.

As the world moved on to succeeding industrial revolutions, the impact of disruptions became increasingly profound.

For example, the music industry turned upside down with the Apple iPod. Going by this logic, FIR will usher in the most unpredictable disruptions. For example, the smartphone industry could be erased by the next big thing in technology about which even predictions are next to impossible.

Going by the device and product cycles that are increasingly getting shortened, even FIR can prove to be short-lived with the ‘fifth industrial revolution’ making inroads before the so-called technology pundits start predicting the same.
Advertisement

According to MIT Sloan School of Management economists Erik Brynjolfsson and Andrew McAfee, the revolution is likely to increase inequality in the world as the spread of machines increases unemployment and disrupts labour markets.

According to Schwab, “in the future, talent, more than capital, will represent the critical factor of production, giving rise to a job market increasingly segregated into low-skill/low-pay and high-skill/high-pay segments, which in turn will lead to an increase in social tensions”.
This was highlighted by Swiss bank UBS in a report launched at Davos that said, ”There will be a “polarisation of the labour force as low-skill jobs continue to be automated and this trend increasingly spreads to middle class jobs.”

Just to elaborate, while driverless cars will lead to an increase in demand for smart coders who can make such cars ply the roads in different parts of the world safely, it will make drivers obsolete, leading to huge job losses.

Loss of low-end jobs is where India, which is known for a very large low-skilled or unskilled youth population, is likely to face severe challenges.

Advertisement
In India, where more than 60 per cent of population still don’t have access to basic amenities, lack potable water and toilets, live in one-room huts with no electricity and is exposed to all sorts of pollution, FIR can further unsettle the social fabric, with the rich getting even more richer and the poor becoming more doomed.

The country, which still relies a lot on the agricultural sector for a major chunk of its GDP, already faces several crises in farming that include lack of labour, low prices of produce, shortage of water and poor soil.

As FIR catches up, newer agricultural methods, including precision land-based farming or container agriculture, powered by solar energy and other renewable energy systems, are set to revolutionise the way farming is done, making it efficient, high yielding and remunerative.
Container-based farming, which is fast gaining momentum in developed world, can help grow any agricultural produce, including fruits, grain and vegetables with the use of precise levels of light, temperature, humidity and nutrients which are precisely monitored and controlled by smart sensors and computers.

While these new methods will significantly enhance productivity, they (based on the principle of hydroponics or aeroponics) will hugely hurt farmers’ income as these methods would require only a few labourers, very little soil and water.

After having seen the immerse perils of being left behind in the first three industrial revolutions, India cannot afford to be a laggard as FIR unravels. However, how to ensure parity among the rich and the poor when it comes to income creation will continue to be a tough nut to crack.
Advertisement