Advertisement
Preeti Soni
Dec 3, 2019, 11:00 IST
Advertisement
Meet Shanmuga Subramanian, 33, who is now being hailed a ‘tech wizard’ for helping NASA find the debris of Vikram Lander on the moon. He scoured the pictures taken by the Lunar Reconnaissance Orbiter Camera (LROC), NASA and Arizona State University announced on Monday confirming the find.

“I didn’t use any tools, only used my laptop to scan images,” said Subramanian who claimed to be a ‘big fan of ISRO’. He also told in a television interview that he never missed an ISRO launch.

In September, ISRO lost contact with the lander when it was attempting to soft-land near the moon’s South Pole.

"Subramanian contacted the LRO project with positive identification of debris. After receiving this tip, the LROC team confirmed the identification by comparing-- before and after images," said NASA in a statement.

“I hope this inspires a lot of amateur space enthusiasts. I found one piece of the Vikram lander and based on that NASA found the other parts. I hope ISRO will have a successful Chandrayaan 3,” said Subramanian while speaking on a TV channel.
Advertisement

Today, the US space agency officially tweeted an image of the debris that was spotted on the moon’s surface.

The #Chandrayaan2 Vikram lander has been found by our @NASAMoon mission, the Lunar Reconnaissance Orbiter. See the… https://t.co/niHBT1STV2


Just three hours after NASA’s Tweet, Subramanian identified himself on Twitter and spelt out the details. As expected, it went viral. And India’s most social media friendly industrialist shared the viral tweet and engaged in a banter with a person trying to discredit him.


Subramanian also shared a screenshot from the mail he received from Lunar Reconnaissance Orbiter Mission (LROC), saying that he will be given due credit for his findings.

“The debris first located by Shanmuga is about 750 meters northwest of the main crash site and was a single bright pixel identification in that first mosaic (1.3 meter pixels, 84° incidence angle). The November mosaic shows best the impact crater, ray and extensive debris field. The three largest pieces of debris are each about 2x2 pixels and cast a one pixel shadow,” wrote NASA.
Advertisement


The American space agency’s Lunar Reconnaissance Orbiter Camera (LRCO) tried to locate Vikram earlier in September as well but the light conditions were too harsh for an accurate image. 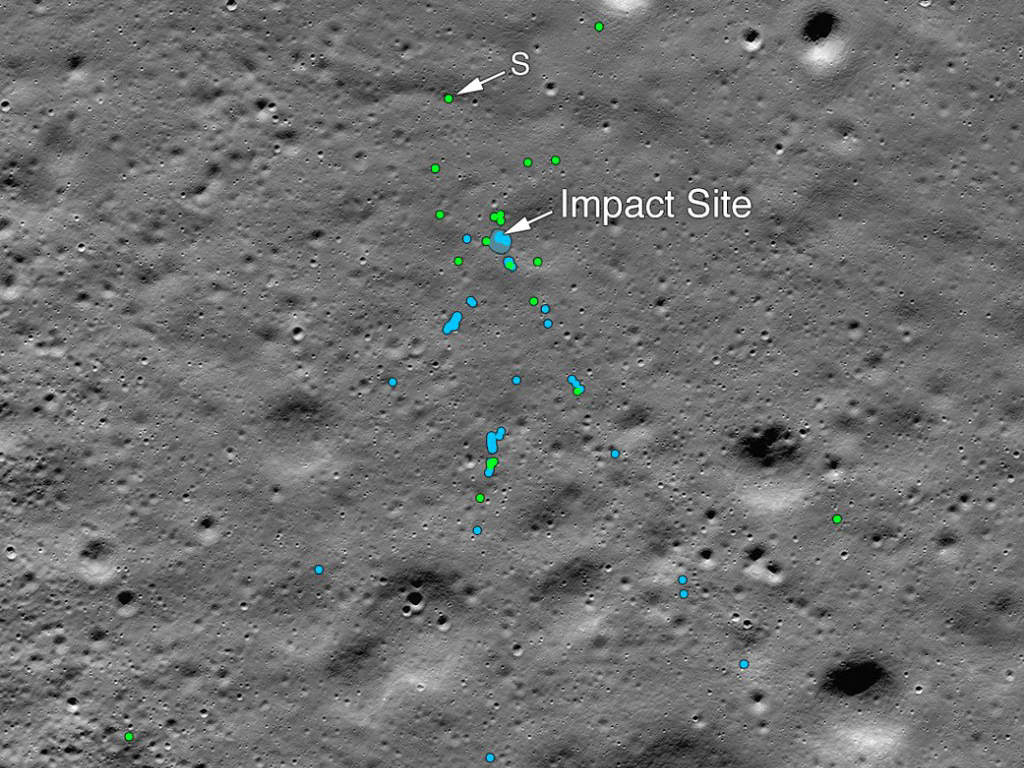