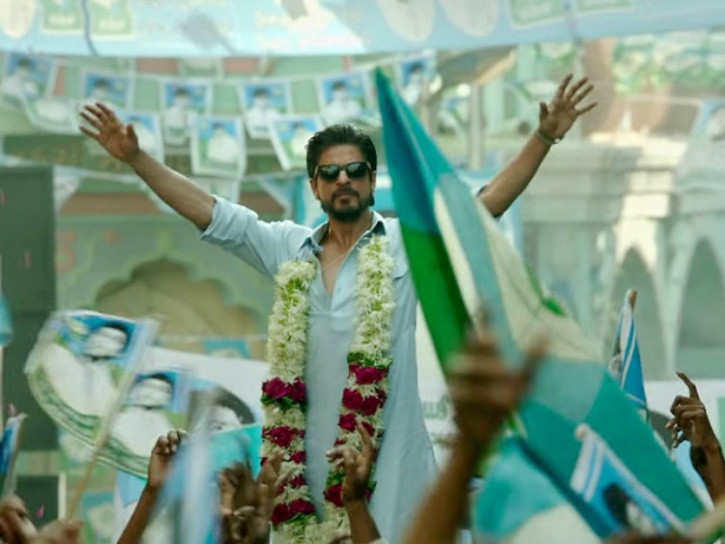 In Raees, Shahrukh Khan essays the role of a bootlegger with aplomb, for which he has not only been getting rave reviews, but the film, which also has liquor-prohibition as its backdrop, is also on its way to become the first Rs 100 crore film of 2017.

Thus, it is a little ironic that and the team are all set to celebrate the success of the film sans any alcohol today in Mumbai.

Advertisement
In a statement, producer Ritesh Sidhwani of Excel Entertainment said, &ldquo;The entire team is very happy with the critical acclaim and audience reaction to the film. It has been a perfect combination. It seems that all efforts have come to fruition.&rdquo;

Raaes, which has been directed by Rahul Dholakia is all set to enter the Rs 100 crore club today, making it King Khan's seventh film to feature in to the prestigious club. As of now, the film has clocked around Rs 93.24 crore during the weekend setting a record of the highest ever weekend with two or more releases.

Moreover, the film has also been receiving positive reviews, with viewers and critics loving the angry young man version of the actor.