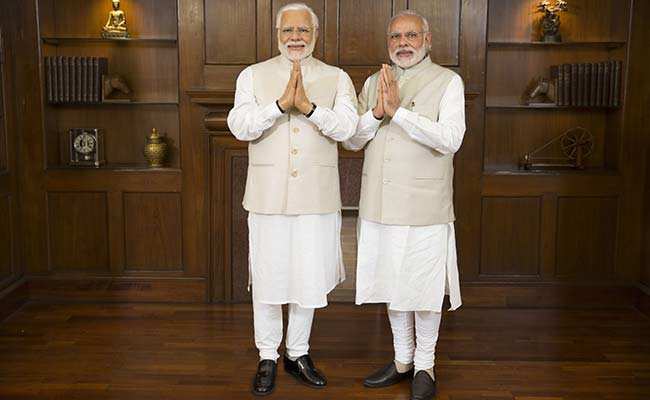 Advertisement
On Monday, Modi met Modi in New Delhi. Both were identically clad in white kurta pyjamas which were complimented by a cream jacket and a pair of black shoes.

However that was one tiny difference- one was the of and the other was his wax version.

had the opportunity of seeing his wax statue before it travelled to London to find a place in museum at Baker Street from April 28. Besides, London, three other Modi wax figured will also be displayed in Singapore, Hong Kong and Bangkok today onwards.

Taking their similarities a notch higher, Narendra Modi also joined in with his wax version in a trademark namaste.

He was all praise for the wax replica after their unusual meeting.
Advertisement

"What can I say? As far as art is concerned, the Madame Tussauds team is exceptional at what they do. What Lord Brahma does normally is what the artists there are doing. Today, I had an opportunity as the prime servant of my people to meet my wax figure," Modi added. 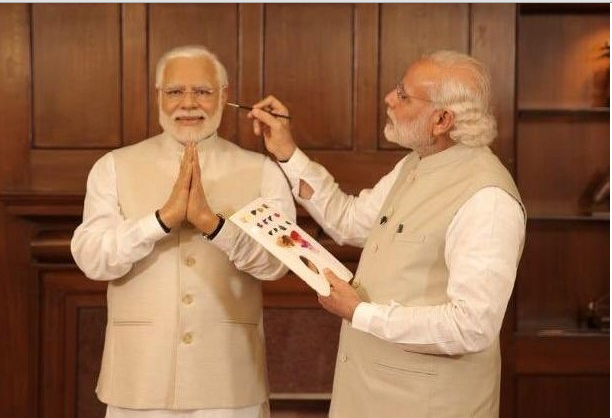 According to Edward Fuller, the General Manager at Madame Tussauds, the immense interest in Narendra Modi is evident from his massive social media following. He also added that he was sure that it would also mean that many guest would line up to stand shoulder to shoulder with one of the most influential men in the world. “And, maybe even grab a selfie.”

"We will be delighted to welcome Mr Modi to the world stage at Madame Tussauds, London," said Fuller, adding, "It's wonderful that he had the opportunity to see his figure in India earlier this week before the public gets the chance to meet him here."

In case you were wondering, each Modi figure cost 150,000 pounds and took a team of talented artists four months to make.
Advertisement

His wax replica will now join other global leaders at Madame Tussauds like President Obama, David Cameron, Angela Merkel, Francoise Holland while standing alongside giants like and Winston Churchill.