12 of the most remote travel destinations on Earth, each with its own superlative

Advertisement
SCMP
Oct 18, 2019, 13:33 IST
Travel means different things to different people. A short flight followed by a taxi transfer to a stylish resort with an inviting pool satisfies many people’s needs. But for those with time to spare and incurable wanderlust, there are plenty of exotic, hard-to-reach destinations that involve a lot more plan­ning than does a long weekend in Phuket.
Advertisement

Mobile phone signals aren’t guaranteed in the following places but travel bragging rights definitely are. These destinations even come with their own superlatives.

Even in a list of desolate destinations, Pitcairn Island wins by some distance. Best known as the 18th century hiding place of mutineers from the British ship HMS Bounty, no inhabited island is further from a mainland. The British Overseas Territory is barely more accessible today than it was in 1790.

Anyone planning to visit from Hong Kong would need to fly to for a connection to Papeete, in Tahiti, from where there are two four-hour flights a week to Mangareva, in the Gambier Islands. It’s then a 32-hour trip to Pitcairn aboard a supply boat that departs only every three months. A few years ago, officials launched a campaign to encourage people to join the isolated community. Only one person applied.

Advertisement
The world’s coldest permanently settled area, Oymyakon shivers in the Siberian permafrost a two-day drive across the Russian from the nearest airport. Winter in the gold mining town is so frigid that drivers leave their car engines running all day to keep them from seizing up.

Students are expected to attend classes unless the mercury falls below minus 52 degrees Celsius (-61.6 degrees Fahrenheit) and newly arrived visitors are reminded that saliva freezes in open mouths, glasses stick to faces and batteries last only a few minutes.

Few crops survive in temperatures that can plummet to a bone-chilling minus 70 degrees and locals make do with reindeer meat, raw flesh shaved from frozen fish and ice cubes of horse blood with macaroni.

Based on a year-round average temperature of 34.5 degrees Celsius (94.1 degrees Fahrenheit), the Danakil Depression is the hottest place on Earth. The inhospitable desert in northern is also one of the lowest points on the planet, at 125 metres below sea level.

Visitors need to tread carefully – the surreal landscape is littered with sulphur springs, geysers, acidic pools, huge salt pans, volcanoes and multicoloured mineral lakes. Amazingly, there is human activity at the “gateway to hell”. More than 700 officially registered salt miners toil in the furnace-like conditions for about US$7 per day.

Advertisement
Located in the Bay of Bengal, more than 1,300km (807 miles) off the east coast of India, the Andaman Islands are the peaks of a submerged range. The tropical archipelago boasts pristine beaches, coral reefs and an abundance of wildlife.

Of the 572 islands, only about 30 are inhabited, one of which is regarded as the most difficult place to set foot on as it’s home to the world’s most isolated tribe. North Sentinel Island gained notoriety last year when an American tourist was killed by bow and arrow-wielding Sentinelese warriors, having ignored warnings from fisherman not to go ashore.

An out-of-the-way settlement in a hard-to-reach country, Ittoqqortoormiit is the remotest inhabited community in the western hemisphere. Weekly flights to this distant corner of Greenland require an onward helicopter transfer to the village, although for a month or two in summer, cruise ships are able to negotiate the ice­berg-infested waters.

The 450 inhabitants rely on fishing and hunting (including an annual quota of 35 polar bears) for survival and let off steam by dog sledding and snowmobile camping trips along the banks of Scoresby Sund. The world’s longest fjord serves as a gateway to Northeast Greenland National Park, the world’s largest.


The luxury resorts of the Maldives are easy enough to reach, usually with a sea­plane or speedboat transfer after a long-haul flight. For something more quirky, book a flight to Gan.
Advertisement

From 1941 to 1976, the southernmost island in the archi­pelago served as a British Navy and base. Much of the military infra­structure remains, including the air­field, parade ground, a mildewing art deco cinema and rows of low-rise garrison build­ings. The British also built a causeway linking Gan to three neighbouring islands – the resulting 18km (11-mile) road is the longest in the Maldives.

The beguiling beauty of Wadi Rum feels older than time. For centuries only nomadic Bedouins were able to survive in the inhospitable desert, situated in the far south of Jordan, the safest country in the Middle East. Then along came charismatic British officer T.E. Lawrence (of Arabia), who led an Arab revolt against the Ottoman Empire from Wadi Rum during the first world war.

His description of the other­worldly desert formations and empty landscape as “vast, echoing and God-like” is as accurate today as it was a century ago. 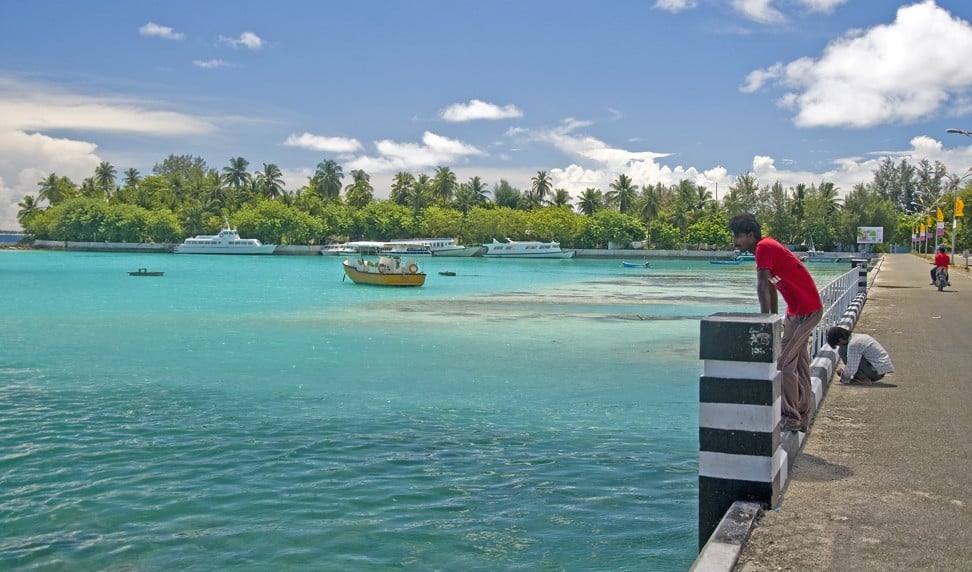 Appropriately enough, it shares the Unesco designation with Inaccessible Island, 30km (19 miles) southwest of Tristan. The only way of reaching this far-flung South Atlantic bolt-hole is by ship from Cape Town – a seven-day sailing that operates nine times a year.

More than six million tourists visited Grand Canyon National Park in 2018 but hidden away in the craggy sandstone formations lies the only village inside the canyon. Supai is the capital of the Indian Reservation and the “people of the blue-green water” inhabit what has been described as the most remote community in the lower 48 states.

Despite being just 13km (8 miles) from the nearest road, the only way to reach the settlement and stunning turquoise waterfalls is by helicopter, mule or on foot.

Located 480km (298 miles) north of the Arctic Circle, Utqiagvik, , is the northern­most town in the United States. When the sun sets in mid-November, it doesn’t rise again for 65 days. There are no roads in or out, so the Iñupiaq Eskimo settlement is accessible only by plane from Anchorage, or barge during the brief summer months. Locals still hunt and fish, but that’s partly because supermarket prices are among the highest in the world.
Advertisement
{{}}
NewsletterSIMPLY PUT - where we join the dots to inform and inspire you. Sign up for a weekly brief collating many news items into one untangled thought delivered straight to your mailbox.
CAPTCHA: