Trump won because of these 4 words 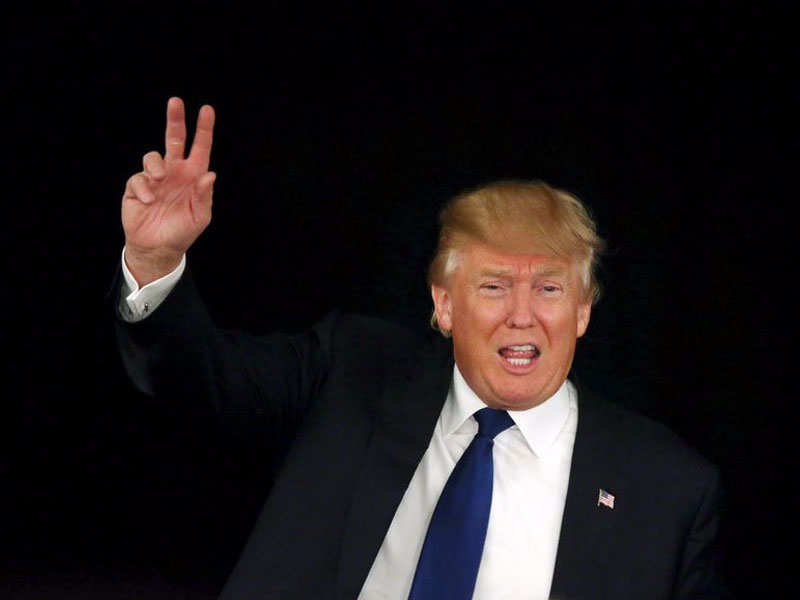 Copy plays the most important role in communication&mdash; more than even design. It can have a major influence on the outcome &mdash; be it an ad for a pair of socks, or a headline for a press release, or an election.

After all, it&rsquo;s the slogan that does the selling. The words persuade the voters as much as the person, and sometimes, more.

This post explores how Trump&rsquo;s slogan stood out and got the voters to side him in the election.

The respective campaign slogans of the Democratic and nominees were,
1.  &mdash;
Advertisement
2.  &mdash; Donald Trump

First Impression
When you say &ldquo; Make America Great Again&rdquo;, you are telling people to take control. It tells them that they have lost something that they need to get back. People like to feel empowered and the slogan urges them to take action&mdash;that is to vote for Trump. It&rsquo;s an active statement. It is a powerful statement.

&ldquo; Stronger together&rdquo;, on the other hand, sounds rather quite passive. On hearing the slogan for the first time, Washington Post remarked,
Advertisement
Your first impulse might be to say, &ldquo;&lsquo;Stronger Together&rsquo;? That&rsquo;s weak.&rdquo;

It emotes indifference in the ears of someone hearing it the first time,
Stronger Together.
OK... Sure, whatever.

Advertisement
Stronger Together.
Who cares? Say that to Brexit voters.

Advertisement
Consistency
Hillary&rsquo;s campaign had 3 other slogans in the run up to her securing the democratic nomination.

1. Hillary for America
Advertisement
2. Fighting for us
3. I&rsquo;m With Her

None of these slogans stuck. In fact, her team struggled to settle on a slogan for the longest period. It wasn&rsquo;t until the last week of May, she finalised upon &lsquo;Stronger Together&rsquo; as her campaign slogan.

Contrast this with Trump&rsquo;s campaign, which just had one slogan for the entirety of the campaign &mdash; right from the start of the primaries. It was this potent, unchanging and single-minded messaging that helped build his campaign and brand.
Advertisement

Just a few weeks before Election Day, Hillary&rsquo;s campaign even adopted Michelle Obama&rsquo;s famous line, &ldquo;When they go low, we go high&rdquo; and started marketing it heavily as a campaign chant. Unfortunately, it didn&rsquo;t appeal much to the already disillusioned masses. In fact, some might even say it achieved the exact opposite. It suggests that if they didn&rsquo;t vote for Hillary, they were as &lsquo;trashy&rsquo; as Trump.

Who knows, perhaps, that line could have worked better if it had been Michelle Obama running for President!

Brand recall
It is not that surprising at all that people seemed to have a far higher recall of Trump&rsquo;s slogan than Clinton&rsquo;s. In fact, it was the republican candidate&rsquo;s most visible element in the entire campaign, and he made sure people saw it. 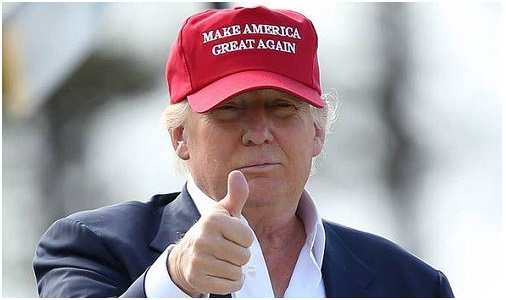 Advertisement
At every event, interview, media interaction and debate, Trump took the opportunity to reiterate that one line over and over again. We saw more posters, more photographs and more merchandise carrying that line in the media than the Clinton campaign managed. Trump wore caps bearing the slogan to his conventions and gatherings. I don&rsquo;t ever remember seeing Hillary do that. Not once.

Failure to Learn from Obama&rsquo;s Campaigns 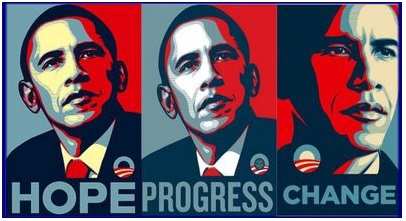 Advertisement
The incumbent won the presidency in 2008 against impossible odds with a campaign powered by a single word, &lsquo;Hope&rsquo;. It created a powerful, new brand that led to Advertising Age, calling him &ldquo;Marketer of the Year&rdquo; in 2008. He edged out Apple, Zappos and Nike for that recognition. His slogans, &lsquo;Hope&rsquo;, &lsquo;Change&rsquo;, and &lsquo;Progress&rsquo; were all vague, yet inviting. They had appeal.

4 years on, he did it again under more difficult circumstances with the economy showing signs of recovery after the recession. 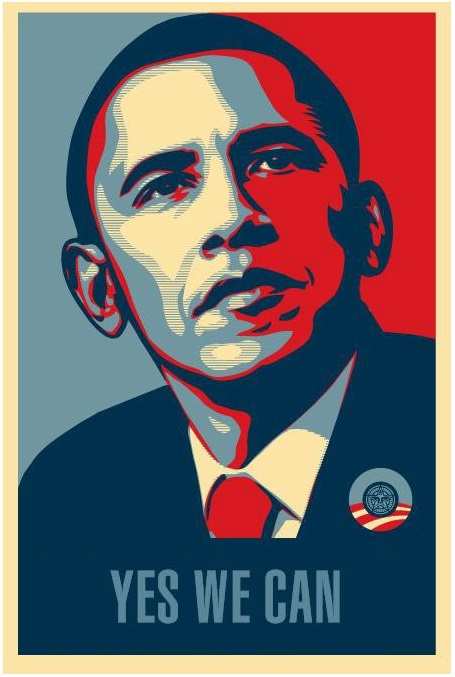 Advertisement
Think about Obama&rsquo;s 2012 campaign again, and his campaign slogan &mdash; Yes, we can &mdash; another active statement. It spoke directly to voters. It connected with them. It gave Obama the opportunity to promote his brand further to an audience that was readily willing to listen to what he had to say. And it worked.

It would seem as though none of these learnings were taken into consideration by the Clinton team before coming up with the slogan even though she lost the primary to Obama in 2008.

Effectiveness in Creating Long-lasting Bonds
Even though, made several disagreeable comments (and some outright deplorable statements), people were willing to ignore them.
Advertisement

His slogan communicated that he can address their questions, fears and needs. That enabled him to start building lasting bonds with his core supporters. In turn, that helped convert his biggest admirers into evangelists, which further increased his brand awareness and diversified his base. 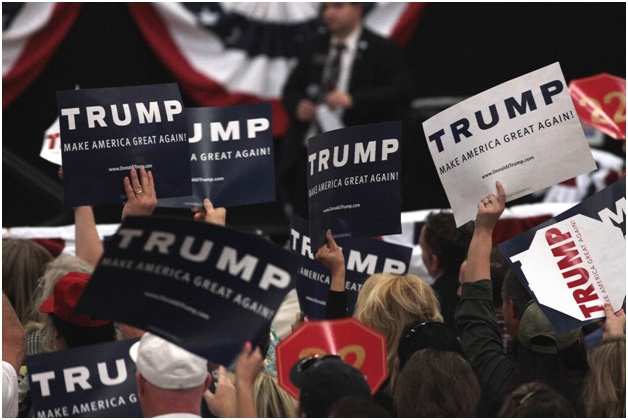 At first glance, Hillary&rsquo;s slogan too, has the ability to build relationships, but in a passive tone. It sounds more like, &ldquo;We are all in this together&rdquo;. Unfortunately for her, people weren&rsquo;t ready to buy that. They saw her as part of the institution that was responsible for the mess they found themselves in. It simply didn&rsquo;t click.

Attacking Trump&rsquo;s Campaign Slogan
Hillary Clinton, in one of her campaign speeches, said that America &ldquo;never stopped being great&rdquo;. That only distanced her further from the already angry voters and made them even bitter &mdash; most of whom were white, blue-collar workers and made up the bulk of the electorate. They had lost their jobs or were living in fear of losing their jobs to immigrants (specifically Indians, Chinese and Mexicans) or seeing them outsourced to those countries. Thus, making them more anti-establishment. Essentially, Hillary&rsquo;s statement was seen as her mocking them. 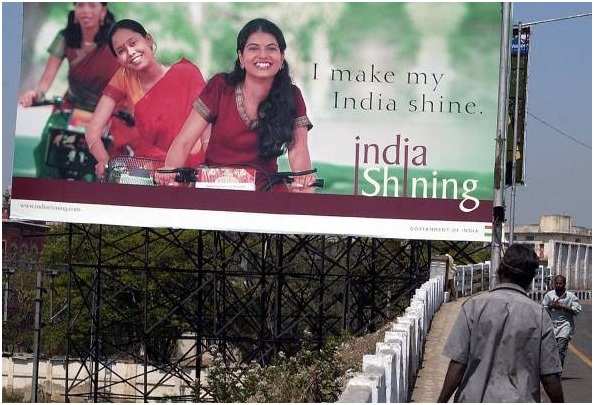 In fact, in opposing Trump&rsquo;s slogan, we could many parallels to the failed &ldquo;India Shining&rdquo; campaign by the BJP-led NDA in the 2004 general elections. It only connected to those who were successful and bought into the bright future that was being portrayed when the ground reality was quite different.

The Verdict
There are indeed other reasons why Trump won the election. But, the slogan used by the two presidential candidates mattered and affected the electorate at a deeper, more subconscious level.
Advertisement

Trump&rsquo;s slogan brought out all the strong emotions &mdash; it was engaging, direct and empathetic. It gave the motivated voters something to root for, and worked brilliantly as a simple, powerful one liner that fed off their insecurities.

Most importantly, it not only resonated with the disenchanted masses, but also compelled them to take action. It checks all the boxes for what constitutes a great copy. 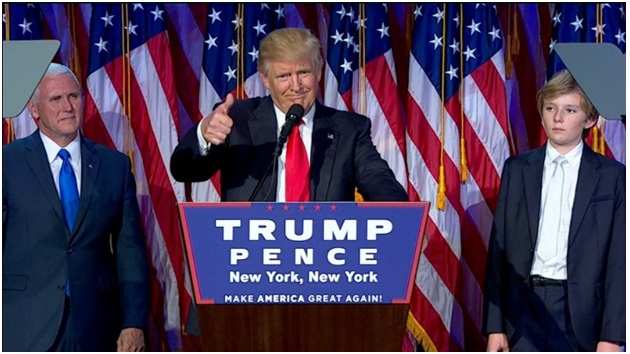 Hillary&rsquo;s slogan, on the other hand, though clever, wasn&rsquo;t good enough, and definitely didn&rsquo;t suit her campaign ideals.

Incidentally, Bernie Sanders&rsquo; campaign slogans hit the mark &ndash; although he too, had one too many including &lsquo;A Future to Believe In&rsquo;, &lsquo;A Political Revolution is Coming&rsquo; and &lsquo;Enough is Enough&rsquo;. In fact, a pre-election poll suggests that Bernie Sanders would have defeated Trump.

Bernie 2020 is likely and it would be wise to stick to learn from past mistakes.
Advertisement