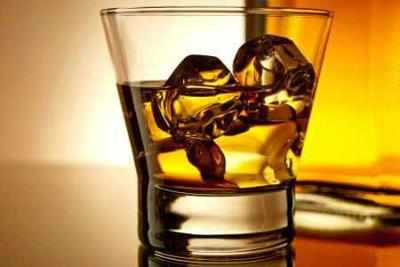 My love affair with started in the early nineties when I discovered the strong, peaty aromas of a Lagavulin. This was my first discovery of a whisky other than the standard Red Label and Black label that most of us in India had access to. My next malt whisky was the Glenfiddich 12 in its iconic green triangular bottle followed by the incredible Irish Whiskey (yes with a &quot;e&quot;), Midleton packed in an expensive wood carton, each bottle individually signed.
Advertisement

Since then, I started on a journey not only to sample and enjoy this fabulous gold liquid but also to build a collection of malts, which I must admit, over the years has appreciated more than the stock market!

This article attempts to demystify the malt whiskies based on my personal experience and will focus only on Scottish Malts, where it all began. This product is probably one of the few products in the world where it is identified by the name of the region it was produced in. All the whiskies mentioned in this article have been sampled by me and are in my personal collection as well. 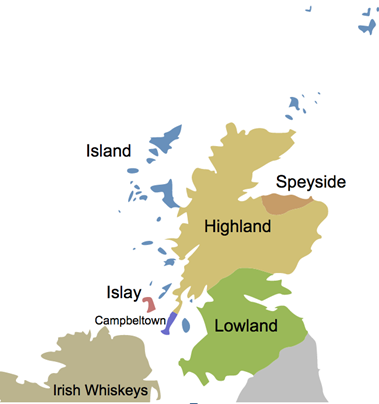 If your &ldquo;love affair&rdquo; with &ldquo;malt whisky&rdquo; has just begun or you discovered malts a few years back then your journey for the appreciation of this delightful liquid has commenced. You would have also built a formidable collection of expensive malts in your private bar which you carefully pour for close friends and family. And you must have a few bottles saved away for that special occasion.

Advertisement
You would also have understood that you need to add a &ldquo;drop of water&rdquo; to your malt to &ldquo;open up the bouquet&rdquo; and that it is heresy to have a malt whisky with &ldquo;ice and soda&rdquo;! As you built your collection, you would also have learned about the regions of Scotland. Every time you open a newly acquired bottle of malt whisky, you must love to talk about where you acquired it and for some of you, disclosing the price is also essential to establish the origin and lineage of your bottle of malt whisky.

Along with Japanese whiskies which are tantalisingly difficult to find at duty free stores, for love or for money and the availability of whiskies from Taiwan to Australia to France in addition of course to whiskies from Wales and Ireland, and more recently from &ldquo;craft&rdquo; , most whisky lovers are a little confused on what to buy and what to stock. I have left out the whiskies from North America from this article.

Single Malt is whisky from a single distillery. Malt is germinated cereal grains (cereal derives from the word Ceres, the name of the Roman goddess of harvest and agriculture) that have been dried in a process known as &quot;malting&quot;.

There are primarily six production regions &ndash; , Speyside, , Islay, Island and Campbeltown. Islay and Island are sometimes taken as a single region but I have chosen to keep these separate because of the uniqueness of the whiskies of these two regions.

The malt you indulge is always identified with the region it was distilled in. Each region has its unique characteristics. For most of us, the first four regions are from where we would normally be consuming our favourite dram. Malt aficionados swear by their love for a particular region. This love for a type of malt in the consumer lives up to the intense competition between the manufacturers to identify the uniqueness of their malt.

Advertisement
&bull; Highland: The Highlands is by far the largest region in Scotland both in area and in whisky production. Given the huge area, there is a reasonably wide range of styles from this region from the light and fruity styles of the South to the more-spicy and full bodied styles of the North. Highland whiskies are bold, flavorful, and frequently made with peat-kilned barley, giving them a smoky, medicinal quality. Some of the better known Highland whiskies are Glenmorangie, Old Pulteney, Ardmore, Oban and Singleton.

&bull; Speyside: Speyside gets its name from the River Spey, which flows through this region and provides its unique water to many of the distilleries. Speyside is home to more than half of the operating distilleries in Scotland. Speyside malts offer sweet aromas and rich flavor profiles. Apple, pear, honey, vanilla and spice will be some of the common flavours you will be able to &ldquo;nose&rdquo; in whiskies from this region. Some of the better known Speyside malts are Glenfiddich, Glenlivet, Aberlour, Macallan and Cardhu.

&bull; Lowland: The whiskies produced in this area are generally the most light bodied of all single malts. You will get flavours of cream, ginger, toffee and cinnamon. Some of the better known Lowland malts are Auchentoshan, Blandoch, and Glenkinchie.

&bull; Islay: The Islay region is known for its peaty and strong flavored whisky. The single malts produced here are salty, peppery, and smoky due to extremities of the sea that surround the area. Some of the better known Islay malts are Lagavulin, Laphroig, Ardbeg, Bowmore and Caol Lila. If you like a peaty whisky, Bunnahabhain is probably the peatiest of them all.

&bull; Island: Scotch from the Islands generally that bridges the wide gap between Highland Scotches and Islay whiskies. Flavours tend to have citrus, peat, honey or black pepper. Some of the better known Island malts are Jura, Talisker, Highland Park and Scapa.

Advertisement
&bull; Campbeltown: Malts from this region have a very distinctive sea influence. You can detect the salt and brine as well as the peat that has been used. Flavours could range from vanilla to smoke to toffee. There are three Campbeltown malts left, Glengyle, Glen Scotia, and Springbank.

So the next time you are browsing through a selection of malts at a duty free shop, remember these whisky characteristics and then make your purchase decision. Unless you are a collector of whiskies, choose whiskies with flavours that you like and do not buy the &ldquo;oldest&rdquo; or the &ldquo;most expensive&rdquo; whisky.

In conclusion, as I said in my earlier article on &ldquo;How to Understand and Appreciate Whiskies&rdquo;, if you have paid for your bottle of whisky, you have every right to enjoy it the way you would like to!

(Ashutosh Garg is a whisky enthusiast over the past three decades, is also the founder Chairman of Guardian Pharmacies and the author of the best-selling books, Reboot. Reinvent. Rewire: Managing Retirement in the 21st Century; The Corner Office; An Eye for an Eye and The Buck Stops Here - Learnings of a #Startup Entrepreneur.)
NewsletterSIMPLY PUT - where we join the dots to inform and inspire you. Sign up for a weekly brief collating many news items into one untangled thought delivered straight to your mailbox.
CAPTCHA: