What’s the buzz? Rumour is LeEco is fast forwarding to the future with a grand launch event in Delhi 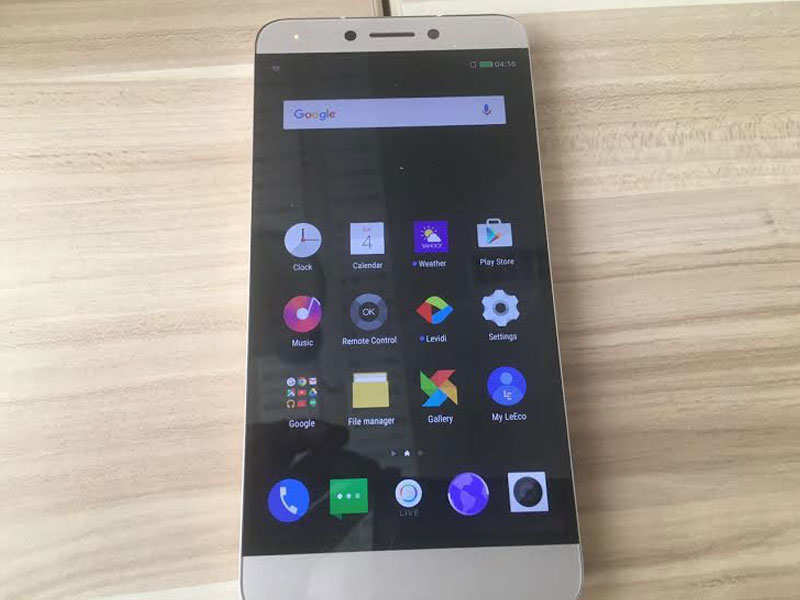 After disrupting the and globally, the internet and technology conglomerate, is rumored to unveil its next generation of Super products in New on June 8th. This much anticipated event reportedly themes as, “2Future” is expected to be attended by about 1500+ people including industry veterans, media, fans and influencers.
Advertisement

While speculations around what LeEco will launch at the event are all in the air at the moment, the event invite is suggestive of what users can expect! As per the media invite that has been rolled out by the global internet and ecosystem conglomerate, the event will be centered around the theme, “2Future”. That has triggered varied speculations among industry veterans and the media. Some believe that the company is either going to roll out its second, “Made for India device” after Le 1s Eco or its second generation of its Superphones in India.

On the other hand, some industry analysts are of the opinion that given the company’s tradition of launch events, LeEco might launch their VR headsets on June 8th. Many brands are tapping into the booming virtual reality market, the industry leader LeEco is no exception. It launched the LeVR COOL 1 in December last year and takes the lead in developing wearable tech at disruptive pricing. On the same day when it launched its second generation phones and concept Super Car in Beijing on 20 April 2016, it has organized a VR live streaming event in Bangalore where attendees watched the launch event simultaneously through the company’s VR headsets. For this upcoming grand launch, it can be expected that the company may have some major announcements around virtual reality.

Some business analysts are also connecting the dots between the upcoming event in New Delhi and the Mumbai event LeEco hosted on May 3, 2016. It is rumored that after bringing alive content partnerships with Eros Now and YuppTV and announcing a new one with Hungama Music in Mumbai, LeEco would now look at scaling things on the content front. LeEco has transformed people’s internet lifestyle globally and the company has time and again reiterated its intentions of replicating its successful ecosystem model in India. Since the company recently launched its first, “Made for India” Superphone, Le 1s Eco, it can be believed that the June 8th event will be a step ahead in bringing its ecosystem to consumers in India.

Another product that the company potentially will be launching is its Super TV. LeEco has started its TV businesses in 2013 and it has successfully sold out more than 3 million units in 2015. The sales target for 2016 is 6 million units, making LeEco a household name in the smart TV market in China. There is no reason LeEco won't bring this star product into India.

Advertisement
Perhaps it may be even more ……something totally unexpected! As per some media experts, the time is ideal for LeEco to target an altogether new segment of users by offering them premium Superphones with high end specs that are flaunt-worthy. This is because the company has already established itself as a market disruptor in India across price points with its Superphones Le 1s (Sub 15K), Le Max (Sub 40K) and Le 1s Eco (Sub 10K).

The internet major boasts of having a powerful content ecosystem that has one of the world's largest content library. In India, LeEco’s unique content ecosystem brings alive the company’s partnerships with Eros Now and YuppTV, through its platforms - Levidi and LIVE. The third premium content under LeEco Membership Program will be LeMusic powered by Hungama Music. This gives users access to 2000+ movies (in 10 languages), 100+ live premium TV channels, which will happen soon through an OTA software update. Apart from that, users will get access to *3.5 million songs in 25 languages that will come live in Q3 of 2016. The vast repertoire of content makes Le Super products as consumer’s favorite.

With a record of bringing path breaking innovations to the country, come June 8th, can expect another Super announcement from LeEco.