Why a Google may never be founded in India 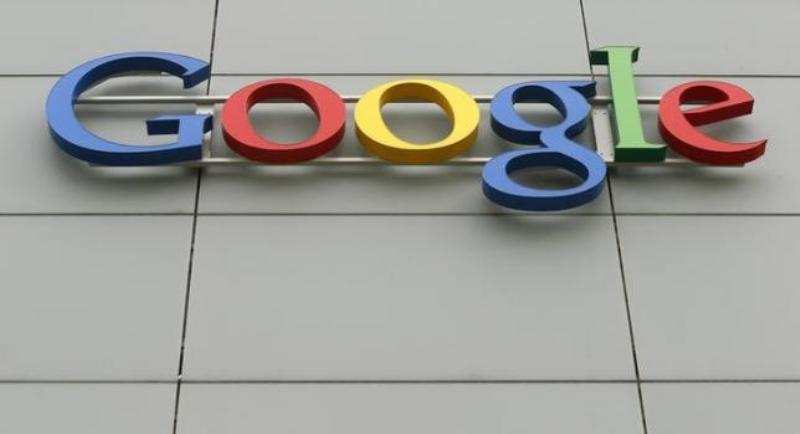 India is a rich admixture of some of the world’s most brilliant, creative and technical minds, who have all the capabilities and potential to create the next Google or the next biggest innovation driven global company.
Advertisement

India is a battery of venture capital firms, which are making a beeline to capitalize on the growth story but will creating a Google in India be a reality? May be, or maybe not.

An eternal optimist would always search for the light at the end of the tunnel. An inveterate pessimist would see that as the light of an on-coming engine, while an unassuming realist would search for his torch light to make his way through the darkness.

Keen observers of the startup space in India fall under these three categories. As someone who heads a startup in the fin-tech space and serves as a mentor to upcoming startups, I am bound to don the hat of someone who sees developments in this space ‘Sunny side up’. The numbers justify optimism. With more than 4,200 new-age companies, India has overtaken Israel to grab the third position among global startup ecosystems, behind US and the UK. A report by NASSCOM, startups have created more than 80,000 jobs so far and can create 2,50,000 jobs if their number balloons to 11,500 by 2020.

Advertisement
There has been no dearth of funding with VCCEdge data revealing the tripling of angel and seed investments from $30 million in Q3 CY2014 to $94 million in Q3 CY2015. Add to it, the ‘Startup India, Standup India’ slogan coined by Prime Minister Narendra Modi has led to States like Telangana, Rajasthan, Uttar Pradesh and Karnataka competing to develop startup policies and offer infrastructural support like that of incubators and co-working spaces.

But the reality is…
A study conducted by Kauffman Foundation in 2012-13 observed that 33.2% of co-founders of tech firms founded by immigrants in the US were Indians. While we take pride in the fact that the CEOs of global behemoths such as Google, Microsoft and MasterCard, among many others, are Indians who migrated to the US, we should really be asking ourselves if they would have reached the pinnacle of their career had they stayed in India and started something of their own.

India is being ranked 130 out of 189 countries in the ease of doing business index which validates the quote by Chairman Google Eric Schmidt “Problem is not with Indians, but with India.” What are the ground hurdles that are resulting in a prospective Indian Google being nipped in the bud and a possible Brain Drain 2.0?

The need for an Innovation Ecosystem
It all starts with the education system, which has given birth to technical geniuses albeit via rote learning. It is a system that does not encourage failure which then seeps into societal norms of measuring success on the parameters of the education degrees one holds and the monthly salary that gets credited. Innovation needs minds that are receptive to knowledge and are unhindered by socio-economic constraints.

Advertisement
Till the time this change in mindset comes about, college drop outs or those who sit out of B-school placements who venture into entrepreneurship to set up the Indian Google will continue to be seen as failures and this places a very high emotional burden if there is no family backing.

Difficulties in setting up shop
If an Indian Google were to open shop in India, the bureaucratic procedures from getting the company name registered, to the tax regulations, every procedure will take weeks when compared to a few hours in developed markets. All this administrative hassle is bound to consume at least 20% of founders’ time and efforts.

Regulatory hurdles while raising money and doing business
To raise various rounds of funding, co-founders of India’s Google would first need to get a Chartered Accountant or a Merchant Banker to issue a valuation certificate. The equity premium will be considered as income in the company and hence be made liable to pay income tax. And there is a clause that makes the promoter(s) liable to pay a fine of a minimum of Rs 2 crore or the investment amount; whichever is higher in the event of any inadvertent mistake is something that merits urgent attention.

If venture capital is raised from investors abroad, the promoters have to contend with a host of RBI compliances, FEMA regulations besides the ROC regulations. They will not be allowed to communicate to the RBI directly, but go through authorized dealer bank. The RBI, however, can send them direct notices.

Advertisement
For international sales, the company may opt for a set up in a Special Economic Zone (SEZ) or Software Technology Park (STPI). If it chooses operations in an SEZ, every single foreign invoice will need to be reported to the SEZ along with full detailed paper work. For their domestic sales, the company runs the risk of being asked to invoice domestic clients in dollars, thereby throwing a spanner in the works and forcing it to either consider moving out of the SEZ or opening another unit for domestic sales.

Difficulties in scaling up
Like most early stage businesses, India’s Google will have to start with smaller clients who will ask for free trials, customizations and white labeling/exclusivity. It will be made to negotiate contracts at the lowest price until its differentiation is truly innovative and not replicated by fellow competitors. Failing which, it would take years for it to break even and step up to larger clients with a higher ticket size.

No company can scale up without a pool of talented human resources. While it is easy to get cost efficient talent in India, it is a colossal task to hire and retain the best talent. While 12 million people join the workforce every year in India, a FICCI-E&Y Survey (2011) revealed that it is only 25% who are considered “employable”, and possibly less than 1% may have what it takes to be at Google.

With high rates of attrition in the technology space, India’s Google will need to ensure no employee takes away the company’s IP to a competitor. Given that such breaches are not very well defined in the legal system and that securing patents is a challenge (About 2.46 lakh patent applications and 5.32 lakh trademark registrations are pending with the government due to shortage of manpower), this is another loophole needs to be plugged.

During the scale up of operations and businesses, the directors of growth stage firms are highly likely to be summoned by various authorities (Income Tax, etc.) for explanations of their profits, losses, which are likely to be all clean banking transactions. Such harassment is common and disheartening for most Indian entrepreneurs.
Advertisement

Startup Act
In an attempt to improve the ease of doing business for startups, there is talk of a 2-page Startup Act that will distill and simplify 22 different laws together.

While I sincerely hope it works, I wonder why we have distinct 22 laws in the first place. Why don’t we simplify and rationalize the business environment for all? Is it even possible to distill 22 laws into 2 pages?

In a nutshell
All the above highlighted issues are a few examples of a complicated working environment in India. While our government campaigns worldwide for companies to come and “Make in India”, we are seeing many startups goaded by VCs to move their setup outside India to a country with a more predictable regulatory regime in order to parry the problems discussed above (example Flipkart, Grofers etc.). This coupled with public listings of Indian companies in foreign exchanges had led to a loss to India’s exchequer (example MakeMyTrip).

The pessimist in me believes that even after 20 years, the search for India’s Google will not be successful. The optimist in me does sees the potential and promise in the regulatory reforms which are afoot, while the realist in me makes me see every day as an opportunity to ideate and create something new – with a bit of Jugaad, a step to create something cutting edge.
Advertisement

As the saying goes, “it’s never as good as you want it to be, but never as bad as it seems”.

(Kunal Nandwani is the Founder and CEO of uTrade Solutions)