Why is India investing in nuclear energy when the whole world is experiencing a nuclear meltdown? 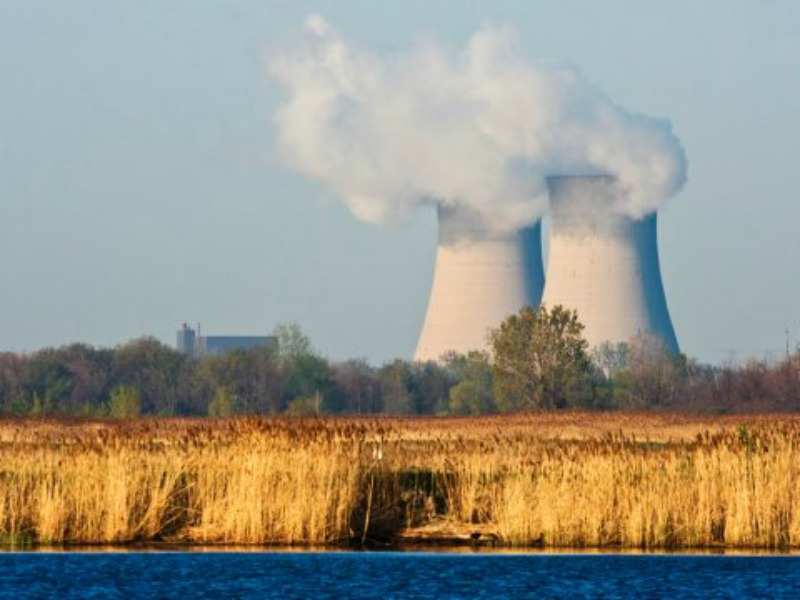 The global nuclear industry is going through a virtual meltdown on both sides of the Atlantic Ocean, according to PTI.

TOP VIDEOS FOR YOU
This is happening even as India is investing heavily in nuclear energy. This collapse of atomic giants offers New Delhi a new opportunity and many in the Indian atomic establishment are silently celebrating this premature death of suitors who were wooing to put tens of atomic plants in India estimated to cost at least USD 150 billion.

"This atomic meltdown is a blessing in disguise" was how a top government official described the unfolding scenario.
Advertisement
In addition, in these changed circumstances, if the Indian private industry plays its cards right, it could also provide an opportunity to the country to become a hub for low cost suppliers of nuclear technology. A little far-fetched but who knows how energy games get played in the future.

In a way the diplomatic noose that had been tightened around India's neck to buy super expensive French and American nuclear reactors has on its own been loosened if not shed at all.

As part of the protracted global negotiations on admitting India back into the nuclear commerce club, a kind of barter deal had happened and India had committed itself to buy French and American reactors, but now that the commercial operations of at least two of the foreign giants is floundering, India need not back down from its commercial commitments.

Advertisement
India can retain the moral high ground of wanting to buy the French and American reactors but since the companies themselves are in trouble no deals can be inked. India can once again hope to forge its own nuclear path free of shackles of forced imports of untested technologies.
The American atomic giant Westinghouse Electric Company, LLC filed for 'bankruptcy' a week ago, last year the French nuclear giant Areva went through a similar process.

Advertisement
This group felt that since India had mastered the making of Pressurised Heavy Water Reactors (PHWR's) the effort should ideally be to multiple this technology while alongside India's futuristic reactors the Prototype Fast Breeder Reactor which uses plutonium as its main fuel and the Advanced Heavy Water Reactor that uses thorium as its main fuel could be promoted.

Jairam Ramesh, the engineer-turned-influential politician in the United Progressive Alliance government, was an early opponent of importing so many different types of reactors.

Towards mastering the PHWR, India on its own first enhanced the capacity of these reactors from 220 MW to 540 MW by constructing two of them at Tarapur in Maharashtra and then the same reactor has been modified to enhance the capacity to 700 MW with four units already under construction at Kakrapar and Rawatbhatta.

Advertisement
Among imported reactors India successfully started commercial operation of two 1000 MW units at Kudankulam in Tamil Nadu these are made with Russian help. In the Indian nuclear establishment some felt the Russian reactors and the Indian three stage program was more than enough to ensure long term energy security for the country.

Mastering several different technologies is a complex task and there was a lot of consternation among several senior scientists that if the entire Indo-US civilian nuclear deal were to be implemented then at least three new reactor types would have to mastered.
These included Areva proposing to put six atomic plants each of 1650 MW capacity at Jaitapur in Maharashtra. Westinghouse was wanting to sell at least 6 reactors of 1200 MW each to be put up at Kovadda in Andhra Pradesh -- these were initially proposed to be put up at Mithivirdi in Gujarat but land acquisition issues forced Westinghouse to opt for a different site.

General Electric was proposing to put a mega nuclear park as well. Each of these three different reactors are very different from each other and an entirely new set of people would have to be trained to safely operate these.
Advertisement

Typically each new reactor operates for 60 years and then it takes another couple of decades to safely decommission them hence the investment of human resources is a commitment of at least a century.

With Westinghouse filing for bankruptcy it is highly unlikely that India would order any reactors from them anytime soon. The idea was to order in one go 6 nuclear plants that would be delivered on a 'turnkey' basis. Now that Westinghouse itself says it can only supply the technology for the nuclear island and does not want to undertake any construction activity.

Despite the fact India has already committed to pay Rs 100 crore to Westinghouse while ordering the AP 1000 reactors. These orders may obviously go into cold storage till Westinghouse and Toshiba its parent company in Japan iron out their differences.
Advertisement
Westinghouse denies that the India project is derailed but experts say expect delays galore.

Similarly, Areva the French giant that owned all the nuclear technology for the EPR 1650 MW reactor having been almost dissolved and the affairs taken over by 'Electricite de France' or EDF the French electricity utility, these reactors for which quite a bit of ground work was already done at Jaitapur has also been cold shouldered since no buyer government would want to get involved when a messy fight is ongoing in the French public sector companies on ownership of the atomic plants.

Advertisement
In this scenario India is left with no other option but to multiply its indigenous fleet of 700 MW PHWR's and simultaneously expand its collaboration with Russia to buy at least 20 more Russian plants similar in nature but probably more advanced than the reactors operating at Kudankulam.

After India was admitted into the nuclear fold to allow global nuclear commerce all restrictions at importing uranium have already gone and if India seeks to multiply manifold its own home grown reactors that should not be difficult.
In addition since the co-operation with Russia is blossoming more light water reactors could well be ordered from Russia.

This sudden change in the wind direction with American and French nuclear companies all doddering has in way brought India back to where it was in 2004 before US President George Bush decided to shake hands and be friends with India in the nuclear power sector.
Advertisement

At that point India had its PHWR's and the Russian tech but what the country lacked was an assured supply of uranium fuel. India does not have sufficient native resources of uranium and if the nuclear program has to expand then importing uranium was the only option.

Today the supply of imported uranium fuel is well guaranteed under global law thanks to the atomic embrace but this melt down of nuclear giants has tilted the balance in India's favour.
Now without ever having to officially deny buying expensive French and American reactors, New Delhi can opt to expand its existing fleet of atomic plants on its own terms. This 'meltdown' is making the Indian nuclear establishment smile all the way.
NewsletterSIMPLY PUT - where we join the dots to inform and inspire you. Sign up for a weekly brief collating many news items into one untangled thought delivered straight to your mailbox.
CAPTCHA: