Why Obama is less candid on the FBI-Apple imbroglio 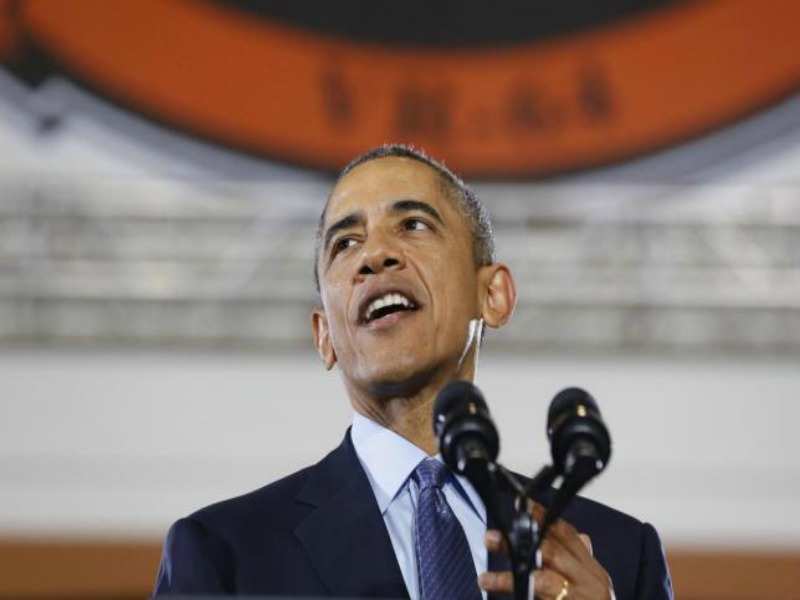 For nearly two years, the Federal Bureau of Investigation (FBI), domestic intelligence and security service of the , are locked in a curious legal battle with wherein the technology bellwether has been asked to extract data including contacts, photos and calls from locked iPhones to assist in criminal investigations.
Advertisement

While Apple has received several orders from the Justice Department over cracking the encrypted data on locked iPhones, the tussle reached a peak with the department forcing Apple to write software to help FBI agents peer into the encrypted contents of the used by Syed Rizwan Farouk, one of two attackers who were killed by police after a shooting rampage at the Inland Regional Center in San Bernardino, California that claimed 14 lives.

For those who have not been tracking the trail of one of the most heinous crimes committed on US soil after the September 11 attack, here is a sneak peak.

On December 2, 2015; 14 people were killed and 22 were seriously injured in the terrorist attack, comprising a mass shooting and an attempted bombing. The perpetrators were Syed Rizwan Farook, an American-born US citizen of Pakistani descent who worked as a health department employee, and his wife Tashfeen Malik, a Pakistani-born permanent resident of the US.

While police chased and killed the couple—who tried to flee in a rented SUV after the shootout—four hours after the incident, FBI sleuths have been trying to unravel the motive behind one of the most startling terrorist attacks in recent US history.

Advertisement
Among the series of requests from the Justice Department, there are those which involve phones with more extensive encryption, which Apple cannot break with its current capabilities. Therefore, the orders also seek to compel Apple to design new software to let the government circumvent the devices’ security protocols and unlock them.

While civil rights groups decried the FBI move as a camouflaged attempt to make inroads into private life of civilians (they say unlocking just one phone would leads to unlocking all phones, and then to all of the connected objects in our lives—cars, thermostats, ‘security’ systems, TVs, voice-operated devices, laptops, cameras and microphones), those who have been tracking the legal battle have been eager to understand President barrack Obama’s stance on the issue.

Obama has fully been aware of the perils of responding to the issue with a perspective that would reinforce his commitment to maintaining law and order, while at the same time reflect his awareness of technology’s power and limits.

Being an advocate of civil rights himself, Obama is in fact wary of the consequences for communities and individuals living under oppressive regimes if the US eventually allows investigating agencies to have backdoor entry to private data from unlocked phones.

Also, having a lots of friends in Silicon Valley, Obama is aware that it is almost impossible for the US government to conscript Apple engineers to do something they loathe. In fact, many Apple coders have already made it clear that they would rather quit Apple and move to Facebook, , Microsoft, etc rather than doing something which they see as ‘ethically wrong to do’, citing the Association for Computing Machinery’s (ACM) ethics code which says: “…violation of a law or regulation may be ethical when that law or rule has inadequate moral basis or when it conflicts with another law judged to be more important…”

Advertisement
Two weeks ago, while kicking off the '2016 South by Southwest', an annual set of film, interactive media and music festivals and conferences that take place in March every year in Austin, Texas, Obama gave a sense of what he considers risky in a trade-off between free technology and low enforcement in relation to the FBI-Apple tug of war.

After talking about the interplay of government and technology, civic engagement and entrepreneurship, he said: “Now, what folks who are on the encryption side will argue is any key whatsoever, even if it starts off as just being directed at one device could end up being used on every device. That’s just the nature of these systems. That is a technical question. I’m not a software engineer. It is, I think, technically true, but I think it can be overstated.”

Then he added: “I am way on the civil liberties side of this thing… But the dangers are real. Maintaining law and order and a civilised society is important. Protecting our kids is important. And so I would just caution against taking an absolutist perspective on this.”

Thus, while highlighting the importance of civil rights, he euphemistically referred to the need for enforcing law when it comes to ‘protecting the civil society and children’ from the ruthlessness of terrorists which has emerged as an insurmountable challenge to not only to the US but countries across the globe.

As the San Bernardino is getting prolonged, Obama’s seemingly less candid reflections support the argument of those who believe that he is deliberately holding back his views, tactfully putting the onus of taking a definite call on the encryption imbroglio on the next president.