Why Opening Of Burger King In India Is Such a Big Thing? 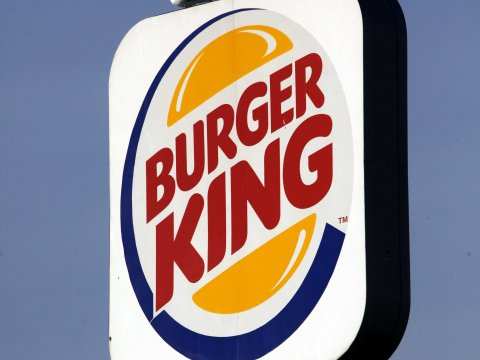 Till now the fastest and maybe the best burgers were only available at McDonald’s in India. However, the game just changed in the Indian fast food arena with the first outlet opened at Select City Walk mall in New Delhi.
Advertisement

Many like me were waiting for the fast food source known for its delicious burgers, fries and more. The news had been doing rounds since quite a few years that the fast food giant will set up shop here in India. But, nothing came through. Some sources said another fast food giant was blocking them from entering India. Finally last year Burger King tied up with and on Sunday they opened their first outlet in New Delhi.

Fast Food lovers in Delhi qued up in huge numbers to get a taste of the legendary American fast food sensation on its first day. Burger King is poised to open 11-12 more outlets throughout India in the next 60-90 days. To start with Burger King is serving Chicken, Mutton and Vegetarian Burgers only as Beef is banned in most parts of the country.

In America Burger King has been beating McDonanld’s. Burger King has huge potential to be the biggest fast food burger chain in India just like they are in . And here is why.

India is a growing market
Our country is growing by leaps and bounds. The population is large enough that half a dozen more eateries like Burger King can easily survive and co-exist in India. People in India love food and they will not stop eating out. We Spoke to Rajan Mass, a MBA student from Pune, he said many from his family including him have visited Burger King restaurant when they go abroad. There are many in our circles who visit Burger King first than any other food joint, when in USA or .
Advertisement

Neerraj Yadav, HR Consultant in Bangalore said people love fast food, he gets numerous resumes in which people have shown their love for food or cooking. We see no reason for Burger King to not to do well in India. Fast Food joints are going to smaller cities too as the demand there is increasing.

Increases Competition
McDonanld’s held a nice position till now. They were the unchallenged burger and fries leader with little competition from . With Burger King stepping on to the Indian Turf, we might see better service and food from each of the outlets. People will now have a choice and will go to the preferred fast food joint.

Price will play a very important role here. Metro’s might have slightly higher price than tier 2 and 3 towns as spending power is slightly high. Discounts, offers and deals will go live and each of them will try to lure the customer with something new.

Creates Jobs
With every new multi-national coming to the country the jobs circuits come alive. Burger King will infuse a lot of capital into India that will help the food and beverage sector. Along with the in house jobs at Burger King, there will be more opportunities created in the supporting or the allied fields, such as oil, packaging materials and more.
Advertisement

Burger king will open some new avenues in the country and is looking at quickly expanding its reach. Consumers should be ready for some good international favourite veg and non-veg delicacies, but we are looking forward to what new offers will they bring to the table to win the customers who at the moment are loyal to or KFC.