SCMP
Apr 2, 2019, 12:08 IST
Chinese President Xi Jinping (right, centre) meets with The Elders delegation, led by its chair, former president of Ireland Mary Robinson, in the Great Hall of the People in Beijing on Monday. Photo: Xinhua
Chinese President said on Monday that he wants the US to work with China to help stabilise and reduce uncertainty in global affairs, amid negotiations aimed at ending the countries' months-long trade war.

"As big countries, our relationship with each other can have great impact on global strategic stability and we all shoulder special responsibilities [to the world]," Xi told a visiting delegation of The Elders - an international non-governmental organisation of prominent public figures - during a meeting in Beijing.

China is a "big developing country" but is willing to shoulder its share of international responsibilities, Xi was quoted as saying by China's state-owned Xinhua News Agency.
Advertisement Yang Jiechi, a member of the Chinese politburo, and Foreign Minister Wang Yi joined Xi in meeting with a team of The Elders that included Mary Robinson, the former president of Ireland, Ban Ki-moon, the former UN Secretary-General and former Mexican president .

Xi's comments at the Great Hall of the People came as his chief trade negotiator, Vice-Premier Liu He, prepared to travel to Washington this week for the latest round of talks aimed at bringing an end to the tariff battle between the world's largest economies that has cast a long shadow across the global economy.

Liu met US Trade Representative Robert Lighthizer and Treasury Secretary in Beijing last week. But despite a growing belief that the sides may be getting closer to reaching a deal to end the trade friction, they remain far apart on core issues such as market access, an enforcement mechanism and the protection of intellectual property rights in China.

Advertisement
White House economic adviser Larry Kudlow said last week that the Trump administration is prepared to allow the talks to stretch on for "months" and is in no rush to resolve the dispute, which is about to enter its ninth month. 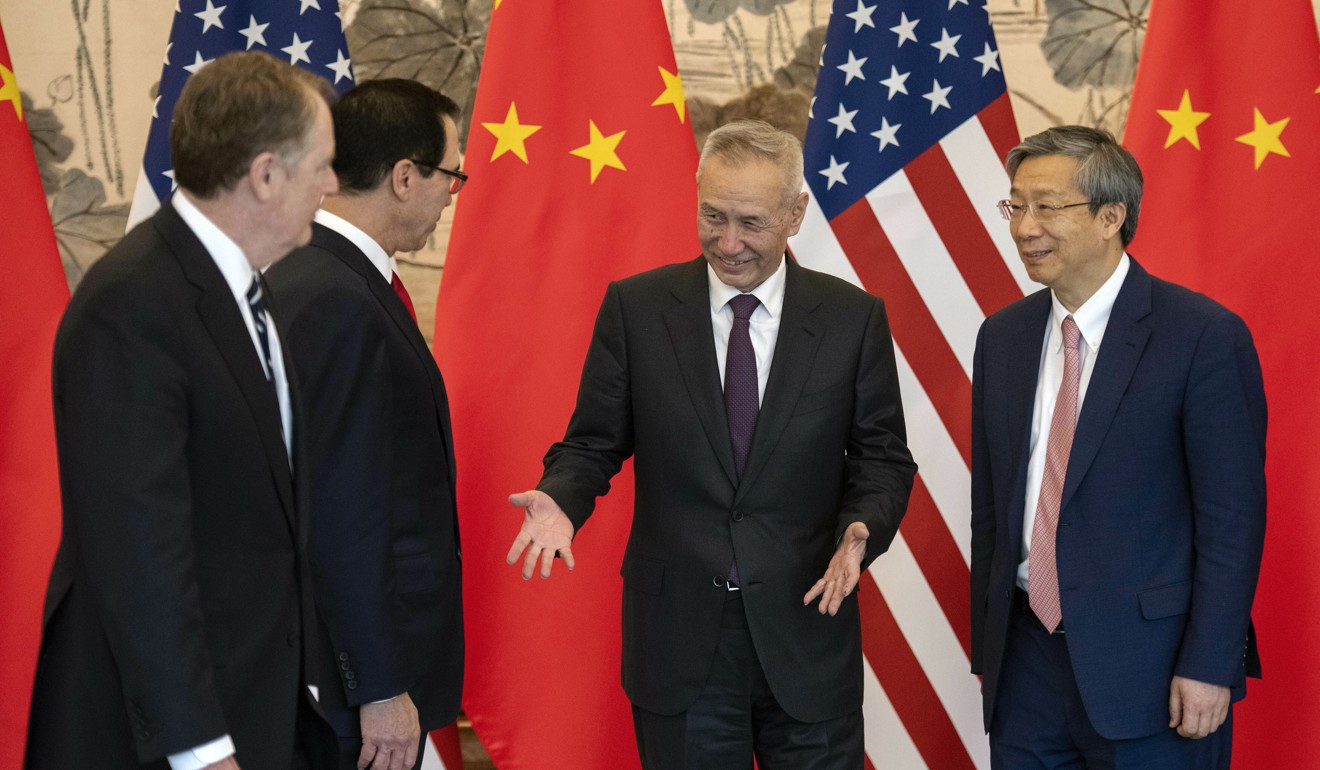 The bilateral trade war started on July 6, 2018 after the US government imposed punitive tariffs on steel and that had affected products from many countries.
Advertisement US and China set for another round of trade talks next week

Xi, noting that China had striven to promote coordination among big countries, said that "China-US relations are one of the most important bilateral relations in the world today".

He said he hoped that the US could "walk with us in the same direction, manage our differences, expand cooperation, and develop a relationship that is built on the main themes of consultation, cooperation and stability so to bring greater certainty and predictability to global affairs".
Advertisement Emphasising China's interest in "developing [a] harmonious relationship" with the US, Xi said: "[Our goal] is to avoid confrontation and conflicts, promote mutual respect and cooperation so to achieve win-win for everyone."

But Xi took a thinly veiled swipe at US President Donald Trump's "America First" strategy, emphasising the importance of nations getting along in "a multilateral world".

Why the US-China trade teams are minding their language
Advertisement In the spirit of cooperation, Xi said, China would continue to promote multilateralism by supporting initiatives such as the 2015 Paris climate accord from which the US withdrew soon after Trump's inauguration as president in 2017; and the 1987 with Russia that Trump announced this year the US would also leave. However, China was never a signatory to that cold war-era nuclear arms control treaty, better known as the INF.

"The impact of current unilateralism has made many countries feel pressure and worry," Xi said. 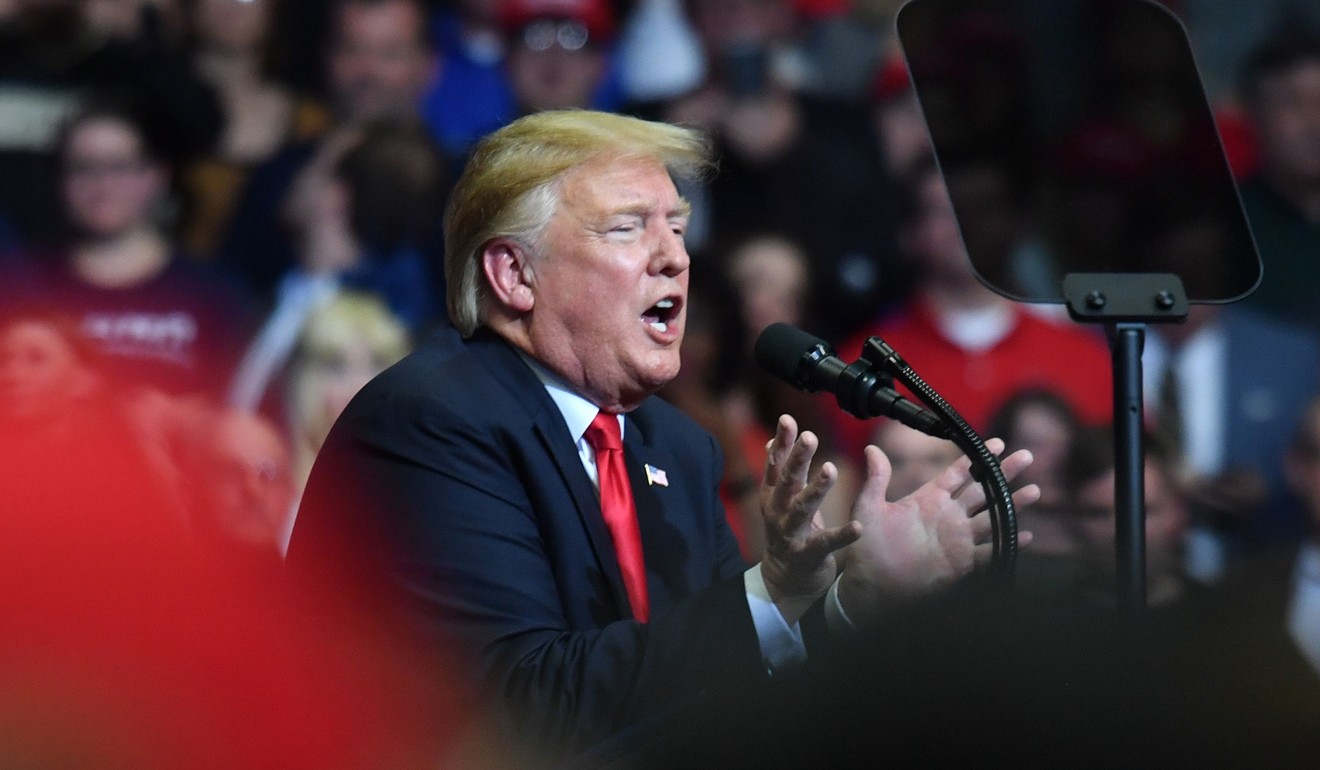 Advertisement "The international community is in support of multilateralism. It is necessary to ensure that the existing multilateral process keeps on rolling."

The Chinese president also addressed critics of the Beijing-led Belt and Road Initiative (BRI), a massive trade and infrastructure programme which recently added Italy to its list of member nations.

Four steps the US and China can take to rebuild trust
Advertisement The initiative has been under international scrutiny, painted as a tool of China's political agenda aimed at undermining Washington's global leadership and as a debt trap for emerging economies.

"China seeks cooperation and is ready to offer help to the developing countries," Xi said, adding that BRI would bring mutual benefits to "all countries".