10 Lessons That The Lok Sabha Polls Taught The Marketers 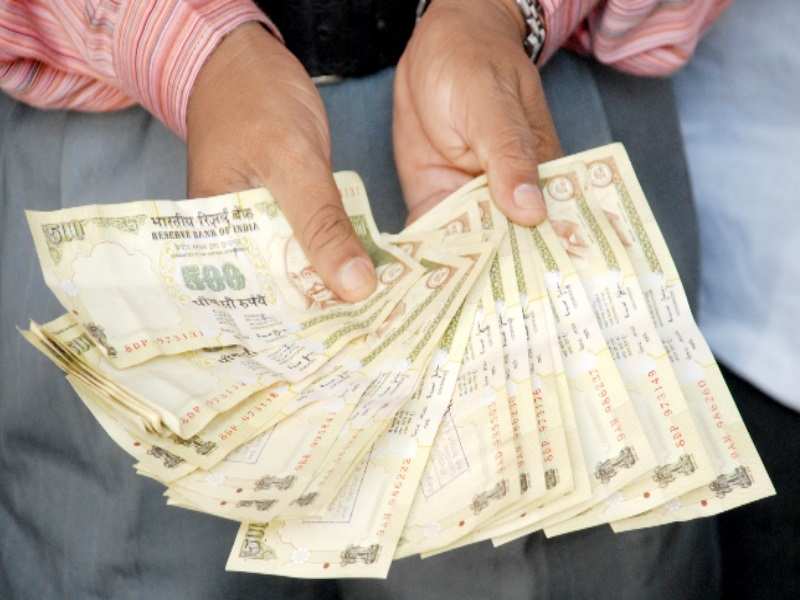 While marketers around the world carried on business as usual over the past two months, the marketing magic was unfolding over 1.25 billion people. India plunged into the General Elections for the Lower House of the Parliament () on April 7 and over the next 5 weeks, the dance of democracy held sway over 814 million voters – the largest voting population in the world.

The recently concluded Lok Sabha polls featured various traits that characterise all democratic elections – name-calling among politicians, public addresses by top candidates, dirty linen being washed in public and so on. However, this was special because of the unprecedented and innovative ways in which marketing was employed by the winning party – the Bharatiya Janata Party (BJP) – to wrest the most emphatic election victory India has witnessed in more than three decades.

Here are the top 10 learnings that marketers can take away from the BJP’s impressive electoral campaign.
Advertisement

1. Be clear in your positioning
The BJP could have picked from a million problems affecting the Indian voters – poverty, women’s empowerment, social justice, equal pay for equal work, secularism and so on. However, they picked two clear pillars for their marketing campaign – good governance and economic growth – and stuck to those two ideas throughout their year-long canvassing.

Shape Up Your Future 16th & 17th September 2021
Register Now
Meet Our Speakers
Nikhil Malhotra
Dan Schawbel
Ronnie Screwvala
Dr. KV Subramanian
Benjamin Pring
Sanjeev Bikhchandani
Register Now
Lesson: Every brand needs clear positioning and a clear statement that tells you what it stands for. Pick your brand position and hammer it home, so that your users won’t forget it.

Advertisement
2. Don’t let bad karma haunt you
The BJP has been ruling Gujarat since 2001. However, the communal clashes in 2002 that killed over a thousand people from the minority community became the biggest blot on and his election bid. In spite of being exonerated by the Supreme Court, the national and the global media pinned the blame for not controlling (and instead, encouraging) the rioters on the state government, led by the then Chief Minister Modi.

Lesson: Every brand makes mistakes, be it a faulty product, an oil spill or software that crashes more than it works. Acknowledge your errors and move on. The more you focus on the positives, the less your past mistakes will affect you.

3. Good products support credible marketing
Advertisement
Narendra Modi-led Gujarat became one of the most industrialised states in India, with rapid economic growth and massive foreign investments worth millions of dollars. The better-than-average infrastructure and improved employment rates are only too obvious now.

Lesson: Marketing can only do so much for a bad product. It’s a great product, backed by smart marketing, which becomes a world-beating one. The iPhone would never have been the phenomenon it is without being a great product, to begin with.

4. Turn the tables on the competition
Opposition parties highlighted Modi’s humble beginnings as a tea-seller in one of the innumerable attempts to discredit his claims to the highest office in the country. However, Modi and the BJP used this perceived insult to their advantage and turned it into an inspirational saga, gaining support of the ‘backward’ social classes in the process.
Advertisement

Lesson: Every jibe by your competition can be turned on its head and used to your advantage. All it needs is a lot of patience and some creativity.

5. Put a face to the brand
The BJP’s share of votes in the recently concluded Lok Sabha polls was nearly 64% higher than the votes it won in the previous general elections. And a large share of the credit for this performance goes to its prime ministerial candidate Narendra Modi, around whom the entire marketing campaign was built. The party successfully built a personality cult around Modi and his achievements in Gujarat. It was a victory for Modi rather than for the BJP.

Advertisement
Lesson: A highly recognisable and persuasive face behind a brand only adds to the brand’s equity. Leverage the power of personality wherever you can. Sir Richard Branson & the Virgin Group and Steve Jobs & Apple are just two examples of the tangible faces associated with big brands.

6. Be innovative
The winning party’s electoral campaign was innovative in a variety of ways:
· The BJP held public rallies in 1,350 locations across India where Narendra Modi appeared in the form of a 3D hologram, instead of being present in person.
· Video ‘hangouts’ where people could video chat with Modi one on one were carried out at tea stalls across 24 out of the 28 states in India, with more than a million people participating. The hangouts were branded as Chai pe Charcha, meaning a Chat over Tea.
Advertisement
· Out-of-the-box merchandising including jackets, masks, pen drives and Indian bread with NaMo and BJP’s campaign slogans branded on them; also construction bricks with NaMo stamped on them.
· The brand building continued even after BJP’s victory in the form of a Victory Wall on Narendra Modi’s website.

Lesson: Innovation always pays off. Whether it is in your product design, packaging or distribution method, think out of the box for marketing your brand and it will stand out from the clutter.

7. Cast a social media spell
Advertisement
The BJP and Modi orchestrated the most sophisticated political campaign on social media till date. From Facebook to Twitter to YouTube to blogs to WhatsApp, Modi reached out to voters in every way imaginable. With informative content, share-worthy infographics, funny memes and hashtags targeting the opposition, and direct interaction with voters, Modi did not let traditional media take away the control of his campaign.

Lesson: Social media DOES get you results. The BJP’s marketing campaign and Modi’s social media clout are living proof. The now silenced social media naysayers have only to take a look at the number of mentions that Modi generated on his way to a historic win to understand the power of social media. CNN chose to dub this election as the first social media election in India. The Obama magic was effectively duplicated and surpassed by Modi magic.

8. Identify gaps and fill them
India’s incumbent government was widely criticised for its lack of leadership, mindboggling corruption scandals and indecisiveness on the economic front. The BJP identified these lacunae and modelled itself as the party that promised a strong and clean leadership with a proven track record of rapid economic growth. Picking a candidate like Modi was the party’s master stroke in securing a victory in these elections.
Advertisement

Lesson: Do your research well. Understand what the pain points of your target audience are and aim to fill in the blanks as best as possible. People care more about a problem-solving product than for another me too.

9. Nothing beats catchy branding
All the parties involved in the Indian elections spent millions of dollars in marketing themselves and their agendas. What set the BJP apart was its catchy branding and glib copy. One of its main campaign taglines – Ab ki baar, Modi sarkar (loosely translating as Time for Change, Time for Modi) became a viral hit, with hundreds of user-generated versions of the tagline appearing on social networks, newspapers and television.

Advertisement
Lesson: You may not give enough credit to copywriting or brand mantras, but a catchphrase with smart branding goes a long way in conversion. Don’t just look at the immediate results; look at all possible implications. Don Draper agrees with this line of thought 100%.

10. Championships aren’t won without teamwork
In a country notorious for mismanagement of its resources, the winning party did a great job of putting together a great team with clear-cut campaign responsibilities. Although Narendra Modi was leveraged as the star campaigner during the Lok Sabha elections, the BJP war room was efficiently manned by some of the brightest brains around. The party fielded qualified and experienced candidates who were handpicked for their past successes, unlike competing political parties that had no real game plan in this regard.

Lesson: Take the time and put in the effort to cherry-pick the right people for your marketing team. Assign clear roles and set measurable targets. Objectivity goes a long way in getting a team to put in their best.
Advertisement

In hindsight
Political campaigns only happen once in five years. They are like intense 100m sprints at the end of which the winners can catch their breath and rest on their achievements. However, on analysing the marketing tactics employed by the BJP in the Indian elections this year, you’ll realise that the essence of a winning marketing campaign does not change. Whether you’re marketing a political party or a business with an idea, a product or a service – if you get your fundamentals right, victory is just a list of checkboxes that need to be ticked.