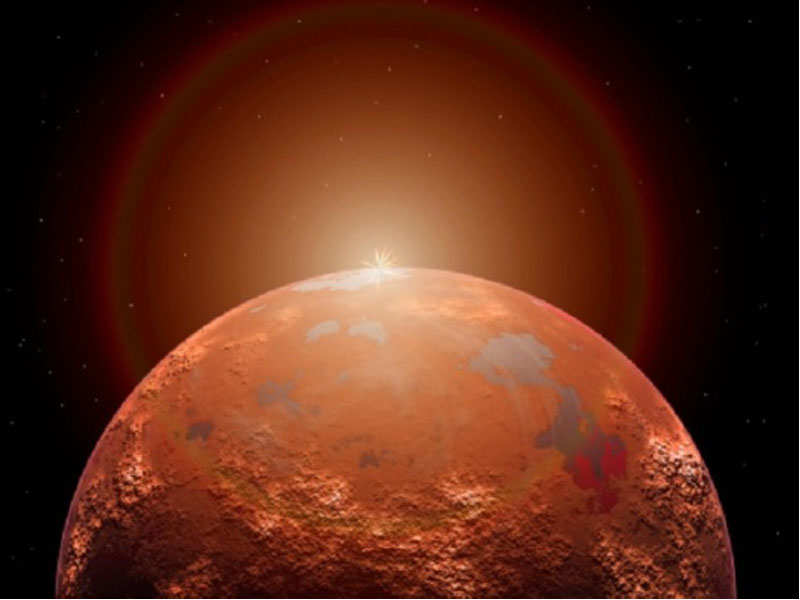 September 24, 2014, is all set to be a red letter day for the (ISRO). On this day, India’s Mars spacecraft, Mangalyaan, will enter the Red Planet’s orbit. Midway through its journey, India’s solo has captured the imagination of both its citizens and the international space community. If it succeeds, it will be testimony to Indian jugaad – our unique ability to part-innovate and part-improvise – and will also affirm the country’s status as an emerging space superpower.

An insight into India
Mangalyaan’s story provides a unique insight into the Indian psyche. Only in India you will find rocket scientists visiting temples and seeking blessings before every launch. In the case of Mangalyaan, it was ISRO’s chief, Dr K Radhakrishnan, who sought the divinity’s green light at the famed Tirupati temple before the launch.

This social conservatism, however, did not extend to the team developing the spacecraft. In a country where a 60-plus Prime Ministerial candidate is considered young, Team Mangalyaan’s oldest member is the 50-year-old project director, Subbiah Arunan. The next most aged team member is 32 and the average age of Arunan’s team is just 27.
Advertisement

But it was not just youthful vigour that spurred the team to develop the spacecraft in just 18 months, when a time span of 5-6 years happens to be the norm. While Mangalyaan may have been India’s first shot at Mars, ISRO is an old hand at the space game and they are very efficient at what they do.

Set up in 1962 as the Indian National Committee for Space Research (INCOSPAR), ISRO has, till date, mastered satellites, launch vehicles and a range of technologies required for each and every space mission. It is also persistent, which is useful when the usual sceptics begin questioning why a ‘poor’ country like India is squandering away millions for glory-hunting in space.

As it turns out, one of the hallmarks of the Mars mission is the bargain basement for which India has spent $75 million or so, confounding the critics. Cheap labour, too, is partly responsible for this.
Advertisement

Chasing a critical launch window where all the space geometry would work optimally for ISRO, the rule book was thrown out of the window – a typically Indian trait that frequently leads to chaos but paradoxically, is a must for innovation. And it saves money as well.

Mission critical
Although many of the subsystems used for Mangalyaan could be products of past endeavours, ISRO has definitely entered uncharted space as far as the complex mission profile of getting the spacecraft to Mars is concerned.

Advertisement
When it was launched on November 5, 2013, Mangalyaan was temporarily placed in an orbit around the earth. That marked the geocentric phase where the earth’s gravity was used to build up to a slingshot that would send the spacecraft hurtling towards Mars.

The slingshot took place on December 1, 2013, marking the start of the current 9-month heliocentric phase where the craft is under the gravitational influence of the Sun, apart from being subject to minor course corrections with the firing of onboard thrusters.

The final leg of this journey – the Martian phase – will involve firing Mangalyaan’s liquid engine in what ISRO terms as the Mars Orbit Insertion (MOI) manoeuvre to set it up in an elliptical orbit over the planet, which will vary between 387 and 80,000 km.

Advertisement
But the mission doesn’t end there. The 1,337 kg spacecraft carries a payload of around 15 kg that comprises five different sensors for gathering scientific data ranging from the measurement of the amount of methane in the Martian atmosphere to different kinds of minerals and soils found on the planet. Such mundane data collection may seem a far cry from the claims of glory-hunting made by critics, but these small discoveries are the basis of larger scientific leaps.

A reality check
While India’s achievements in developing a low-cost, homegrown Mars vehicle within a crunched timeframe is undoubtedly impressive, the larger task of exploring the planet is beyond the capabilities of any single country.

, which is in a different league when it comes to Mars missions, has barely scratched the surface, inspirational as the might have been. Having splurged $2.5 billion on this mission alone, it faces similar accusations of misplaced priorities as its Indian counterparts.
Advertisement

But what is the endgame behind all these Mars missions?

Wernher von Braun, the German rocket pioneer and creator of the infamous German V-2 rocket of WWII, imagined a manned flight to the Mars back in 1948 when he wrote The Mars Project. But his vision was not that of a solitary human explorer, sent out on hope and prayer. He had imagined a group of 70 Martian explorers, travelling in 10 spacecraft.

Asked when that would be possible to achieve, von Braun replied, “In a hundred years.” That was in 1954. Today, critics of the Martian expeditions see red as it is expected to cost $100 billion to send a manned mission to the Red Planet.
Advertisement

Budgetary battles and economic downturns may come and go, but the ambition of the space community is central to its DNA.

India has recently unveiled plans for sending a rover to the moon after the success of its moon orbital mission. And a successful Mars mission will only spearhead ISRO’s demand for bigger budgets. Meanwhile, it doesn’t hurt to have God on your side.