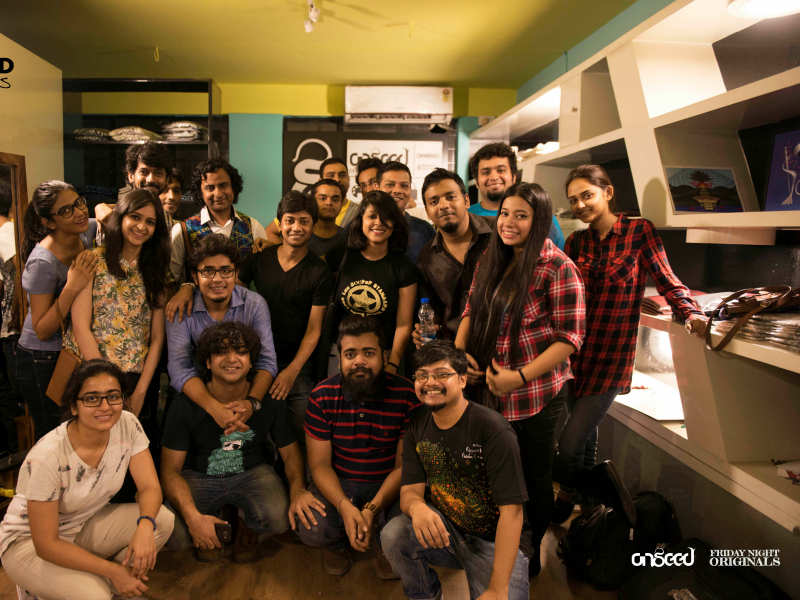 It&rsquo;s a known fact Indian music scenario is largely dominated by commercial songs from Bollywood movies. While this has given music a major boost in Indian economy as far as the money is concerned, artists who want to practice and preach other genres of music have been forced to disappear in oblivion.

Indian independent music market is primarily at a very nascent stage making it one of the most challenging platforms for music entrepreneurs. Many independent music artists still fight back to make their mark, against the ambush of popular Bollywood music &ndash; which currently claims 81% of all music consumption, according to a report by KPMG.

To ease things for good, Durjoy Choudhury and Abhibroto Mitra has started India&rsquo;s first Integrated and Original Independent Music Startup - Friday Night Originals (FNO). The City of Joy that has always pitched for unique and emotion-loaded endeavours is now witness to a vision that aims at making original and independent music accessible to everyone interested in the genre.
Advertisement

What is FNO?
FNO&rsquo;s unique approach of compiling quality music with compelling audio and enriching visuals, focusing on the artist alone, makes it a startup unique to its nature. FNO&rsquo;s nature of collaboration, without regional and language boundaries, makes it&rsquo;s a platform that will be equally appealing to audience belonging to various parts of the country and beyond. Keeping music true to its nature, Friday Night Originals will be looking at promoting music without any boundaries and get back to the art of storytelling and experiencing emotions through music.

Friday Night Originals separates itself from the rest by not only making original and quality music available but also by discovering talents at even the grassroots level. The startup closely follows the motto - &lsquo;Let&rsquo;s move generations and make music a movement again&rsquo;.

Advertisement
How it all started
It all started in frenzy. Abhibroto wanted to record Durjoy&rsquo;s songs when the latter told him, &ldquo;Why record one single person, when you have a whole city to record?&rdquo;

&ldquo;Initially, the plan wasn't to restrict ourselves to 16 episodes; we just wanted to bring new people to the limelight. The format was sorted out when we decided to attempt crowdfunding, which didn't work out, unfortunately. Then, Lost is Found came in offering to help with equipment and we shot in a homely setting, including three episodes that we shot in a practice pad,&rdquo; Durjoy told Business Insider.

Funding
Advertisement
Friday Night Originals has done two seasons successfully and is currently bootstrapped. &ldquo;We are looking at investors who will help the startup in scaling up without diluting the vision, in recreating a sustainable business model through digital tools, for encouraging independent music and artists. Thereby following this process of building an exclusive platform where an enthusiast/consumer would reach out to access independent music, would ensure that FNO establishes its footing,&rdquo; one of the co-founders told Business Insider.

Market Size
India&rsquo;s music industry was valued at $155m in 2014 and the recording music business will nearly double over the next five years, bringing in an annual income of Rs 18.9bn (US $300m) in 2019, basis a research conducted by KPMG. Platforms like NH7, FLYT, Artistaloud are trying to get into the independent music industry. The sale of independent Indian music online has received a fillip in 2012 as Flipkart and Hungama upped their game in this genre.
NewsletterSIMPLY PUT - where we join the dots to inform and inspire you. Sign up for a weekly brief collating many news items into one untangled thought delivered straight to your mailbox.
CAPTCHA: