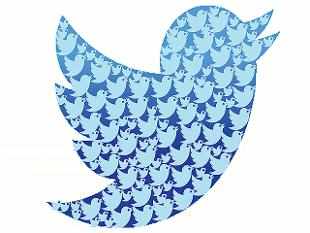 Advertisement
A team of US researchers including an Indian-origin scientist has formulated a new method that can predict with 70 percent accuracy the likelihood that your -- that are part of an ongoing debate or a movement -- will become part of a larger and even violent protest later.

The study from researchers at Arizona State University, Texas A&M University and Yahoo and funded in part by the US Military's Office of Naval Research looked at 2,686 posts to create a create a system that reliably spots future online protesters.

"The ways in which protest-related events affect a person are not observable, resulting in a lack of knowledge of factors operating at that time causing his next post to be a declaration of protest," wrote lead researchers Suhas Ranganath, Fred Morstatter and colleagues from Arizona State University.

"A user is subject to various types of influence in his past and many of them are in conflict with each other. This may lead to ambiguities on whether his posts will contain declarations of protest in the future," they added.

The paper titled "Predicting Online Protest Participation of Social Media Users" was published as part of the proceedings of the Association for the Advancement of Artificial Intelligence (AAAI) conference in Phoenix, Arizona, recently.
Advertisement
To reach this conclusion, the team observed tweets regarding the Nigerian general election in 2015, which eventually sparked widespread due to irregularities and militant violence.

The team employed Brownian motion theory to design the formula -- a theory that is usually employed to track the movement of particles as well as model stock market fluctuations and other highly complicated systems, www.nextgov.com reported.

The findings can also be applied to scenarios when the complete spreading mechanism is not known like in the case of terror-related tweets.

"In these scenarios, we go into the history of the user and see who have tried to interact with him and the nature of the interactions. So the individual user's response to the attempt of organizations like IS (Islamic State) to interact with him can be modelled using the proposed method," the team told Defense One website.

The researchers, however, caution that predicting a protest tweet is different than predicting the moment of actual

Advertisement
The paper is part of a $750,000 grant from the Office of Naval Research to study how crisis manifests itself in social media.