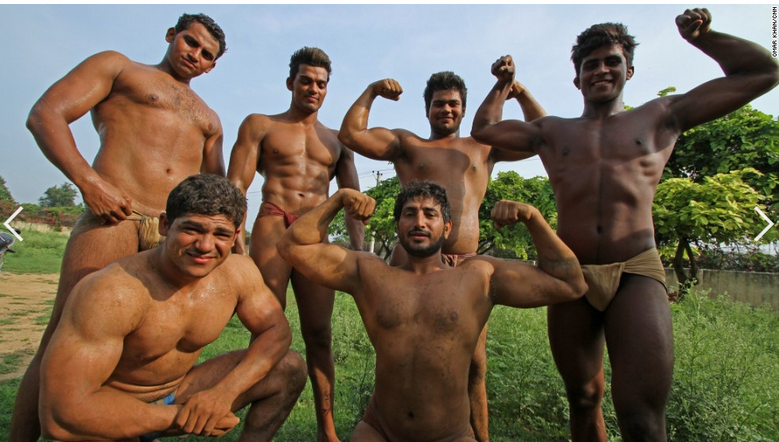 The twin Indian villages of Asola-Fatehpuri Beri located to the south of Delhi have been christened the strongest village in the country and it also has the distinction of being the village which produces guarding the pubs in the national capital.

From teens to men nearing 50, a group of bodybuilders, wearing just a loin cloth, unite at the most popular training spot in the village, called the akhada (the arena) to sweat it out.

Two-hour workouts are held every morning and evening to achieve the required body. They wrestle; do hundreds of sit-ups and pushups, while balancing bricks on their shoulders and even carry each other on their shoulders, all to capitalize on their strength and muscles and get employed as bouncers at Delhi’s bars and clubs.

As more and more clubs make their presence felt in Delhi, the need for more and more bouncers protecting the doors of the same arises, with the musclemen from this village taking the majority of those spots.

Advertisement
It all started fifteen years ago, with Vijay Tanwar missing out on a spot in India’s wrestling team for Olympics. While looking for something where he could make the most of his muscles, Tanwar stumbled upon making a living out of guarding the doors of pubs in the capital.

“I was the very first bouncer from this village,” he admitted to CNN.

Following his footsteps, clans of Tanwars (all of them bear the same surname) have started taking after him and have started beefing up. They don’t drink or smoke. Their diet comprises mainly of nuts, fruits, yoghurts and lot of milk.

There is not one single person who doesn’t go the gym or exercise.

Though the younger generation still fosters dreams of representing their country in the Olympics someday, sooner or later they take up the occupation for being a bouncer to make a living.

Advertisement
All their rigorous trainings are however worth the effort as employers are willing to dish out Rs 50,000 a month for the most intimidating bouncers for their pubs.

So, the next time you’re visiting a nightclub, spare a thought for the beefy Tanwars welcoming you at the door.