Advertisement
Rounak Jain
Aug 28, 2020, 09:57 IST
Sunil Bharti Mittal, Chairman and Managing Director of Bharti Airtel, during a press conference in New Delhi on June 8, 2010BCCL
Advertisement
Bharti Airtel founder and Chairman Sunil Bharti Mittal asked his subscribers to ‘prepare to pay a lot more’, hinting that big tariff hikes are coming soon. If you pay ₹45 per month now, your bill could soon more than double to ₹100 per month.
“You either consume 1.6GB of capacity per month either at this price point (₹160) or you may prepare to pay a lot more. We are not wanting $50-60 like the US or Europe but certainly $2 for 16 GB per month is not sustainable,” said Sunil Mittal at the launch of a book written by his colleague at Bharti Enterprises, Akhil Gupta.

Mittal referred to offering 16GB data at ₹160 as a tragedy, further adding that users should get 1.6GB data at this price or just pay a lot more. This translates to prices of 1GB data at ₹100, instead of ₹10 right now.

This could mean a major tariff hike is coming soon. Currently, Airtel offers 1GB per day for 24 days at ₹199 per month. Going by Mittal’s comments, the data benefits could be reduced by ten times, to just 2.4GB per month.

He was further quoted by the PTI report as saying that at the lower end, Airtel subscribers would have to pay at least ₹100 per month. Currently, the base Airtel plan costs ₹45 per month, so Mittal is talking about a more than 100% increase in its base tariffs.
Advertisement
Also Read

Mittal further said that average revenue per user (ARPU) of ₹300 is required to make the industry sustainable. “You should see solid ARPUs building up in the next 5-6 for industry to be sustainable,” he said.

Reiterating that a tariff hike is certain, he further added, “In six months’ time we should be crossing the mark of Rs 200 for sure and Rs 250 would be ideal.”

Airtel currently offers plans starting at ₹45 and the prices go all the way up to ₹2,698 which offers annual validity.

Here’s a look at some of the most popular Airtel plans along with their benefits:
Advertisement

The news of Airtel hinting at an increase in its tariffs has not gone down well with the company’s subscribers. Many users took to Twitter to express that they are upset, asking the company to instead improve its quality of service and speeds first.

@BiIndia @jainrounak @airtelindia U can collect more money when u provide better service I am paying 1500 every mon… https://t.co/nWX6kTsDHt

A few others also said that they are ready to port their number out of Airtel.
Advertisement

@BiIndia @jainrounak @airtelindia My plan is expiring in next monthAfter reading this me to airtel- https://t.co/8ozUhQNlcd 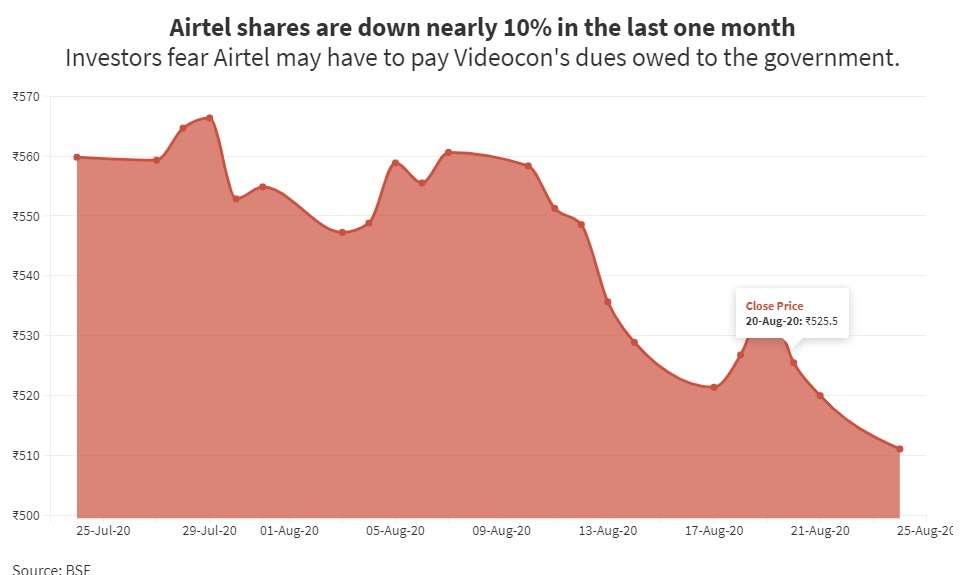