Now, with 5G knocking on the door and telecom players proving they are 5G-ready, the games are about to begin and this time around, there’s more on the table than just the entry of a new telco.

On the state of Indian telecom industry today

Advertisement
“The government can definitely offer support, they are in the driving seat. They control the regulation, policy and prices. So really speaking, they are the ones who can help the telecom industry,” Dr Kochhar said in a conversation with Business Insider India.

Further, he added that the telecom industry has been urging the government to reduce its costs, in terms of spectrum or rollout of services, since ‘Digital India’ has been one of the primary talking points of the Modi government.

“The telecom distress is very well known, the amount of ARPUs we are getting are much lower than desired, and we have been consistently asking the government to reduce the cost that a telecom provider incurs – be it terms of spectrum or rollout cost,” he added.

The Indian telecom industry is gearing up for its second major development in less than a decade. While 4G is ubiquitous in terms of coverage across India, only 3 out of 4 subscribers use 4G services in the country. With the 5G spectrum auctions nearing, we interviewed COAI’s director general Dr. SP Kochhar to understand the state of the Indian telecom industry. The Indian telecom industry underwent a colossal change in 2016, changing the face of the sector forever.
With 5G around the corner, Dr. Kochhar believes that the costs are going to go up and the revenue will take time to come in, at least from the consumer segment.

“Yes, the demand is still there and it is becoming more critical now that the government must step in and help out the telecom sector whom they're recognized as an essential sector,” he said.
Advertisement

‘Private 5G networks’ has emerged as one of the key areas of friction between the government and telecom operators, and Dr Kochhar says that this is because the operators have built their business plans around deriving revenue from 5G services for enterprises.

“India is a price sensitive market, so the revenue which is going to come to anybody who provides 5G, is from new segments opening up, and those are machine to machine communications, those are enterprise communications,” Dr Kochhar said.

He added that enterprise services will likely contribute to 70% of 5G revenues, which will then be combined with the 30-40% revenue from consumer services to provide 5G services to consumers at almost the same rates as 5G.

‘You have to take the good with the bad’

Advertisement
One of the demands of COAI and the telcos has been to reduce the 5G spectrum base prices by as much as 90%. Eventually, the government reduced prices by 35-40%, to which the association expressed its disappointment and called it “one step backwards than forward”.

Despite this, he stressed that the telecom distress will continue for the time being especially because of the capital expenditure on 5G spectrum and rollout.

‘5G is software-driven, but costs will not reduce’

One aspect of 5G is that it offers significantly more capacity when compared to 4G. Estimates put this amplification at anywhere between 10x to 100x, depending on the signal strength and towerisation.
Advertisement
However, Dr Kochhar says that this does not mean the costs will come down. It’s the hardware costs that will reduce on a per unit basis when telecom companies achieve enough scale in terms of 5G subscribers, but Kochhar says that the costs will shift to the software side of things.

“5G is software-driven, so it needs highly-paid manpower. The training, maintenance, security costs will go up, data centers will have to be set up,” he explained, underlining that running and maintaining a won’t be as simple as it is with 4G.

‘Why would a subscriber upgrade to 5G without any tangible benefits?’

One of the biggest questions in the subscriber minds has been about the need for 5G in the first place. Although 4G speeds in India are a fraction of what they are in many other countries, they are adequate and enough to stream videos and more.

This, Dr Kochhar says, will be why the consumer segment will contribute only 30-40% to 5G revenues of telcos – the use cases are simply not there yet.
Advertisement
Although there is no information on 5G prices yet, there could be a moderate increase from 4G prices and this, combined with the abundance of 4G-only smartphones and relatively lesser need for 5G could hamper 5G uptake among consumers.

Bear markets are almost here, but here’s why you should continue your investments and SIPs
{{}} 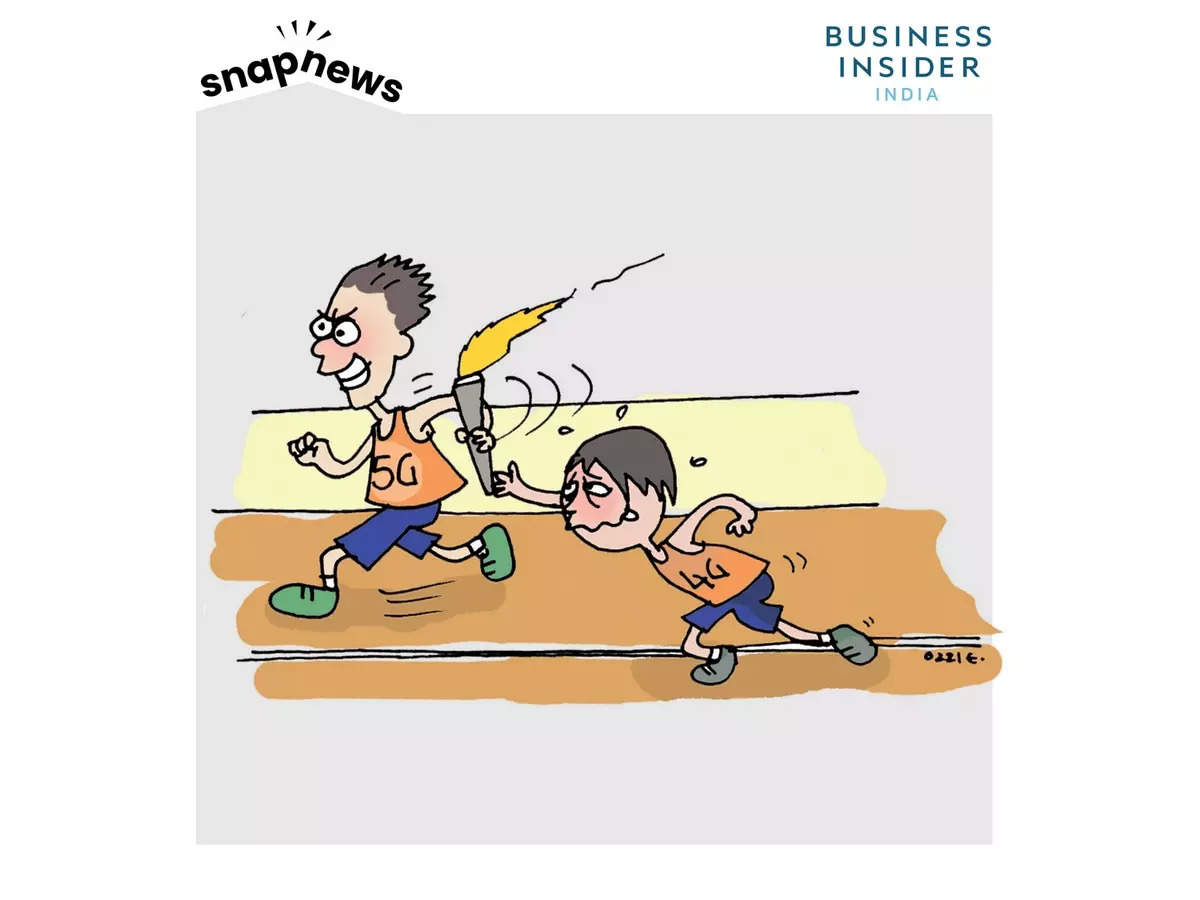 The Indian telecom industry is gearing up for its second major development in less than a decade. While 4G is ubiquitous in terms of coverage across India, only 3 out of 4 subscribers use 4G services in the country. With the 5G spectrum auctions nearing, we interviewed COAI’s director general Dr. SP Kochhar to understand the state of the Indian telecom industry. The Indian telecom industry underwent a colossal change in 2016, changing the face of the sector forever.
NewsletterSIMPLY PUT - where we join the dots to inform and inspire you. Sign up for a weekly brief collating many news items into one untangled thought delivered straight to your mailbox.
CAPTCHA: