Advertisement
Prabhjote Gill
Aug 27, 2020, 13:49 IST
Prime Minister Narendra Modi visits Ladakh amid border tensions with China in JulyBCCL
Advertisement
Disengagement along the border between India and China in Ladakh is progressing at snail’s pace as both sides are looking to settle in for the winter. Experts believe that the Line of Actual Control in northern India will now be the front to hold, at least for the year to come, if not longer.
If there isn’t any positive action on the ground it’s possible that the standoff will draw out for years because China doesn’t want to put at risk and India won’t instigate the Chinese People’s Liberation Army (PLA).

But as things stand, there’s now a "trust deficit" that will proper the Indian Army to occupy the area throughout the year — irrespective of the weather — according to international security expert Sameer Patil with Mumbai-based thinktank Gateway House.

A part of the reason is that the situation at the Line of Actual Control (LAC) this winter is very different from what one usually sees at the border.

This winter is unlike any other that Ladakh has had to face
Summertime incursions and border skirmishes between India and China are common in Ladakh. However this year, the situation is unlike any other the Indian Army has had to face before.
Advertisement
"The force levels required are much higher. The incursions are simultaneous and in a couple of places," Brigadier Anil Gupta, who is currently deployed in Jammu, told Business Insider. "This was a well-planned operation launched by the PLA," he said.

For the upcoming winter, the Army has already asked for additional winter supplies including things like snowboards and winter jackets to sustain the additional number of troops. Rations may also reportedly be cut down with the pandemic making it difficult to bring up supplies to the hard-to-reach places where the soldiers are stationed.

Why China won’t back off
Aksai Chin was lost in the pages of history up until 2014. There was no mention of it in border talks and negotiations. However, things have changed since then.

India’s new maps and infrastructure construction in the border area forced China’s hand to defend the Aksai Chin region, according to Gupta. "Aksai Chin provides the lifeline with respect to G2-19, the highway that connects Xinjiang province with Tibet," he said.

Advertisement
Both are autonomous regions claiming independence from mainland China. If the country doesn’t have access to Aksai Chin, it will no longer be connected to them via the G219 highway.


"For all practical purposes that area will be occupied throughout irrespective of weather," said Patil.


Options at India’s disposal
Even if India does exercise its ‘military options’ — as insinuated by Chief of Defence Staff General Bipin Rawat — it won’t be in Ladakh. Rather, they will look to the Indian Air Force (IAF) and the Indian Navy to make the next move and shift the centre of gravity of operations.

Advertisement
"If at all, military options are exercised, the result-achieving actions will be through these two powers," said Gupta. He explains that China will become the ‘front to hold’ and the fighting front would be elsewhere.

Once such stronghold could be the Malacca Strait, which has been a pain point for China in the past. Even former Chinese president Hu Jintao had referred to it as "the Malacca dilemma" — China needs access and India has the power to control it.

Not only is the Strait of Malacca one of the most congested waterways in the world, but it is also a seaway that links the Indian Ocean to the South China Sea. Control over it means being able to choke China’s energy supplies. 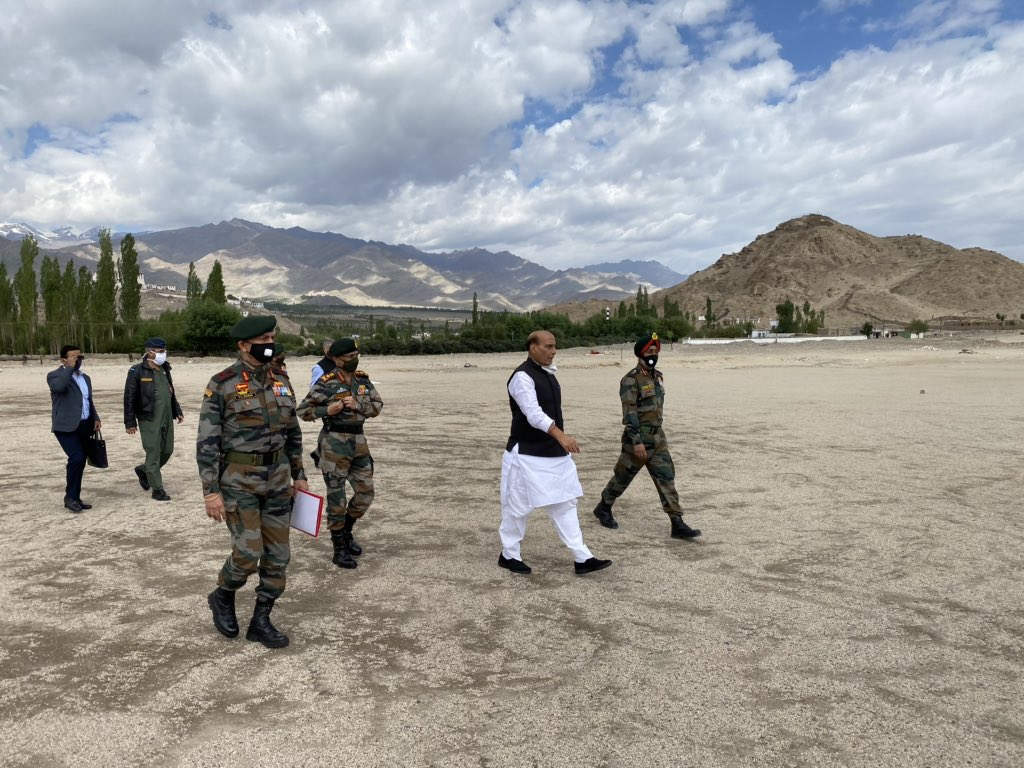