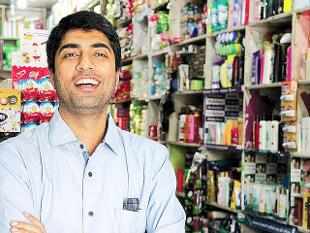 India may boast of being home to around 19,400 technology-enabled startups, but exit valuation for the investors looking to cash in on the initial still remains low, says an official survey.

Economic Survey 2015-16, tabled by Finance Minister in Parliament today said the startup sector in the country is witnessing "unusual dynamism", focused on e-commerce and financial services.

"Indian startups have raised USD 3.5 billion in funding in the first half of 2015 and the number of active investors in India has increased from 220 in 2014 to 490 in 2015," the survey noted.
Advertisement

"It is important that startups too see 'exit', which could take the form of these companies being listed, allowing the original private investors to cash in on the initial investment and plough it back into other similar ventures. Exit valuations in India are still low," the survey said.
It added exit valuations are expected to increase as the impact of new SEBI policies on listings comes into effect and as equity markets, in general, revive from current low valuations, caused by a sense of gloom in the global economy.

Advertisement
The survey said there were 19,400 technology-enabled startups in India as of January, of which 5,000 had been started in 2015 alone.

India is also the homeground for eight startups in the 'Unicorn Club' with valuations greater than USD 1 billion (as of December 2015).

Advertisement
"India home to a new breed of young startups has clearly evolved to become the third largest base of technology start ups in the world. Within one year, the number of startups have grown by 40 per cent, creating 80,000-85,000 jobs in 2015. This emerging sector is set to get up a fillip with the Startup India programme," it said.

Startup India is the flagship initiative of the to build a strong ecosystem for nurturing innovation, driving sustainable economic growth and generating large-scale employment opportunities.

Apart from technology, the startup movement is being extended to an array of sectors including agriculture, manufacturing, healthcare and education.

Advertisement
"Startup India will turn Indian youths from job seekers into job creators. It will encourage , innovation and creation of revolutionary new products in India, that will be used by people around the world," the Survey said.

Under the Startup initiative, various action plans have been proposed including self-certification to reduce the regulatory burden on startups, setting up Startup India hub to create a single point of contact, enable knowledge exchange and access to funding; as well as relaxing norms of public procurement to provide an equal platform to startups in the manufacturing sector.

The proposals also include legal support and fast-tracking of patent examination to promote Rights (IPR), faster exit for startups and providing funding support through a fund of funds with a corpus of Rs 10,000 crore.