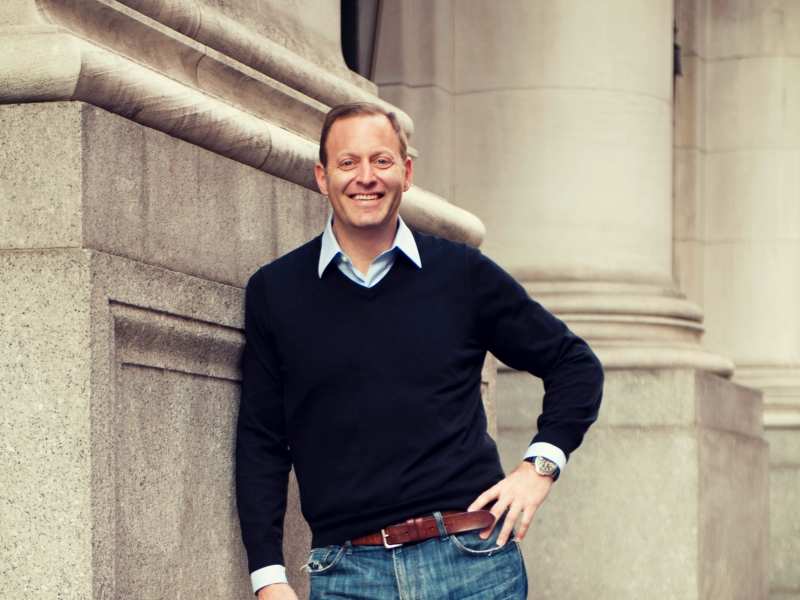 The company was founded by David A. Steinberg and John Sculley (former CEO of Apple Computer and Pepsi-Cola) in 2007. It uses Big Data, advanced analytics and machine learning to power marketing programs for hundreds of Fortune 500 brands.

Zeta recently raised around $125 million and launched its new India headquarters in Hyderabad.

Business Insider India chats up with the co-founder and CEO David A. Steinberg.

How important is in the global marketing scenario?
Advertisement
Over 70% of the money spent on advertising is on analog mediums – TV, direct mails, bill boards. Hardly 30% is spent digitally. In the next 10 years those numbers will switch. Marketers that don’t cope up with the digital trend with die. Companies like Zeta that effectively help big-data companies decide on acquisition, digitization and monetization are going to be critical and will continue to grow.

It’s not a co-incidence that our company grew 70% last year, and will continue to grow 40% organically this year.

What led you to look at India with interest?
Unlike many American companies that come to India, we’re not here for cost savings. We’re here to get the best possible human capital on Earth. We are starting to see the education system cranking out engineers, data scientists and professionals that are at par with the best in the world.

We do most of our programming, processing, development and management in India. As we bring in more people from IBM, Oracle and Facebook, we’re starting to even architect our platform in India. It’s been a very exciting proposition for me.

Why choose Hyderabad as your India headquarters over Bangalore?
Advertisement
We chose Hyderabad because it’s not Bangalore. It was a tactical move, really. We wanted a place where we could still get the best human capital and not compete with every other company on earth for it. In Hyderabad you can build a team that’s going to stay with you for a longer period of time. However, we see Facebook, Google and IBM have moved into Hyderabad and are started to seize employees.

Also, once you build infrastructure and management, you don’t want to move! We tripled the size of our Indian operation, we’re going to double it again in the next 2 years, and triple it in the next 3-4 years. We often acquire western companies and migrate their operations to India. I still spend time in Bangalore, Mumbai and Delhi. However, that’s spent mostly meeting vendors, clients and recruiting people.

From when will your new premises be operational from?
The building is almost complete. The goal is to have a soft launch by the end of October and do a grand opening by early November. We’re also looking to hire many new engineers.

Advertisement
What are the domains you’re looking to hire?
Primarily engineering and data science.

What can India do to attract more foreign investment?
The Indian Prime Minister has been very clear about his desire of more American companies coming to India. For India to propel itself into the society and nation it wants to be I believe the infrastructure will have to catch up with the human capital. The current Prime Minister is doing an exceptional job in moving these programmes forward, and that’s what the focus should be.

Many Silicon Valley engineers are fueling India’s startup boom. Why do you think that is?
This happens when one company in a particular domain makes a lot of people wealthy. That gives them the capital to start their own businesses.

Companies like Cisco, Intel and Google are making people wealthy. It’s true for every other tech capital in America – Silicon Valley came out of Hewlett Packard, Austin Texas came out of Dell, Seattle came out of Microsoft and New York came out of multiple tech companies. Now we’re starting to see that change in India.
Advertisement

How do you justify the timing of it all?
You have to look at when these NRIs started moving back. People had made enough money in their cushy job to move back and live substantially. A 2 BHK starter home in Silicon Valley costs around $ 1 million. It’s crazy how expensive that place is! For that money you can live like a king here.

There’s obviously no question that political stability that the country is enjoying now is a powerful tractor for human capital.

How can startups leverage your platform to their benefit?
We have a tough time working with startups. That’s a part of the challenge. Most of our clients are Fortune 1000 companies. When you reach a certain size, it’s difficult to integrate into startups.

That being said, we partner with startups where their technology can help us do a better job for our customers.
Advertisement

Do you have any Indian clients?
We don’t have any Indian clients as of now. We operate out of India, but we don’t sell our products and services here yet. We’re looking for a company to buy to potentially enter the Indian market over the next 2 years. However, as of now 80% of our revenue comes from North America, 12% from Europe, and the rest from South America and Australia. India is a market we want to grow into, but it’s not one we’re focused on from a sales perspective.

Has any Indian company approached you for your services?
Some have. We’ve talked about it. However, it’ll be unfair to reveal their names currently.