The four countries have reportedly had several meetings to discuss global vaccination and discussed ways to encourage ‘alternative medical supply chains’ to reduce the dependency on China.
A government source told Reuters that India is asking the QUAD — an informal alliance between India, Australia, Japan and the US focused on the Indo-Pacific — to invest in its vaccine production capacity. “India has more vaccine options than any other Asian country at this point of time. India expects members of the QUAD alliance to pay to ramp up production,” they said.

The four countries have reportedly had several meetings to discuss global vaccination and discussed ways to encourage ‘alternative medical supply chains’ to reduce the dependency on China.

Low and middle income countries, like Indonesia, may not have a choice but to take China’s vaccine despite numerous concerns around the lack of public data as well as questions of efficacy and safety.

So far, none of the QUAD members have confirmed this development other than the comments of Japan's foreign minister Toshimitsu Motegi. On March 5, he told reporters that the QUAD discussed the “necessity and importance of international cooperation to ensure equal access to vaccines for developing countries,” during the February meeting.
Advertisement
China rolls out nearly half a billion doses to 45 countries
On March 2, China rolled out roughly half a billion doses of its vaccines to more than 45 countries, according to a tally done by the Associated Press (AP).

Four of China’s vaccine makers claim that they will be able to produce at least 2.6 billion doses in 2021 cumulatively. AP’s tally shows that vaccinations have already begun in more than 25 countries with doses delivered to another 11 nations. This includes European nations like Serbia and Hungary.

In Chile, people were without the vaccine until late January. That’s when Chinese firm Sinovac Biotech jumped in with 4 million doses and the country started to inoculate its population with impressive speed. The South American country now has the fifth highest vaccination rate per capita in the world, according to Oxford University.

Pfizer, Moderna and Oxford’s doses are being snapped up by wealthier nations. Not to mention the slow delivery timelines of the western companies. Chinese vaccine makers, on the other hand, can produce their vaccines faster and don’t need complicated infrastructure for storage — they can be stored in standard refrigerators.

For the Asian giant, this is an opportunity for it to redeem itself as the ‘saviour’ after being subject to mistrust after the initial outbreak of COVID-19. However, it has denied all claims of vaccine diplomacy so far. According to China’s Ministry of Foreign Affairs spokesperson, the vaccine is only a “global public good” that the country is happy to share.
Advertisement
The QUAD grouping has never openly deemed itself to be ‘anti-China’. Nonetheless, past actions show that the alliance is mainly focused on countering China’s influence on the global stage, particularly in Asia.

SEE ALSO:
Gold prices are falling and the world’s biggest market for the yellow metal is hoping for more shoppers 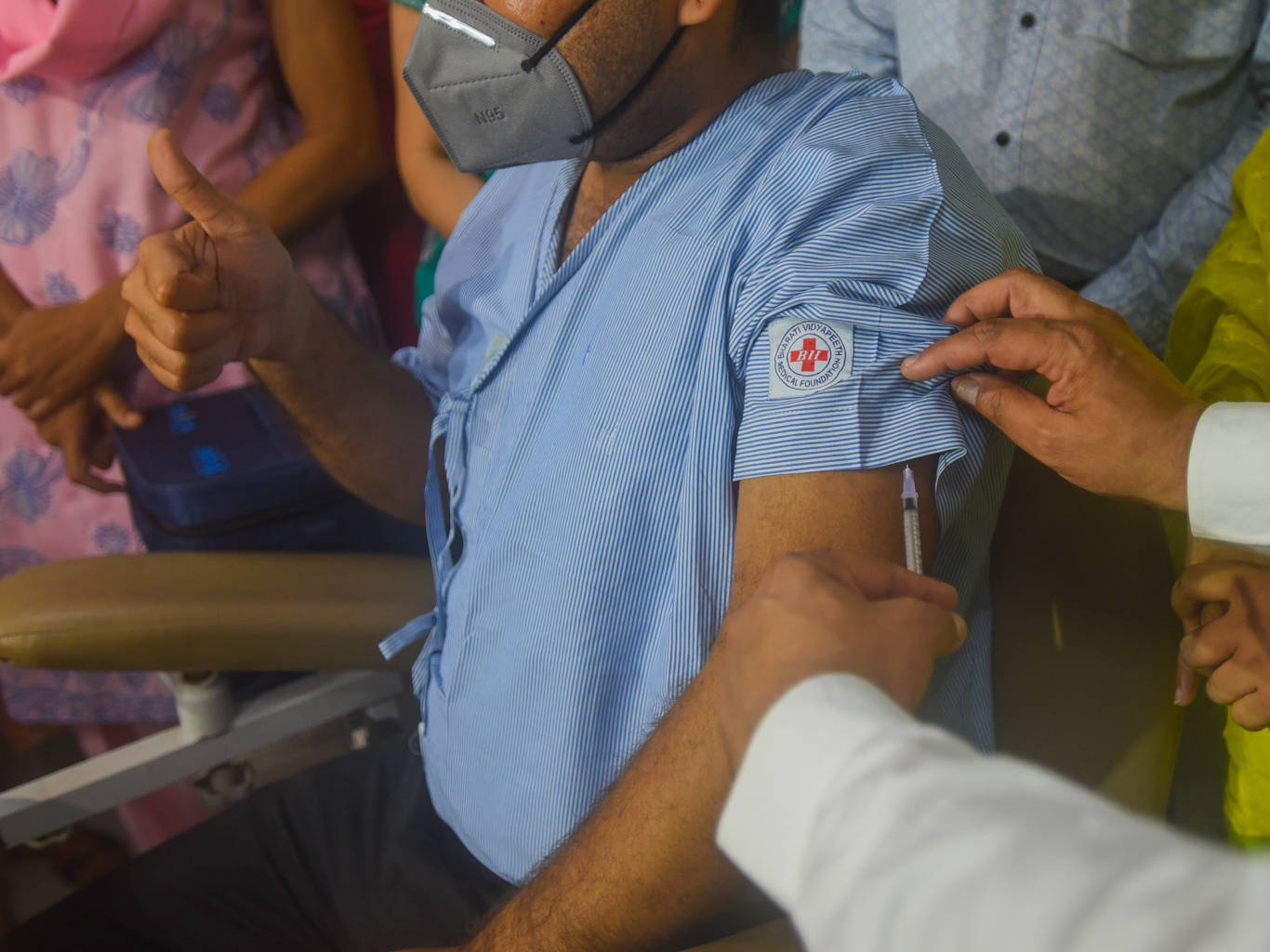 The four countries have reportedly had several meetings to discuss global vaccination and discussed ways to encourage ‘alternative medical supply chains’ to reduce the dependency on China.
NewsletterSIMPLY PUT - where we join the dots to inform and inspire you. Sign up for a weekly brief collating many news items into one untangled thought delivered straight to your mailbox.
CAPTCHA: