Advertisement
Sanchita Dash
May 12, 2020, 21:34 IST
IANS
Advertisement
The Prime Minister of India Narendra Modi in his fourth address to the nation today announced a ₹20 lakh crore package for a ‘self reliant’ India. PM Modi said the package is worth 10% of India’s GDP.
“₹20 lakh crore in 2020, will give a new direction to a self reliant India. This is for the growth journey of the nation,” said Modi.

Lockdown 4.0 will have new characteristics and rules and they will be released before May 18, says Prime Minister Modi

Starting tomorrow, the Finance Ministry will share more details about the package. The stimulus has been designed keeping in mind all factors – Land, labour, liquidity and laws.

“This financial package is for those labourers and farmers who have been working for India in every sombre situation, it is for the taxpayers of India,” he said.

He added that with this package, efficiency as well as quality of all industries across India.
Advertisement
“You’ve also seen the reforms in the past 6 years, because of which during this time of crisis, the Indian economy has seemed to be strong. Otherwise who would have thought that money sent by the government would reach the pockets of the common man,” he said.

Modi added that the package will also be a boost for Make In India.”The package will include easy and transparent taxation, strengthening the financial system, and creating better human resource. These reforms will excite businesses and take forward our commitment towards 'Make in India',” he said.

A self reliant India will stand on five pillars: eonomy, infrastructure, a tech-driven system that looks towards the future, a vibrant demography, and demand.

“The COVID-19 crisis has taught us that focussing on the 'local' should be our mantra. From today, every India should be more 'vocal' for the 'local'. Indians should use locally made products and propagate them too,” Modi added.

The announcement of a ₹20 lakh crore package should bring more than just cheer to India Inc which has been staring at losses due to the nationwide lockdown since March 25. Earlier, experts had called for a stimulus package that will bring relief to industries.
Advertisement
“With economic activities being restricted for over 50 days now, the negative impact on the economy is expected to be even more significant than what we had earlier anticipated. CII recommends the government to announce an immediate stimulus package of ₹15 lakh crore, which translates into 7.5% of GDP,” said Vikram Kirloskar, president, Confederation of Indian Industry (CII).

SEE ALSO:
Lockdown 4.0 will have new characteristics and rules and they will be released before May 18, says Prime Minister Modi
PM Modi promises to ‘please everyone’ with his stimulus package
{{}} 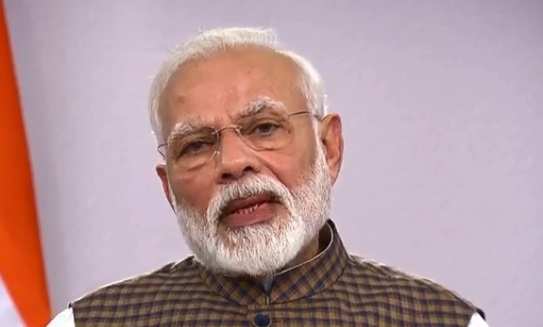 Lockdown 4.0 will have new characteristics and rules and they will be released before May 18, says Prime Minister Modi